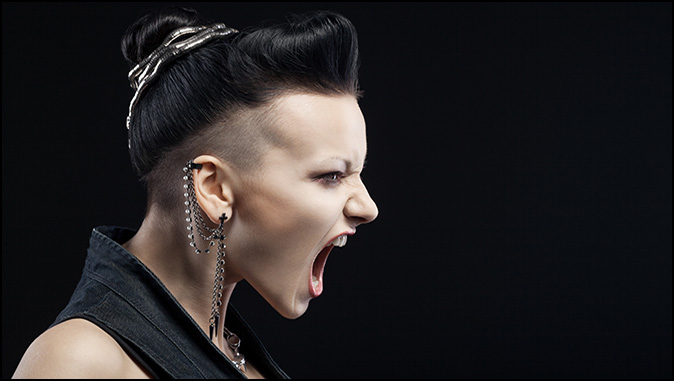 And They Cursed God
By Grant Phillips

Looking at the faces of those protesting outside the Supreme Court justices’ homes, one can’t help noticing the raging hate displayed upon the faces of those in attendance. The murder of children, whether in the womb or not, is an atrocity of evil insanity.

There is a group of people in our society that have no regard for a holy God and will do most anything, legal or not, to have their way. You know how it goes, “the squeaky wheel gets the grease,” and our leaders have been smearing on a lot of grease lately.

Whether it’s the murder of babies or twisted sexual perversions, it matters not, as long as they get their way. It reminds me of children having temper tantrums. Unfortunately, many parents just give in and allow the child to have what they want instead of what they really need. My parents knew what we needed and were quick to see we got it. I can assure you, there were no temper tantrums in our household.

Another thing that stands out, and is holding hands with these rebellious actions, is the liberty that is being taken with the truth. Lying has become so commonplace, one doesn’t know who or what to believe anymore. Our own President is one of the biggest whopper tellers of all.

Lying was another thing with my generation that parents frowned upon, to say the least. We quickly learned that it’s better to “fess-up” right from the start than to compound the problem with a lie.

“But know this, that in the last days perilous times will come: For men will be lovers of themselves, lovers of money, boasters, proud, blasphemers, disobedient to parents, unthankful, unholy, unloving, unforgiving, slanderers, without self-control, brutal, despisers of good, traitors, headstrong, haughty, lovers of pleasure rather than lovers of God, having a form of godliness but denying its power. And from such people turn away!” – (2 Timothy 3:1-5)

I’ve mentioned this before, but would like to repeat that I used to wonder why those enduring the judgments of the Tribulation would actually curse God instead of crying out for mercy. It makes no sense. Why would you curse the only one who can help you?

“And men were scorched with great heat, and they blasphemed the name of God who has power over these plagues; and they did not repent and give Him glory.” – (Revelation 16:9)

Perhaps you will agree that we live in a world where no one wants to accept responsibility for their own actions. Most people today immediately blame someone else for all their problems.

Until we repent and admit that we are sinners before a holy God, there can only be judgment ahead. Our heart must be changed. Contrary to popular opinion, man is not good, but evil continually.

“The heart is deceitful above all things, And desperately wicked; Who can know it?” – (Jeremiah 17:9)

The person who refuses to repent (change his mind about his need for a Savior) will never call upon the only One who can save his condemned soul. Instead, he will blame God and everyone else for his woes. Even as his circumstances grow worse and worse, his heart just gets harder and colder. However, the repentant man will receive mercy.

“He who covers his sins will not prosper, But whoever confesses and forsakes them will have mercy.” – (Proverbs 28:13)

Why would a man curse the very name of God, when God is his only salvation? King David tells us what the Lord told him.

“I have a message from God in my heart concerning the sinfulness of the wicked: There is no fear of God before their eyes. In their own eyes they flatter themselves too much to detect or hate their sin. The words of their mouths are wicked and deceitful; they fail to act wisely or do good. Even on their beds they plot evil; they commit themselves to a sinful course and do not reject what is wrong.” – (Psalm 36:1-4 NIV)

The Lord says through the apostle Paul that some will be past forgiveness during the Tribulation.

“And for this reason God will send them strong delusion, that they should believe the lie, that they all may be condemned who did not believe the truth but had pleasure in unrighteousness.” – (2 Thessalonians 2:11-12)

These condemned people will curse the very name of God as we are told in Revelation 16:9.

That can be avoided if they will repent (change their minds) now and call upon Jesus to save them.

“that if you confess with your mouth the Lord Jesus and believe in your heart that God has raised Him from the dead, you will be saved.” (Romans 10:9)