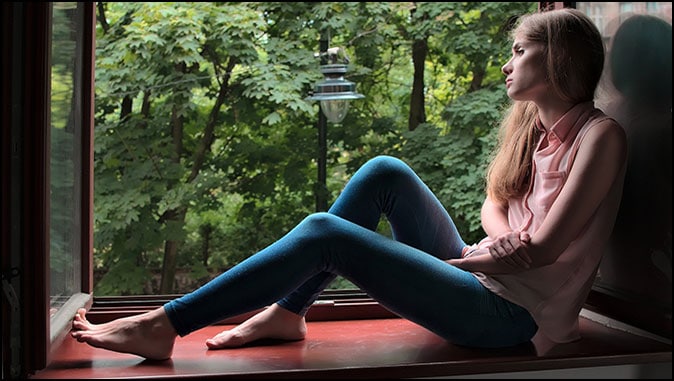 A Few Thoughts
By Grant Phillips

I don’t usually address miscellaneous events that get my attention, but these just jumped out at me. I am not referring to national events. Most are local that I feel have a message for each us.

KEEP THE CHANGE YOU FILTHY ANIMAL

(You might recall this phrase from the movie Home Alone.)

Since I’m retired, I’m the designated grocery shopper for the family. I’ve done this for several years now and probably know where items are as well or better than the employees of the stores I visit. It’s not uncommon for me to visit two or even three stores to purchase our groceries and household items. It all depends on who has the better quality and lower prices. By the way, lower prices aren’t always the best buy. To me at least, quality often wins out.

Anyway, after checking out at one national chain grocery store one morning I was surprised to learn that they no longer give any change, such as; pennies, nickels, dimes, etc., only paper money. Oh yes, this chain store and others are also allowing the customer to round up their cash purchase to the nearest dollar, but why won’t they round down instead?

Just minutes ago, I read that if a business in West Virginia wants to ban cash (paper money and coins) due to COVID-19, it is allowed. The business or businesses must post a notice on their storefront in order to not violate the Consumer Protection Act and other laws. So far, no businesses have followed suit.

I don’t know about you but I smell a rat. My sniffer may not be as sharp in my older years, but even I can smell the pungent stink of ‘control of the masses.’ It makes me think of the death-angel mist seen in the movie Ten Commandments, as it slowly creeps from house to house.

The Bible says, “And as it is appointed unto men once to die, but after this the judgment:” (Hebrews 9:27)

It is now mid-week, and already, this week, one man was killed while mowing. His riding mower fell over on him. Another man died when his UTV that he was riding hit a tree. A woman was drowned while swimming in a pond.

I may be wrong, but I believe all three of these deaths occurred Tuesday of this week. It is so sad when hearing of someone dying. My first thought is “Were they saved?” Then I think of their family.

All three of these deaths were obviously unexpected.

Each of them got out of bed that morning not knowing that it would be their last day on this earth.

One man walked out of his house, got on his riding mower to mow the grass, and his own mower killed him.

Another man walked out of his house, got on his UTV for a day of enjoyment and was killed by the very thing that brought him happiness.

A woman leaves her house and decides to go swimming in the pond, only to never touch land again … alive.

I believe I would be safe in saying that these freak accidents happen quite often around here, especially in the summer time. For example, it seems all too common to hear or read of a body being recovered from Lake Cumberland or Laurel Lake.

How many left their house that morning and were ready to meet God?

Folks, death can come without warning to any of us. Are you prepared to meet God?

WHO IS YOUR HERO?

My wife and I watched a movie one evening called Seven Pounds. Will Smith played a fellow named Ben who chose to do something very good for seven people. I won’t reveal any more about it in case you might want to watch it also. (You may want to click the fast-forward button at one point, as we did.)

I will say that the receivers of his gifts were very grateful, as would be expected. Have you ever considered how grateful we, who have received the greatest gift of all, should be?

God came down to earth, was born of a virgin, and lived among us. As a side thought, think about this. He is the only baby who ever named Himself before He was even born. (Luke 1:31) That isn’t all. He also died for our sins, was buried and rose on the third day so that you and I could be saved if we would believe in Him. (1 Corinthians 15:3-4)

What Jesus did for us can’t be topped by any act by anyone. Every morning I awake I am thankful that I belong to God Almighty, and it’s all possible because of what Jesus did for me … and you. It really doesn’t matter what happens with me today, because I know I am in His hands, and there is no safer place to be.

I must mention a brave little boy named Bridger Walker. He is from Wyoming and he is six years old. You may have read about him.

Apparently a German Shepherd mix lunged at his four year old sister. Little Bridger shielded his sister and took her place as he was viciously attacked. He had to undergo a two hour surgery that required 90 stitches to his face. His dad asked him why he jumped in between his sister and the dog. His response was, “If someone had to die, I thought it should be me.”

Of course you know where I’m going with this. Sin has attacked every person born upon this earth (except Jesus). On the cross of Golgotha (Calvary), Jesus jumped between us and the hounds from hell and took our place. Only He who is without sin, could pay our debt. God had to judge sin and Jesus took all the wrath of His own Father upon Himself for us. Jesus is my Hero. Is He yours?

“You were dead because of your sins and because your sinful nature was not yet cut away. Then God made you alive with Christ, for he forgave all our sins. He canceled the record of the charges against us and took it away by nailing it to the cross. In this way, he disarmed the spiritual rulers and authorities. He shamed them publicly by his victory over them on the cross.” (Colossians 2:13-15)

These verses are only applicable to those who know they are sinners and have put their trust in Jesus to save them. I have done so. Have you? We don’t know what tomorrow will bring. We don’t even know what today will bring, but if we have Jesus in our hearts, we have nothing to fear and everything to look forward to.

Want To vs. Have To: Discovering the Joy of Giving

Want To vs. Have To: Discovering the Joy of Giving A Bible Study by Jack…

Evangelism: Not Always Easy, but Worth It

Evangelism: Not Always Easy, but Worth It By Dr. Alex McFarland During a three-year-long renovation…

How Complicated is Salvation?

How Complicated is Salvation? By Dr. Andy Woods On his second missionary journey while in…