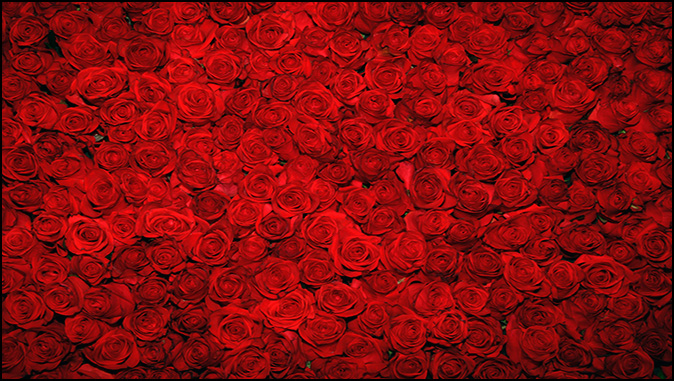 Where’s the Bed of Roses?
By Nathele Graham

Life can often become very disheartening. We see people around us prospering and enjoying excellent health. Or so it seems. We never know what lies behind the smiles. We don’t see that the apparent prosperity has come with a pile of credit card bills. We don’t see that the excellent health isn’t all that excellent. Troubles and trials affect everybody, but too often Christians think we should be exempt from all the hardships in this life. That just isn’t the way it works. You can search the Scriptures for years and never find that God promised a smooth and easy life once we give our life to Him. When Adam sinned, Paradise was lost and life in this world has been a struggle ever since. Of course, God told Adam what would happen if he ate from the tree of knowledge of good and evil. He chose to eat the fruit and death became a reality. Still, God loves His creation and gave us the only solution to eternal death caused by sin.

“For God so loved the world, that he gave his only begotten Son, that whosoever believeth in him should not perish, but have everlasting life. For God sent not his Son into the world to condemn the world; but that the world through him might be saved. He that believeth on him is not condemned: but he that believeth not is condemned already, because he hath not believed in the name of the only begotten Son of God.” – John 3:16-18.

Faith in Jesus Christ is the only way to be sure your sin is forgiven and that you spend eternity in the presence of God. That’s where real peace is to be found, not on earth. In this life we make many choices, and often those choices cause us pain and suffering. If you choice is to follow Christ in spite of the temptations of this world, you still will face difficult situations, but serving Christ with a joyful heart eases the pain.

From Adam on, life has been a struggle. Disease, rebellion to God, and death, have plagued humanity for thousands of years since Adam’s disobedience. He knew the consequences of his actions, but ate the forbidden fruit anyway. We choose to sin, too, knowing full well the consequences.

“For the wages of sin is death, but the gift of God is eternal life through Jesus Christ our Lord.” – Romans 6:23.

Much of the unhappiness and disease in our life is caused by our own choices. Is diabetes an issue in your life? Have you followed a healthy diet, or do you live on junk food? That’s a bad choice. Do you have lung disease? Do you smoke? Smoking isn’t a wise choice. Do you have a socially transmitted disease? Do you disobey God’s rule about sexual activity only being within a one man/one woman marriage? If so, then you’ve made your own choice. God will forgive the sin if you repent and turn away from it, but the consequences He may not heal. Scripture reveals that we are to make wise choices. Jesus chose to enter His creation knowing He would shed His blood for our salvation. In Mark chapter 8, we see Jesus explaining this to His disciples.

“And he began to teach them, that the Son of man must suffer many things, and be rejected of the elders, and of the chief priests, and scribes, and be killed, and after three days rise again.” – Mark 8:31.

Jesus chose obedience and submission to God the Father. His human side knew the pain He would face, but the God side of Him knew it was the only way to redeem mankind. Peter rebuked Him; Peter didn’t understand. Can you imagine rebuking God? I’m sure Peter had all the best intentions, but rebuking God is a bit arrogant. Jesus was stern with him.

I think we can understand Peter’s thinking at the time. He had no idea why Jesus had to die and Peter was very comfortable being a rebel to the Jewish leaders, as long as Jesus was there with him. It would make sense by human understanding that Jesus should have an easy life because He was God and shouldn’t have to suffer. Peter forgot to read prophecy and he forgot to trust Jesus.

“But when he had turned about and looked on his disciples, he rebuked Peter, saying, Get thee behind me, Satan: for thou savourest not the things that be of God, but the things that be of men. And when he had called the people unto him with his disciples also, he said unto them, Whosoever will come after me, let him deny himself, and take up his cross, and follow me. For whosoever will save his life shall lose it; but whosoever shall lose his life for my sake and the gospel’s, the same shall save it. For what shall it profit a man, if he shall gain the whole world, and lose his own soul? Or what shall a man give in exchange for his soul?” – Mark 8:34-37.

Jesus didn’t describe a bed of roses for His followers. Taking up a cross was a very graphic picture of death and everyone listening knew what it meant. Today, Jesus might have said “Stand before a firing squad” or “Sit in the electric chair”. Still, there was more submission involved in taking up a cross. Jesus did it by choice, and we need to choose to surrender our favorite sins and nail them to the cross in order to honor Christ.

I’m sure there must have been a few of those first Christians who didn’t seem to suffer in order to follow Jesus. Barnabas comes to mind.

“And Joses, who by the apostles was surnamed Barnabas, (which is, being interpreted, The son of consolation,) a Levite, and of the country of Cyprus.” – Acts 4:36.

He must have been an interesting man. He was a Christian, and for a Levite that was a big step. What did he give up to become a Christian? Because he was a Levite, he was to attend to the Temple, a very honorable Jewish profession. We also know that he was a man who had property in Cyprus, which he cheerfully sold in order to aid fellow Christians in need.

Many Christians were in great need because they had chosen to forfeit everything in order to follow Christ. Most no longer had jobs, family had rejected them, and there was a great need. Christians are supposed to help fellow Christians, and Barnabas is an example of giving with joy. He sold what he had in order to serve Christ while serving others. It was also Barnabas who first befriended Paul, then accompanied him in the mission field. Yes, Barnabas must have been a very happy man, in spite of hardship. What all he did, he did to glorify Christ.

Speaking of Paul, was there ever a more faithful servant of our Lord than Paul? He certainly didn’t have an easy life after he met Jesus. Paul surrendered his entire self to Christ. He walked away from his high standing in the Jewish community, any wealth that had been his was forfeited as he served Christ. He travelled the mission field, not lodging at five-star hotels, but quite often sleeping in jail cells. He was beaten, dragged out of town to die, he was shipwrecked, snake bit, and generally suffered much loss and discomfort. In spite of it all, he spread the Gospel with joy. He loved the people he brought to salvation, and he collected money to help Christians during times of drought and trouble. Paul didn’t really enjoy the pain he endured in serving Christ, but accepted God’s will.

“And lest I should be exalted above measure through the abundance of the revelations, there was given to me a thorn in the flesh, the messenger of Satan to buffet me, lest I should be exalted above measure. For this thing I besought the Lord thrice, that it might depart from me. And he said unto me, my grace is sufficient for thee: for my strength is made perfect in weakness Most gladly therefore will I rather glory in my infirmities, that the power of Christ may rest upon me.” – 2 Corinthians 12:7-9.

Maybe you’re missing the bed of roses because you only see the thorns.

Jesus told us how to ease the thorns in life by showing love to others even if we are mistreated.

“But I say unto you, Love your enemies, bless them that curse you, do good to them that hate you, and pray for them which despitefully use you, and persecute you; that ye may be the children of your Father which is in heaven: for he maketh his sun to rise on the evil and on the good, and sendeth rain on the just and the unjust.” – Matthew 5:44-45.

Sun and rain make roses grow in spite of the thorns. If we choose to respond with anger to everyone who offends us, we end up with a bed of thorns instead of roses, and a life that doesn’t reflect Christ. Roses have thorns, so if we happen to have an easy life, it’s because we choose to see the roses, not the thorns.

In life we make choices. We can choose to see the roses or see the thorns. We will see more roses if we choose to cheerfully submit our life to Christ, and glorify Him in all we do.