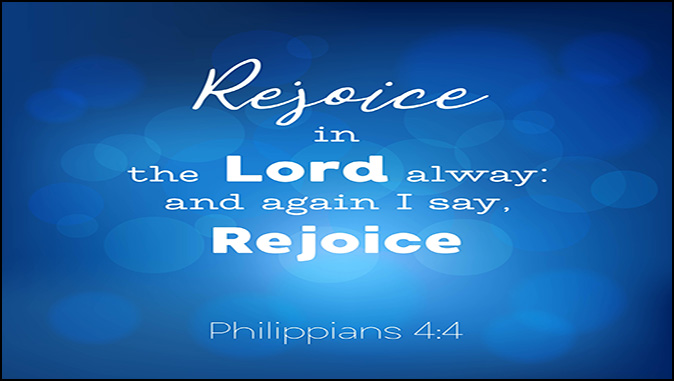 What Do You Do When Life Gets Rough?
By Nathele Graham

King David was a man who loved God. He was anointed King of Israel and ruled as a fair and just king He loved the Lord. He still lived in a fallen world where things go wrong David had a large family, and his son, Absalom, was very rebellious. He certainly didn’t honor God, nor did he honor his father; he set about taking the kingdom from David. David was chosen to be king by God, so when Absalom came against David, but he also came against God. Absalom put on quite a show, the majority of David’s body guard turned against him and followed Absalom. There were only 600 faithful servants who stood by David. It was dangerous to stay in Jerusalem, so David decided to flee to flee.

“And David said unto all his servants that were with him at Jerusalem, Arise, and let us flee, for we shall not else escape from Absalom: make speed to depart, lest he overtake us suddenly, and bring evil upon us, and smite the city with the edge of the sword.” 2 Samuel 15:14.

It’s nothing new for evil men to usurp political power. David was the rightful king anointed by God, yet Absalom, who was full of pride and hatred, temporarily took control of the kingdom. Not only was David disheartened by his countrymen turning against him, but he must have been especially hurt that his son could be so cruel. Even at the worst of times, David’s heart was turned to the Lord. Psalm 63 was written during this time of living in the wilderness

“[[A Psalm of David, when he was in the wilderness of Judah.]] O God, thou art my God; early will I seek thee: my soul thirsteth for thee, my flesh longeth for thee in a dry and thirsty land, where no water is; to see thy power and thy glory, so as I have seen thee in the sanctuary.” Psalm 63:1-2.

David faced his trials and challenges by seeking God. First, he wasn’t ashamed to declare that he loved God, even in bad times. He assured himself and anybody who reads this psalm, that God was his God. David didn’t just give lip service to God. He actively sought after the Lord. His love for God wasn’t superficial for a show, but David earnestly sought to please God. The wilderness he traveled through wasn’t filled with running water or any other comfort, but that dry and thirsty land was a picture of David’s need for God. God’s power and glory can manifest anywhere, and David longed to see that power. Today, the entire world is going through trying times. Evil governments, wars, and plagues make us feel as if we are running through the wilderness like David. Do we lament over our plight or do we seek God? If Christians would quit bellyaching, and seek God and obey His words, we just might feel strengthened and actually sing God’s praise.

“Because thy lovingkindness is better than life, my lips shall praise thee. Thus will I bless thee while I live: I will lift up my hands in thy name.” Psalm 63:3-4.

Life is temporary, but God is eternal. His love far exceeds anything this world has to offer.

“Whereas ye know not what shall be on the morrow. For what is your life? It is even a vapour, that appeareth for a little time, and then vanisheth away.” James 4:14.

God’s lovingkindness is without bounds. Even when life seems to be too difficult? Even when heartache and fear plague our minds, hearts, and souls? Especially in those times. We can’t see God’s full plan but we need to trust Him and praise Him. He has given us everything, and Christians are the only people who have hope. Our hope is in Christ No matter what we face, salvation is ours. That salvation is only found through the shed blood of Christ on the cross, and His resurrection. He gave everything to save us from an eternity of separation from Him, now that’s worth remembering in times of trouble.

“Rejoice in the Lord alway: and again I say Rejoice.” Philippians 4:4.

While we live in this life, we should lift up our hands in the name of Jesus Christ and praise Him.

“My soul shall be satisfied as with marrow and fatness; and my mouth shall praise thee with joyful lips: when I remember thee upon my bed, and meditate on thee in the night watches.” Psalm 63:5-6.

David was king and had the best food possible. In the wilderness he wasn’t served with the finest meat. Instead of prime rib cooked to perfection, he ate jerky! This fact didn’t discourage David. He was in a place where there were no comforts at all, but by setting his thoughts upon the Lord, he allowed himself to feel the satisfaction of knowing comforts of the Lord.

“Not that I speak in respect of want: for I have learned, in whatsoever state I am, therewith to be content I know both how to be abased, and I know how to abound: every where and in all things I am instructed both to be full and to be hungry, both to abound and to suffer need. I can do all things through Christ which strengtheneth me.” Philippians 4: 11-13.

Too many people today think they need the best of everything in order to praise God. What if those comforts are suddenly taken away? Do you blame God? There is much evil in this world, and as each day passes, we draw closer to the Rapture. What a glorious event that will be for Christians! The people who have rejected Christ won’t be so blessed. Things will be worse than can be imagined. Worse than the wilderness in which David travelled. There will be a few people who will realize that they should have placed their faith in Jesus and will turn to Him. They are known as the “tribulation saints”. It will be difficult to raise their hands in praise and sing His praises. Their faith will bring death. It’s challenging today to praise God and not be mocked, or find censorship. Don’t be discouraged, but keep singing His praises and standing upon His truth in spite of the world trying to silence our praise. Satan is behind all the evil we see around us, but God is with His faithful.

“Because thou hast been my help, therefore in the shadow of thy wings will I rejoice.” Psalm 63:7.

God was David’s help, and He is our help today. David sought after the Lord with all his heart. Even though he sometimes failed in his walk with the Lord, he earnestly repented and started again. David lived long before Jesus died on the cross, but he still looked forward to the coming Messiah. He saw all the ways God had blessed him and helped him, and was able to rejoice in the Lord because he knew God wouldn’t let him down Today we can look back and see the sacrifice of Jesus, and know that our eternity is safe. We can be certain that whatever wilderness we travel through, God is with us.

“For by grace are ye saved through faith; and that not of yourselves: it is the gift of God: not of works lest any man should boast.” Ephesians 2:8-9.

“My soul followeth hard after thee: thy right had upholdeth me. But those that seek my soul, to destroy it, shall go into the lower parts of the earth. They shall fall by the sword: they shall be a portion for foxes.” Psalm 63:8-10.

David didn’t just give God an hour a week of praise and worship. He gave his all to seeking after the Lord. Even in the wilderness David knew that his strength was found in the Lord, and he didn’t doubt God’s protection. His enemies, even his own son, would die and be food for the wild things. Absalom was filled with pride. One of the things he took pride in was his hair. His pride would bring his death:

“And Absalom met the servants of David. And Absalom rode upon a mule, and the mule went under the thick boughs of a great oak, and his head caught hold of the oak, and he was taken up between the heaven and the earth; and the mule that was under him went away.” 2 Samuel 18:9.

Pride will always destroy a person, but the Christian who seeks the Lord diligently will find strength and the courage to face the world in humbleness. God will be our strength in all situations. Praise God!

“But the king shall rejoice in God; every one that sweareth by him shall glory: but the mouth of them that speak lies shall be stopped.” Psalm 63:11.

Wouldn’t it be wonderful to have a king, president, prime minister, or other government leader who would rejoice in the one true God? What a different world it would be. Today world leaders are full of lies, deceit, and bow before the evil power of Satan. One day all liars will be silenced. One day everybody will bow before God.

“For it is written, As I live, saith the Lord, every knee shall bow to me, and every tongue shall confess to God” Romans 14:11.

That is quoted from Isaiah 45:23. Until that day, let’s just keep singing praises to God. He deserves our praise.

When life gets rough, we have two choices. We can sit around having a pity party, or we can lift our hands and voices in praise of Jesus Christ, our Saviour. I choose to praise Him.