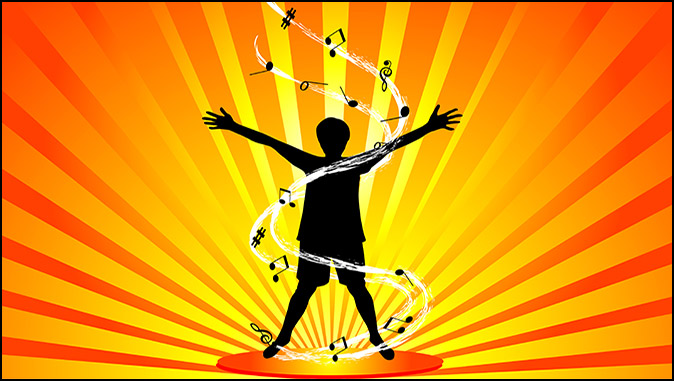 Sing Praises To Our King
By Nathele Graham

When I was young, Christmas was about Christ. I sang in a church choir and we began practicing our Christmas songs long before December. When I was in the eighth grade, my teacher made arrangements for the class to be dismissed from school to walk around the small town in which I lived and sing Christmas songs, including “Silent Night” and other Christian carols. We sang about a little town called Bethlehem, and about shepherds who were the first ones to find Jesus lying in a manger. We sang about angels who proclaimed “Glory to God in the highest, and on earth peace, good will towards men”. Luke 2:14. Today, public schools seem to be more interested in teaching everything that’s contrary to God, and our children are the ones who are the losers. If Christians continue to keep silent, Satan will win the Spiritual battle that’s being fought all around us. Sadly, our children are the target of many lies.

In today’s world, it’s not politically correct to mention Jesus, let alone publicly sing about Him. When I was a child, I remember thinking about the words to the carols and trying to feel what the people in the songs felt. Away in a manger, no crib for His bed. The little Lord Jesus lay down His sweet head. How did Mary feel when she gave birth to God’s son in a manger? “While shepherds watched their flocks by night, all seated on the ground. The angel of the Lord came down and glory shown around…” How did the shepherds feel when the angels appeared to them.

“And, lo, the angel of the Lord came upon them, and the glory of the Lord shone round about them: and they were sore afraid…” – Luke 2:9.

I’m sure they were terrified Anyone would be very afraid to see an angel appear. The angel had a message that the whole world needs to here, “And the angel said unto them, Fear not: for, behold, I bring you good tidings of great joy, which shall be to all people.” Luke 2:10.

Shepherds had a very important job, but weren’t well respected by mankind. Still, it was the shepherds to whom God chose to send angels to announce the birth of the Messiah. I always thought it was odd that the angels didn’t go to the religious leaders to announce the birth of Christ. As I got older, I understood that the Pharisees wouldn’t have accepted their Messiah, but the shepherds weren’t blinded by religious rituals and greed. The Scribes and Pharisees should have been aware that the time was right for the birth of their Messiah. Unfortunately, they weren’t even looking for Him.

“Therefore the Lord himself shall give you a sign; Behold, a virgin shall conceive, and bear a son, and shall call his name Immanuel.” – Isaiah 7:14.

I often wonder if they knew about prophecy but couldn’t imagine it being fulfilled in their lifetime, or if they just didn’t care at all. Maybe they read God’s words but twisted them to make prophecy more “reasonable”. After all, how could a virgin give birth? God couldn’t have really meant a virgin; He must have meant a young woman. That’s more reasonable. The fact is, many, many young women gave birth, so how could that be a sign of anything? Mary was a virgin, at least until she gave birth to Jesus. After His birth, she and Joseph had a normal marriage which produced sons and daughters. Twisting Scripture didn’t stop with the Pharisees. Today, many preachers care more about tickling ears than teaching God’s truth. Study Scripture so you won’t be duped.

Christmas is a time to celebrate the birth of the Son of God, but as we go shopping for those special gifts for friends and family, the stores play music about a reindeer with a red nose, and a snowman that comes to life, and a mythical being called Santa Claus. Schools promote many lies that undermine God’s truth (evolution, transgender, trans-species etc.) and parents have allowed this stupidity. That’s a very sad comment about parents today. I don’t understand how a Christian who is a school teacher can teach the lies to children. It’s the parent’s responsibility to teach truth to their children, but God isn’t honored in most homes.

Today public schools have “winter break” (when I was in school it was called “Christmas vacation”) so teachers can have two weeks off. It’s important to the secular world that truth is suppressed. Satan is passing his lies off as “politically correct” and Christians feel guilty about being true to God. Christians are willingly being silenced by the darkness of Satan. Instead of wishing people a Merry Christmas, we follow the world in saying “Seasons Greetings” or “Happy Holidays”. Why do we do that? So that we don’t offend others? Remember that if we don’t speak up, we make it possible for friends and family to never hear the truth that they are in need of salvation through Jesus Christ. Christmas is a time when we have many opportunities to witness to others about Jesus. We seem to be more concerned about not offending someone with God’s truth than with their salvation We forget that everyone, even our children, need to know and share the Gospel. We have allowed the secular world to silence us.

There’s no need to be obnoxious in our words and actions, but we need to overcome our fear and allow the Holy Spirit to work through us and speak up for Christ. We have allowed the darkness of the world, led by Satan, to dim the Light of God in us.

“Let your light so shine before men, that they may see your good works, and glorify your Father which is in heaven.” – Matthew 5:16.

As you stand in a line to check out at a grocery store, quietly hum “Away in a Manger”, or “Joy to the World”. If you own a business, play Christian Christmas carols in the office. Greet customers with a heartfelt “Merry Christmas”, and a warm smile.

There are many ways to make Christ known to others during the Christmas season. Don’t be afraid proclaim His birth! The Holy Spirit will give you strength and courage to make God’s love known to others. Make it your goal this year to be sure your children understand what Christmas is really about. Sing praises to our King!