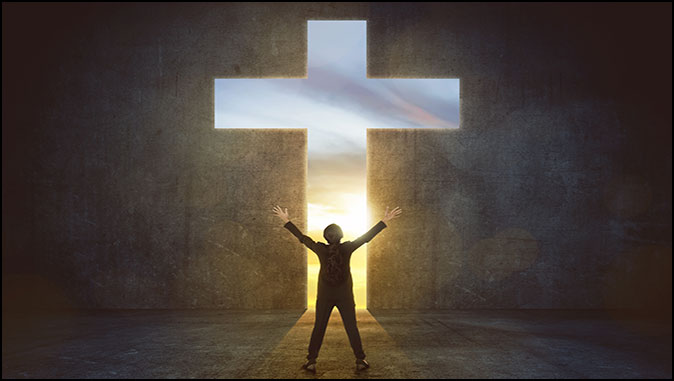 Praise Ye The Lord
By Ron and Nathele Graham

The Psalms are loved by most of us who love the Lord. We often think of King David when we think of the Psalms, but there were many men who wrote them. Some of the psalms strengthen us in times of need. Quite often we can read elsewhere in Scripture the circumstances that inspired a certain psalm. For instance, Psalm 51 is one written by King David at a very dark time of his life. His sin was great and he risked losing his salvation because of his actions. His repentance was genuine and it’s easy to feel his remorse when reading this Psalm. Other psalms were written when the enemy was attacking, and God’s intervention was needed. Some are encouraging, such as Psalm 23. Some are written for the sole purpose of praising the Lord. These can take one’s breath away, from the pure and joyous praise of the Lord!

“Praise ye the LORD. Praise God in his sanctuary: praise him in the firmament of his power.” – Psalm 150:1.

The Hebrew word for “praise” is “halal” and that is what Psalm 151 is all about. Praise Him in His sanctuary and praise Him in the firmament of his power. In other words, praise Him everywhere and at all times.

“Praise him for his mighty acts: praise him according to his excellent greatness.” – Psalm 150:2

Do you take time to praise the Lord? Or are your prayers more along the lines of what you need from God? Can you think of anything to praise Him for? How about the fact that He entered this world and humbly gave us the example we are to follow? How about the fact that He shed His blood to purchase your salvation? That sure seems like it’s worth a word or two of praise. When this psalm was written, God had done many, many amazing things that were worthy of praise. He created the world and all that’s in it. He called Abraham to be the father of God’s people. He had promised land to his descendants. God had been faithful to His promises, making it possible for Abraham’s wife Sarah to bear a child long after she had passed child-bearing age. He led the Israelites from captivity in Egypt, parted the Red Sea so they could pass through. He fed them every morning with manna for the day. He caused water to flow from a rock. God did all these wonders, and He is to be praised. Since then, He’s He has done so much more. He gave His life on Calvary. Praise ye the Lord!

Can you play a musical instrument? If so, do you use your talent to praise the Lord? The three instruments named here are loud. Especially the trumpet. Our praise for the Lord isn’t to be quietly hidden so nobody hears our praise. Does this mean it’s supposed to be chaotic? No, but He’s done everything for you, so why not let the world know? Elsewhere in Psalms, we’re told,

Are you one to sit quietly in your pew, barely singing above a whisper, while others are lifting their hands in praise and clapping? Even swaying in rhythm? Praise the Lord with all that is within you. He can hear your thoughts, but loves to hear your voice. Again, the timbrel, stringed instruments and organs aren’t quiet instruments. A timbrel is a tambourine, and an organ is a type of flute or a reed instrument.

Be honest. Are cymbals a muted instrument? Something that quietly plays in the background? Not hardly. Cymbals make a lot of noise, and the psalmist says to use “loud” cymbals and “high sounding” cymbals. These aren’t the tinkling finger cymbals used in some forms of dance. Let the world know you’re praising the Lord of all creation.

Do you have breath? Then, praise the Lord! Let Him hear your voice and let the neighbors hear your songs of praise. One day soon, everyone will see Jesus. Christians will be called Home in the Rapture, then there will be a time of Great Tribulation. A time when evil is worse than ever before. If you accept Christ after the Rapture and sing His praise, you will be martyred At the end of that seven-year period of time, Jesus will appear and fight for Israel. Of course, He wins. At that time, everyone will bow before Him:

“For it is written, As I live, saith the Lord, every knee shall bow to me, and every tongue shall confess to God.” – Romans 14:11.

A wise person will bow before Him now and confess to Him. When Jesus rode into Jerusalem on a colt a few days before His crucifixion, the people couldn’t hold back their praises to Him. The religious leaders were angry because the people were praising the Messiah.

“And some of the Pharisees from among the multitude said unto him, Master, rebuke thy disciples. And he answered and said unto them, I tell you that, if these should hold their peace, the stones would immediately cry out.” – Luke 19:39-40.

If even stones can cry out in praise, shouldn’t those of us who have breath in us and who have been redeemed sing His praise? The answer is yes.

There is a time when we need to just allow the majesty of God to wash over us and solemnly praise Him. For instance, Isaiah and John both were privileged to see the throne of God. What an awe-inspiring sight that must have been. Both men saw living beings around the throne. Isaiah called them seraphim. These beings praised God.

“And one cried unto another, and said, Holy, holy, holy, is the LORD of hosts: the whole earth is full of his glory.” – Isaiah 6:3.

“And the four beasts had each of them six wings about him, and they were full of eyes within: and they rest not day and night, saying, Holy, holy, holy, Lord God Almighty, which was, and Is and is to come.” – Revelation 4:8.

These living creatures praise God all day and all night. Shouldn’t we praise Him too? He gave us all that we have. He gave us life, both in this world and the next. We don’t have much choice as to our situation in this life. Some are born to riches, while others are born to poverty. Most of us are somewhere in between. It’s the choices we make in this life that determines where we will spend eternity. Eternal life should be on your mind and heart. If you’ve rejected Christ, and the eternal life His death, burial, and resurrection gives, then you’ve chosen eternity in the lake of fire that burns forever.

Life can be tough. Things happen that can steal our joy. We lose loved ones, our health suffers, our finances might not stretch from paycheck to paycheck. When the psalmist says to praise God, there is no qualifying words…praise God if your bills are paid, or praise God if you’re healthy. Those are reasons to praise God, but the Apostle Paul tells us:

Paul suffered much in his life, and some of that suffering happened in Philippi when he cast a demon out of a woman, which caused her “owners” to bring charges against him. This resulted in him being beaten and thrown into prison. What did Paul and Silas do in that jail? They didn’t have a pity-party.

There was an earthquake, the prison was shaken, and the chains fell off. The prisoners could have escaped, but the witness of Paul and Silas affected everyone who heard. No prisoner escaped. This would have meant the keeper of the prison would have been held responsible. That man was ready to commit suicide because he assumed the prisoners had escaped.

The keeper of the prison was truly thankful, and because of the praises of Paul and Silas he knew he needed what they had. He was changed.

“And brought them out, and said, Sirs, what must I do to be saved? And they said, Believe on the Lord Jesus Christ, and thou shalt be saved, and thy house.” Acts 16:30-31.

You might be surprised how your praise for the Lord affects people around you. I heard of a man who would hum “Jesus Loves Me” in an elevator. How many people heard the song, and carried Jesus with them for the rest of the day? Only God knows.

Sometimes we need encouragement to get through a day. We all have spiritual battles we face, and sometimes it’s very hard to sing out in praise. We can get weary fighting the battles around us. The battles in life aren’t anything new. Neither is our need for encouragement from others. Even Moses needed help on occasion. In Exodus 17 we read about a battle against Amalek. Joshua let the battle, and Moses, Aaron, and Hur stood on the top of a hill.

“And it came to pass, when Moses held up his hand, that Israel prevailed: and when he let down his hand, Amalek prevailed.” – Exodus 17:11.

Sometimes we all grow weary, but if we are a part of a Christian fellowship, we should never have to stand alone.

“But Moses’ hands were heavy; and they took a stone, and put it under him, and he sat thereon; and Aaron and Hur stayed up his hands, the one on the one side, and the other on the other side; and his hands were steady until the going down of the sun.” – Exodus 17:12.

Do you know anybody who is growing weary of fighting the spiritual battle around us? Satan seems to be attacking Christians with zeal. We need each other. Sometimes we need to have help in raising our hands in praise, but at other times we need to be the support for our fellow Christians. Don’t lose heart, but praise the Lord.

Sing His praise…speak His praise…but at all times “…Praise ye the LORD” – Psalm 150:6b.

Where Will You Stand?

Where Will You Stand? By Nathele Graham “For the wrath of God is revealed from…

Growing in the Knowledge and Grace of Christ

Praise Him! By Nathele Graham There are many great hymns that inspire, encourage, and praise…

Conviction Or Condemnation? By Nathele Graham Are you trying to draw closer to God, but…

No Greater Love By Nathele Graham Love is essential to humans. The love of a…

Born in a Manger, Crucified on a Cross

Born in a Manger, Crucified on a Cross By Nathele Graham “For the wages of…