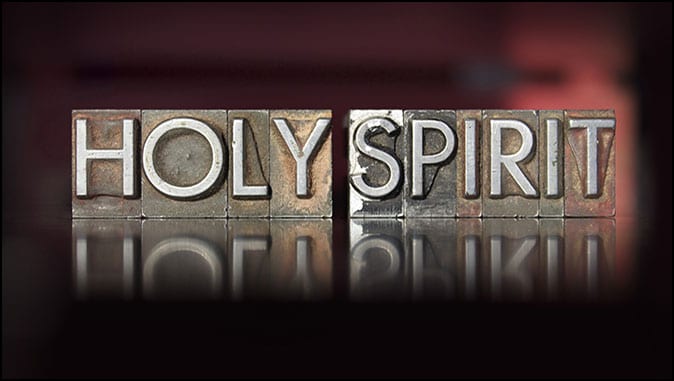 The Holy Spirit is probably the least recognized Person of the Godhead. Even so, He is equally God, along with God the Father and God the Son. The Holy Spirit doesn’t draw attention to Himself, but quietly works in the life of every Christian if we let Him. Although He was very busy during Old Testament times, He wasn’t sealed inside of people. He led and influenced those who believed in God, but He could leave them at any time. We read examples of the Holy Spirit coming upon people in the Old Testament in 1 Samuel 11:6, 1 Chronicles 12:18, 2 Chronicles 15:1and 2 Chronicles 24:20, among other passages. The Holy Spirit led men like Abraham to leave the pagan world behind and serve the true God. King David, a sinner like you and me, was in fear that the Holy Spirit would leave him after his sin with Bathsheba. God’s prophets received their prophecies through the Holy Spirit, unlike false prophets who are led by Satan and can only spread lies. “All scripture is given by inspiration of God, and is profitable for doctrine, for reproof, for correction, for instruction in righteousness: that the man of God may be perfect, throughly furnished unto all good works.” 2 Timothy 3:16-17. The phrase “inspiration of God” comes from two Greek words, theos meaning “God” and pneo meaning “to breathe”. Scripture is evidence of the Holy Spirit’s work, and in the original languages it is infallible.

The Jewish nation looked forward to the coming Messiah for centuries. The disciples were Jewish, so they were also looking for the Messiah, and some had followed John the Baptist, who was the one preparing the way for the Messiah. John’s ministry had been prophesied by Isaiah (Isaiah 40:3). One day Jesus had asked His disciples who people thought He was. It seems there was a variety of ideas, but then Jesus asked “He saith unto them, But whom say ye that I am? And Simon Peter answered and said, Thou art the Christ, the Son of the Living God”. Matthew 16:15-16. Like today, people have many ideas about Jesus, but Peter got it right. Peter still didn’t understand what Jesus would have to do, and Peter probably was looking for the Messiah who would free Israel, not give eternal life. The Holy Spirit didn’t indwell believers yet, so the disciples still had a lot to learn. Prior to His crucifixion, Jesus had promised to send the Comforter. “And I will pray the Father, and he shall give you another Comforter, that he may abide with you for ever; even the Spirit of truth; whom the world cannot receive, because it seeth him not, neither knoweth him: but ye know him; for he dwelleth with you, and shall be in you.” John 14:16-17. The Holy Spirit would indwell them, (and us) and teach them (and us) all things. “But the Comforter, which is the Holy Ghost, whom the Father will send in my name, he shall teach you all things, and bring all things to your remembrance, whatsoever I have said unto you.” John 14:26. They still had no understanding of Christ’s impending death, burial, and resurrection, and certainly were confused about these words.

Their hopes were shattered when they saw Him die and saw Him be buried. They were eyewitnesses to those two elements of eternal salvation, but the resurrection was yet to come. It wasn’t until the third day after His burial that the tomb was found empty, but they still couldn’t wrap their minds around what had happened. They gathered together in fear behind closed doors. Suddenly their fear turned to amazement and joy. Jesus entered the room! “And when he had so said, he shewed unto them his hands and his side. Then were the disciples glad, when they saw the Lord.” John 20:20. Those nail prints and the wound in His side were proof that He had been crucified. That’s when they believed in the death, burial, AND the resurrection of Jesus Christ “Then said Jesus to them again, Peace be unto you: as my Father hath sent me, even so send I you. And when he had said this, he breathed on them, and saith unto them, Receive ye the Holy Ghost:” John 20:21-22. Now they were Christians. They believed in the death, burial, and resurrection of Jesus and received the indwelling of the Holy Spirit. The word “receive” comes from the Greek word lambano, which means to take and not let go, to seize, to take possession of. This indwelling is unique to Christians.

There was still more to come. They had received the Holy Spirit, but they were to wait in Jerusalem for the promise of the Father. “For John truly baptized with water; but ye shall be baptized with the Holy Ghost not many days hence.” Acts 1:5. We usually think of being immersed in water when talking of baptism, but the Greek word baptizo doesn’t confine this to water. Jesus, the authority in all things, promises baptism with the Holy Ghost. So, the men waited in Jerusalem. It was still a mystery to them, but they had learned to obey Jesus by faith rather than twisting His words to mean what they thought He meant. They weren’t disappointed. “And when the day of Pentecost was fully come, they were all with one accord in one place. And suddenly there came a sound from heaven as of a rushing mighty wind, and it filled all the house where they were sitting. And there appeared unto them cloven tongues like as of fire, and it sat upon each of them. And they were filled with the Holy Ghost, and began to speak with other tongues, as the Spirit gave them utterance.” Acts 2:1-4. This gift was different than what they, and all believers, received when they believed. This was power that came upon them…fire from Heaven. Jesus called it “…baptized with the Holy Ghost…”. This baptism brought gifts, and in this case, they spoke in other tongues. This power would be available to them as they spread the Gospel. It’s available to us, too, if we don’t quench the power of the Holy Spirit within us.

Years later, the Apostle Paul would explain the Gospel to the Christians in Corinth “For I delivered unto you first of all that which I also received, how that Christ died for our sins according to the scriptures; and that he was buried, and that he rose again the third day according to the scriptures:” 1 Corinthians 15:3-4. Notice, Paul preached the same Gospel which he received, which was the same Gospel those first disciples were eyewitnesses to…the death, burial, and resurrection of Jesus Christ. Jesus had given His disciples the commission to preach the Gospel to all the world “And he said unto them, Go ye into all the world, and preach the gospel to every creature.” Mark 16:15. If Matthew, Peter, John, and the others had done “mission work” in the manner which it’s done today, the Gospel would have died. They preached the death, burial, and resurrection of Jesus Christ instead of using gimmicks. Because they were faithful, Paul heard the true Gospel and spread it on his mission journeys. Many who heard believed and received the Holy Spirit. Paul understood about receiving the Holy Spirit and wrote much about it. When we first repent and ask Christ into our life, we are sealed with the Holy Spirit, just as the disciples were when Christ breathed on them. “That we should be to the praise of his glory, who first trusted in Christ. In whom ye also trusted, after that ye heard the word of truth, the gospel of your salvation: in whom also after that ye believed, ye were sealed with that holy Spirit of promise, which is the earnest of our inheritance until the redemption of the purchased possession, unto the praise of his glory.” Ephesians 1:12-14. Knowing that the Holy Spirit is sealed within you should make a difference in how you live, how you react to situations, and how you speak to other people. You take God with you wherever you go, so remember that fact when judging people, embracing sin, or letting anger rule your life. “And grieve not the holy Spirit of God, whereby ye are sealed unto the day of redemption.” Ephesians 4:30. Remember, to honor God in all you do.

“And be not drunk with wine, wherein is excess; but be filled with the Spirit;” Ephesians 5:18. God the Holy Spirit lives in you, so let Him guide all your ways.

A Mighty Fortress By Nathele Graham “The LORD is my rock, and my fortress, and…

We Need God-Fearing Shepherds By Nathele Graham David knew his Shepherd, and wrote psalms of…

Why Study Prophecy? By Nathele Graham It takes study to understand prophecy. To gain some…