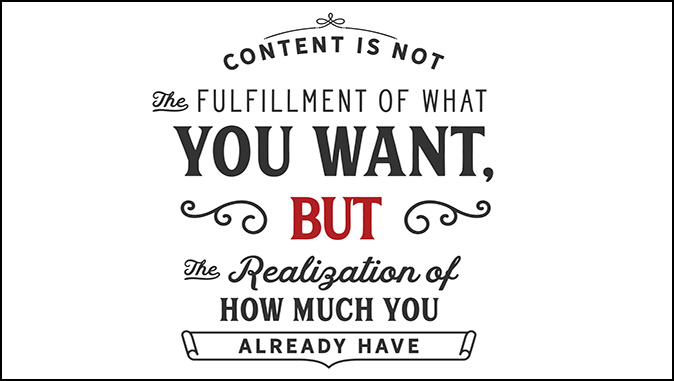 Hardships and fear are two things that can spoil the peace God wants for us. It’s up to each of us to choose how we handle our troubles. Some troubles are worse than others, but when you are the one facing a tough situation, choose to honor God. The best place to learn how to handle life’s troubles, is to look to Scripture. Can you find any one of the heroes listed in Hebrews chapter 11, who didn’t face adversity? Each one faced problem, but rose above the situation as they depended upon God. Abel was hated by his brother Cain, but honored God with proper sacrifices. Enoch lived in a time before God’s judgment, but in spite of the wickedness in the world, he walked with God and didn’t walk with Satan. Noah chose to follow God’s ways in spite of the wickedness, and his faith was rewarded. In the Old Testament we read about King David who faced lots of adversity, but as we read his story, we can see some of his problems came from making bad choices, such as impregnating Bathsheba then making sure her husband died in battle. David’s sons, Amnon and Absalom, were bad dudes. Amnon raped his sister, Tamar, and Absalom usurped the Kingdom from David and tried to kill David. Maybe they should have been disciplined more as children, and maybe they should have been schooled in God’s law. No matter what, David found peace in the Lord. Everyone sins. Anger is a sin. Disrespecting parents is a sin. Putting anything ahead of God is a sin. Read through the 10 Commandments and see which ones you break.

“For the wages of sin is death; but the gift of God is eternal life through Jesus Christ our Lord.” – Romans 6:23.

We all deserve God’s punishment, but His love for us is greater than our sin. Jesus chose to enter His creation in order to give eternal life to anybody who truly believes in His death, burial, and resurrection. Jesus, God incarnate, shed His blood as the final atonement for sin. When we repent and accept His sacrifice for salvation, quite often we become a target for Satan’s minions to attack. I know this was true for my husband, but his way to combat the attack was to draw closer to God. That should be how all of us face adversity. My husband, Ron, had a neurological disease that attacked his muscles. His eyelids wouldn’t stay open, and even a faint light would cause pain in his eyes. I would watch as he held his eyelids up with one hand and typed with the other hand in order to finish a commentary. His purpose was to glorify God, no matter what Satan threw in his way. Ron served Christ until he drew his last breath. Ron was content in his faith in Jesus, no matter what he suffered in life.

Let’s take a look at just one of the many men who served Christ even in the face of adversity. The Apostle Paul wasn’t always a good guy. If he had been a cowboy, he would have worn a black hat. He had anger and rage against Christians. Why? Mainly because he served the powers of darkness, instead of walking in the light of Jesus. He was a young man with a promising future. He was the son of a Pharisee, and studied under a well-respected teacher, Gamaliel. Paul was a brilliant person who knew Jewish Law well. He was also a citizen of Rome. He never denied his Jewish roots, but neither did he deny Christ after meeting Him on the road to Damascus.

“But when Paul perceived that the one part were Sadducees, and the other Pharisees, he cried out in the council, Men and brethren, I am a Pharisee, the son of a Pharisee: of the hope and resurrection of the dead I am called in question.” – Acts 23:6.

We can draw courage from Paul. He was facing trial and imprisonment, and many wanted to kill him, but he never denied Christ. This wasn’t the first time Paul faced adversity. In writing to the congregation in Corinth, Paul listed some of his hardships. People in Corinth were questioning his authority as an Apostle, and he cited his adversity as qualifications for the apostleship.

That’s quite a resume. Paul wasn’t bragging, but stating facts. Today, so-called ministers of Christ (whether in the pulpit or supposed missionaries) are so afraid of mentioning Christ and teaching Scripture, that the Gospel isn’t being shared. We need more men like Paul.

The experiences that Paul had while spreading the Gospel would have discouraged most people. I’m not sure how much I would be able to endure, but Paul is a wonderful example of being content to serve Christ in spite of circumstances. Paul also understood the reason that God allowed such things in his life.

He understood that his troubles kept him humble. That doesn’t mean he was happy about the problems.

“For this thing I besought the Lord thrice, that it might depart from me.” – 2 Corinthians 12:8.

There are many speculations as to what the “thorn in the flesh” was. Some believe it was a serious eye problem. Some think he was speaking of his many beatings. Some even think it was a person who followed him and tried to interfere with his ministry. My feeling is that we aren’t told exactly what the thorn was, so that whatever plagues our life, we can draw strength from Paul’s plight. In his letter to the Ephesian congregation, Paul spoke of spiritual warfare. Paul was an expert in spiritual fights. When describing the armor of God, the last item listed was prayer. It’s a good thing to ask fellow Christians to pray for our troubles, and Paul did just that.

“Praying always with all prayer and supplication in the Spirit, and watching thereunto with all perseverance and supplication for all saints; and for me, that utterance may be given unto me, that I may open my mouth boldly, to make known the mystery of the gospel, for which I am an ambassador in bonds: that therein I may speak boldly, as I ought to speak.” – Ephesians 6:18-20.

An ambassador represents his nation and its leader. Paul represented his Lord, and he needed to speak boldly in spite of the dangers. It is very important for all Christians to know that we are encouraged to go to the Lord in prayer for our own “thorn in the flesh”, but we need to also submit to God and represent Him well.

When we see things from God’s perspective, our outlook can change. When we can see the “why” behind the trouble, it can change our attitude, and help us to be content. Many centuries before Paul lived, there was a young man who was the apple of his father’s eye. His name was Joseph, the son of Jacob. He had 1l older brothers who were very jealous of him and resented their father’s love for him. One day their anger overcame their senses and they sold him into slavery then told their father he was dead. How could God possibly bless these guys? Joseph spent years in Egypt as a slave and suffered many hardships. He did have a gift of interpreting dreams, and one day, Pharaoh had a troubling dream. Joseph was asked to interpret it, which he did. Famine was coming and Pharaoh needed to make provisions for the coming time of famine. Joseph, was put in charge of the plans and promoted to the second highest position in government. Eventually, the famine did come, and Jacob and his family were affected. So, the 11 brothers were sent to Egypt to buy food for survival. They had no idea their younger brother, Joseph, was the one who would either give them food or deny them. It’s a long and interesting story, but Joseph did grant them the food and eventually revealed who he was. They were shocked, to say the least. We can take a lesson from Joseph’s words to them.

“But as for you, ye thought evil against me; but God meant it unto good, to bring to pass, as it is this day, to save much people alive.” – Genesis 50:20.

Whatever your plight, use it to glorify God and let God work his blessings through you. You never know how many people will be blessed by your obedience to God. Be content.

One of the cities where Paul received a whipping and was imprisoned was Philippi. It was there that he and Silas were chained in a dungeon. They didn’t have a pity party, but prayed and sang.

Then a large earthquake happened and the doors of the prison were flung open and the chains were loosened. If the prisoners escaped, the warden would be executed. The witness of Paul and Silas changed hearts, and nobody escaped. The jailer, not knowing that, thought suicide was his only option.

Because of the singing and praying, the prisoners stayed put and the jailer came to a saving faith in Christ. He asked how to be saved “And they said, Believe on the Lord Jesus Christ, and thou shalt be saved, and thy house.” – Acts 16:31.

The jailer’s faith wouldn’t save his family, they would have to make their own decision to follow Christ, but his changed life would influence them. It seems that God did a great work in Philippi, because a congregation was established there. Paul wrote a letter to them, in which he thanked them for providing for his needs.

“But I rejoiced in the Lord greatly, that now at the last your care of me hath flourished again; wherein ye were also careful, but ye lacked opportunity. Not that I speak in respect of want; for I have learned, in whatsoever state I am therewith to be content.” – Philippians 4:10-11.

That’s the key to joy in the Lord. Pray for your own needs, pray for the needs of others, but be content with whatever God’s answer is to your request.

The writer of the letter to the Hebrews admonishes us to be content.

“Let your conversation be without covetousness; and be content with such things as ye have: for he hath said, I will never leave thee, nor forsake thee. So that we may boldly say, The Lord is my helper, and I will not fear what men shall do unto me.” – Hebrews 13:5-6.

The word “conversation” is from the Greek word “tropos” and means your manner of life. Hold tight to the promise that Jesus will never leave you, or forsake you. He loves you and gave his life to redeem you. Be content in your life, and glorify Him in all you do