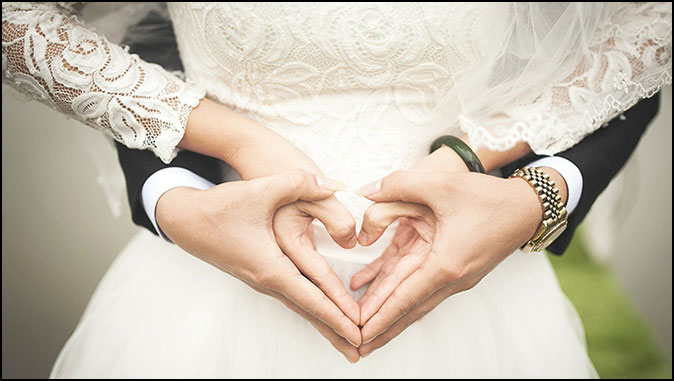 Marriage or Not Marriage for Catholic Priests and Gays?
By Julio Severo

The Catholic Church is facing a major challenge as Pope Francis has suggested approval for homosexual civil unions. The United Nations, under the leadership of left-wing Catholic Antonio Guterres, praised the pope’s stance on such unions.

Yet, while the Catholic Church under Francis is advancing to make easy a kind of gay “marriage” there is no sign to make easy marriage for priests, bishops, cardinals and popes.

It is so wrong to approve marriage to gays as it is wrong to forbid Christian male leaders to marry women.

The Catholic Church has committed a very big sin against God by forbidding marriage for their priests, bishops, cardinals and popes. They should marry, because this is God’s first commandment to man.

The Apostle Paul warned us:

“Now the Spirit expressly says that in later times some will depart from the faith by devoting themselves to deceitful spirits and teachings of demons, through the insincerity of liars whose consciences are seared, who forbid marriage…” (1 Timothy 4:1-3 ESV)

So Paul said that one of the signs of people departing from the faith by devoting themselves to deceitful spirits and teachings of demons is exactly by forbidding marriage. The Catholic ban on marriage for its leaders perfectly fits this.

It is abnormal for a large number of men to remain single solely by religious votes. God never commanded such extreme sacrifice. Pagan religions do it, with disastrous consequences — the same consequences we see in the Catholic Church.

It is normal, and commanded by God, for men to marry to women. In a few cases, some will not marry. But this is very, very rare and should never be imposed as a Christian doctrine.

To forbid marriage draws “naturally” men to unnatural problems. So when a Christian church demands abnormal things from men, what should it expect? Normalcy?

The Apostle Paul, who by Catholic standards would be a pope or cardinal, said:

“Do we not have the right to take along a believing wife, as do the other apostles and the brothers of the Lord and Cephas?” (1 Corinthians 9:5 ESV)

He could also say today to the Catholic Church:

“Do we not have the right to take along a believing wife, as do the other priests, bishops, cardinals and popes?”

Yes, every Christian leader has the right to have a believing wife.

If a priest, a bishop, a cardinal and even the pope made a vow against marriage but later their sexual urges began to manifest, there is no sin in marrying. They can marry and stay in their religious posts, just as Paul said.

If a priest made a vow not to marry, but later he wants to marry a woman, his marriage should be embraced and celebrated as a pro-family decision, and efforts to expel him from his post should be seen as an anti-family attack. There should be no ban for him to be promoted to bishop, cardinal and pope.

But if he is a homosexual, he should leave any Christian post he occupies.

The Catholic Church has some good stances on marriage. What better way to demonstrate the Catholic stance in defense of family than letting their priests, bishops, cardinals and popes marry women?

If marriage is a blessing, it is a curse to forbid it. In fact, the Bible has expressly warned Christians against forbidding marriage.

If gay “marriage” is a curse, it is a curse to approve it.

Marriage for gays is a curse and should be forbidden by all laws.

The Catholic Church should repeal its unbiblical ban on marriage for priests, bishops, cardinals and popes and should keep its ban on homosexual “marriage.”

Marriage for priests would be a blessing. It would be a curse only if Steve Bannon is right. He said that 90 percent of priests and cardinals in the Vatican are homosexuals. So if priests, bishops and cardinals are mostly gay, what kind of marriage will they choose?

If they are really men, they should not fear marriage to women.

If Apostle Paul were alive today, he would say that one of the signs of people departing from the faith by devoting themselves to deceitful spirits and teachings of demons is exactly by forbidding men to marry woman and allowing men to marry men.

Is the Pope Catholic?

Is the Pope Catholic? By Mike Gendron Pope Francis has become the most controversial pope…

A City on Seven Hills

A City on Seven Hills By Dave Hunt "...I saw a woman sit upon a…

A Cult is a Cult