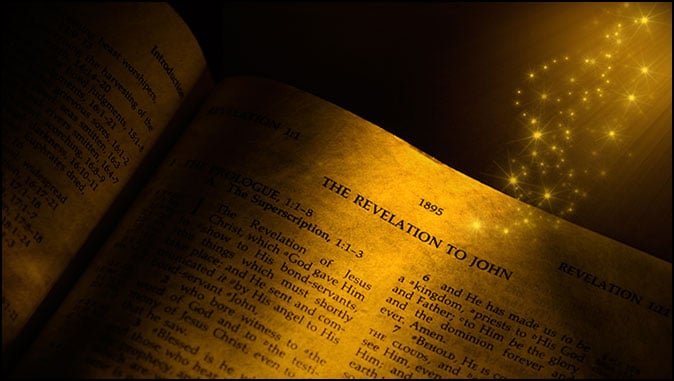 In Revelation 7:3-8 a group numbering 144,000 is introduced as the servants of our God. They are given the Seal of the Living God in their foreheads to protect them from the judgments coming on the earth against the land, the sea, and the trees.

“Do not harm the land or the sea or the trees until we put a seal on the foreheads of the servants of our God.” Then I heard the number of those who were sealed: 144,000 from all the tribes of Israel.

This group is clearly identified as being from among the Jewish population, with 12,000 coming from each of 12 named tribes. There is no good reason to read this passage other than literally. There is too much of a specific nature to warrant a symbolic interpretation (Rev. 7:3-8).

How Many Tribes Are There, Anyway?

There were originally 12 tribes but after the reunion in Egypt Jacob adopted the two sons of Joseph and split his tribe between them. So counting Ephraim and Manasseh, Joseph’s sons, there are actually 14 names to choose from. If you want the original 12 count Joseph. If you want to leave out Levi because you’re going to war and Levi is exempt split Joseph in half and call one half Ephraim and the other Manasseh. In Revelation 7 the Lord wanted to avoid mentioning Dan and Ephraim so He included Levi and split Joseph with Manasseh.

Why Dan and Ephraim?

In 1 Kings 12:12-33 the City of Dan is identified as the location where one of two golden calves was set up for worshiping. The other was in Bethel in the region of Ephraim. Bethel actually became the center of religious worship for the Northern Kingdom before the temple was built in Samaria. Beth-El means house of God. Mind you this all took place nearly 300 years after the escape from Egypt. When they were dedicated, the pagan priest actually quoted the words Aaron spoke at the original introduction of the golden calf at Mt. Sinai, saying “These are your gods, Israel, that brought you up out of Egypt.” Incredible. Once or twice the Lord used the name Ephraim to address all the Northern Kingdom.

The placement of golden calves in these two cities marked the beginning of idol worship in Israel. It was the reason for all the faithful of all the tribes moving south (2 Chron 11:16) and the subsequent destruction of the Northern Kingdom by the Assyrians.

2 Kings 10:29 explains that those calves were still being worshiped in Dan 100 years later. Perhaps this is why the Tribe of Dan is not mentioned at all and Ephraim is only included by inference. (Joseph and Manasseh are included in the list, and of course when you subtract Manasseh from Joseph you’re left with Ephraim.)

So it makes sense to view the 144,000 of Rev. 7 just as they’re described…Messianic Jews called by the Lord to witness to the world after the church is gone. They are the end times fulfillment of the prophecy in Isaiah 43:10, being witnesses for the Lord to the heathen nations of Earth.

Then Who Are These Guys?

Then I looked, and there before me was the Lamb, standing on Mount Zion, and with him 144,000 who had his name and his Father’s name written on their foreheads. “And I heard a sound from heaven like the roar of rushing waters and like a loud peal of thunder. The sound I heard was like that of harpists playing their harps. And they sang a new song before the throne and before the four living creatures and the elders. No one could learn the song except the 144,000 who had been redeemed from the earth. These are those who did not defile themselves with women, for they remained virgins. They follow the Lamb wherever he goes. They were purchased from among mankind and offered as firstfruits to God and the Lamb. No lie was found in their mouths; they are blameless (Rev. 14:1-5).

The group identified in Rev 14:1-5 is substantially different. This group is standing on the Mt. Zion in Heaven (Hebrews 12:22-24) and they have the names of both the Father and the Son written on their foreheads. They are described as having been redeemed from the earth and are before the Throne of God singing a new song, a song only they can sing. (Notice the 24 elders and 4 living creatures are there, too. They only appear around the throne in Heaven.) They are pure and blameless, a phrase used only in reference to the church (Ephes. 5:25-27). They’ve been purchased from among men (Rev. 5:9), and are offered as first fruits to God and the Lamb. The phrase “did not defile themselves with women” means they’re virgins, another reference to the church (2 Cor. 11:2). These 144,000 were found to be totally blameless, further evidence that they’re the redeemed in Heaven. No human on Earth is blameless.

Hebrews 12:22-24 provides a beautiful description of this group. “But you have come to Mt. Zion, to the heavenly Jerusalem, the city of the Living God. You have come to thousands upon thousands of angels in joyful assembly, to the Church of the Firstborn whose names are written in heaven. You have come to God, the judge of all men, to the spirits of righteous men made perfect, to Jesus the Mediator of a new covenant and to the sprinkled blood that speaks a better word than the blood of Abel.”

The similarity is unmistakable. By their location (heaven) and their spiritual state (pure and blameless) they are reminiscent of a group first seen in Rev 5 and described as Kings and Priests. Only one group fits that description…the Church. In their case the number 144,000 is symbolic, a multiple of 12, the number of governmental perfection. They’re a sampling of the redeemed, brought to heaven in the rapture of Rev 4, and presented as the first fruits of the harvest.

As you can see the two groups are not the same. With one their number is specific, in the other it’s symbolic. One group is exclusively from the tribes of Israel, the other is simply “from the Earth”. One group is still in their natural state on earth, the other has been redeemed from the earth and is in heaven. In short they have one similarity but numerous differences that make it impossible for them to be the same.