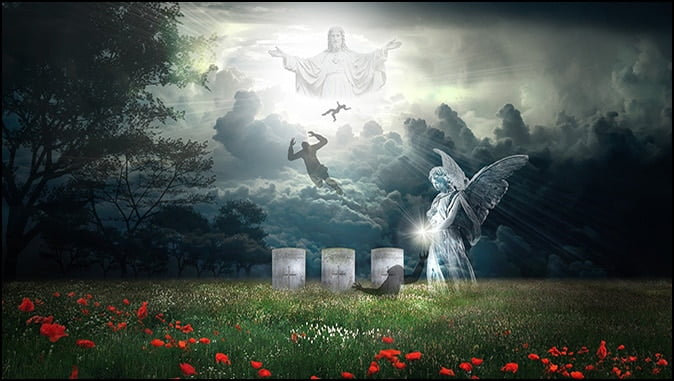 The Rapture Cannot Happen at the Same Time as the Second Coming
By Jonathan C. Brentner

The Rapture and the Second Coming are different events; they cannot happen at the same time.

In my previous post in this series, we established the Rapture as a biblical event; we have a firm scriptural basis for the series of closely related events that constitute our “blessed hope” (Titus 2:11-14).

This next step consists of presenting the Rapture in a persuasive and cogent way that establishes it as unique event. Many insist that the Rapture happens when Jesus returns to earth, especially those who falsely dismiss biblical references to the Tribulation as allegory and deny that a time of God’s wrath is coming to our world.

You will not convince those who belong to this group of deniers that Rapture is unique, but for those who interpret prophetic texts in the Bible according to the intent of the author, you will be able to make a solid case for separating the Rapture from the Second Coming.

The following points, which I have condensed from my book The Triumph of the Redeemed, demonstrate that we cannot combine the two events into one.

1. The Place of the Resurrection in the Sequence of Events

In 1 Thessalonians 4:13–18, Paul states that the “dead in Christ will rise first.” We see this same order of events in 1 Corinthians 15:52; when Jesus comes for His church, He raises the “dead in Christ” first. The resurrection of New Testament saints occurs first in the rapid sequence of events in the biblical event that we call the Rapture.

In Revelation 20:1–4, however, the resurrection of dead Tribulation saints occurs after Jesus’ triumphal return to earth, His defeat of the vast armies gathered against Jerusalem, His destruction of the False Prophet and Antichrist, the imprisonment of Satan, and the setting up of numerous thrones for judgment. After all these time-consuming events, the Lord raises the dead Tribulation saints from the grave (Revelation 19:11–20:6).

It’s impossible to merge the two events into one based on the placement of the resurrection of the dead saints in the sequence of events.

“Those who had been beheaded for the testimony of Jesus and for the word of God, and those who had not worshiped the beast or its image and had not received its mark on their foreheads or their hands.” – (Revelation 20:4).

This group represents martyrs from the Tribulation whom we refer to as the “Tribulation saints.”

When Paul writes about the Rapture, he says that Jesus resurrects the “dead in Christ” (1 Thessalonians 4:16; 1 Corinthians 15:52). It’s clear that this applies to all New Testament believers that have died rather than just the subset of the saints that John attributes to the resurrection that occurs after the Second Coming.

The identity of the participants in the resurrections further distinguishes the Rapture from the Second Coming.

3. The Place Where Jesus Gathers the Saints

In 1 Thessalonians 4:17, Paul states that all living believers at the time of the Rapture will be “caught up…to meet the Lord in the air.” At His appearing, Jesus gathers us to Himself in the clouds and takes us back to the place He’s preparing for us in His Father’s house (see John 14:2–3).

The passages describing the Second Coming don’t mention a meeting in the air. Jesus arrives amid much fanfare as He defeats the armies of the world in a climactic battle. It’s only after conquering the vast army arrayed against Jerusalem that He sends out His angels to gather both living believers and unbelievers for judgment at a location on the earth (Matthew 25:31–46).

With the Second Coming, there’s no meeting in the air; everyone stays on the earth. With the Rapture, we will meet Jesus in the clouds.

4. The Destination of Believers

Such is not the case according to the passages from God’s Word regarding the Rapture. In John 14:2–3, Jesus said:

The Greek word for “place” in John 14:2–3 denotes a physical residence. Jesus is preparing a special “place” for us in His “Father’s house.” And, why would He mention rooms within His “Father’s house” in this context if He didn’t intend to take us there at His appearing?

Consider the words of Paul in Colossians 3:4:

“When Christ who is your life appears, then you also will appear with him in glory.”

When Jesus appears, we “appear with him in glory”; we depart from this earth to be with Jesus and witness His glory. This is the Rapture!

The Rapture and Second Coming cannot be the same event, because in one case the saints go to glory with Jesus and in the other instance, everyone remains earthbound.

5. The Transformation of Living Believers

In 1 Corinthians 15:51–54, Paul emphasizes the transformation of living believers that takes place at the moment Jesus appears to take us home. The Lord not only raises saints from the dead with immortal bodies, but also gives imperishable bodies to those alive at the time. The apostle again highlights the aspect of our new bodies in Philippians 3:20–21, where He promises that when the Lord comes for us, He “will transform our lowly body to be like his glorious body.” This is the Rapture.

The passages that describe the Second Coming do not contain any reference to the transformation of living believers. Although Jesus sends His angels to gather the elect, the text does not say that He gives them imperishable bodies. This only happens during the Rapture.

6. The Presence of Rebellion During the Millennium

Since Jesus gives all believers — whether alive or dead — glorified, resurrected bodies at His appearing (Philippians 3:20–21; 1 Corinthians 15:51–55; Romans 8:23), combining the Rapture with the Second Coming would signify that no one would enter the millennial kingdom in natural bodies, which would make sin impossible during the thousand-year rule of Jesus, since everyone would possess glorified and imperishable bodies that are free from the presence of sin.

Such a premise, however, directly contradicts what the Old and New Testaments tell us about the Millennium. Zechariah 14:9–19 reveals that during Jesus’ earthly reign, people will have the capacity to disobey Him by refusing to go to Jerusalem to worship.

Furthermore, why would Jesus need to rule over the nations “with a rod of iron” during the Millennium (Psalm 2:9) if everyone has a sinless and immortal body? Who would rebel at the end of Jesus’ thousand-year reign (Revelation 20:7–10) if everyone enters the Millennium as a glorified saint incapable of sinning or reproducing?

The Rapture must happen well before the Second Coming takes place to allow time for people to come to faith in the Savior and survive the Tribulation.

The sin and rebellion that occur during the Millennium can only happen if people enter it with their natural bodies. This necessitates that a significant amount of time must transpire between the Rapture and Second Coming.

The emphasis of the Second Coming is judgment. During Jesus’ return to earth, He destroys the armies gathered against Him, throws the Antichrist and False Prophet into the lake of fire, locks up Satan for a thousand years, and gathers those who survive the Tribulation before His throne for judgment (Revelation 19:19–20:4).

The message of the Rapture, however, is one of comfort and encouragement (1 Thessalonians 4:18, 5:11); it’s something that we can use to build up each other in the faith and this applies to today as much as in any previous time in church history.

Our sudden departure from earth will signify judgment for the world, but for those of us in Christ, it constitutes our joyous anticipation and comforting hope.

The uniqueness of the Rapture, as demonstrated by the above differences between it and the Second Coming, does not by itself confirm that the Rapture must happen before the Tribulation, but it does require that it must take place well before the Lord’s return to earth at the end of this time.

Because the scoffers of our hope in Jesus’ imminent appearing continue to bring up church history as their way of refuting the Rapture, I will discuss this matter in my next post. My intent will be to give you a sure defense against such attacks and establish that early in the history of the church, theologians regarded Jesus’ appearing for His church and the Second Coming as two separate events.