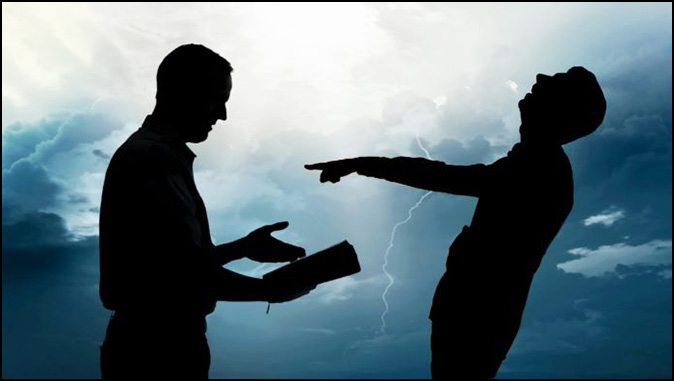 Once you say that you believe in the Rapture, the scoffers will invariably counter with this question, “How can you believe something that no one believed until the late 1800’s?”

As we have already established in this series, the Rapture is a biblical event. Scripture clearly describes this yet future and sudden chain of actions and furthermore, these details differ significantly with Bible passages that describe Jesus’ Second Coming. The Rapture and Second Coming two cannot be the same event.

In this third post, I will provide evidence from church history showing that a belief in the Rapture existed long before the nineteenth century. Please know that the basis for what we believe must absolutely come from the words of Scripture and not church history.

However, in order to prepare you for the scorn of those who ridicule our hope and give you confidence in replying, I will demonstrate that people believed in what we today call the “Rapture” during the early centuries of the church.

The Origin of the Word “Rapture”

The scoffers often tell us that the word “Rapture” cannot be found in the Bible and therefore what we believe about it cannot possibly be true.

To this we can accurately reply, “It depends on what translation you use.”

Our word “Rapture” comes from a Latin translation of the Bible, the Vulgate, written in about AD 400. The Vulgate used the Latin word rapturo to translate the Greek word harpazo in 1 Thessalonians 4:17.

The words “caught up” in our English translations capture the essence of the Greek harpazo just as the Latin rapturo did when Jerome and others translated the Bible into Latin.

Starting sometime in the late 1800s, Bible students began using the word “Rapture,” adapted from the Latin rapturo, to describe the rapid sequence of events that Paul wrote about in 1 Thessalonians 4:13–18 as well as in 1 Corinthians 15:50–56, Philippians 3:20–21, and other passages.

In addition, evidence exists from the early centuries of the church demonstrating that theologians regarded Jesus’ appearing for His church as a separate event from the Second Coming. In the sections that follow, I provide some key references to this belief.

In AD 180, Irenaeus wrote Against Heresies to refute the errors of Gnosticism, which posed a great threat to the church at the time. In Against Heresies, Book 5, Chapter 29, he wrote:

And therefore, when in the end the Church shall be suddenly caught up from this, it is said, “There shall be Tribulation such as has not been since the beginning, neither shall be.”

In the above quote, Irenaeus used the same Greek word for “caught up,” harpazo, that Paul used in 1 Thessalonians 4:17 for the catching up of living believers to meet the Lord in the air. Irenaeus, in this quote places the harpazo before the time of the “tribulation” that Jesus referred to in Matthew 24:21. He quotes the words of Jesus from this text referring to this future time.

Irenaeus, a highly regarded church theologian of the second century AD, envisioned a fulfillment of the event portrayed in 1 Thessalonians 4:17, the harpazo, followed by a time of great Tribulation on the earth.

Irenaeus regarded the Rapture and Second Coming as distinct and separate occurrences with a time of tribulation occurring between them.

Cyprian, a bishop in the city of Carthage during the third century AD, guided his church through a time of intense persecution and suffering.

In his book, Treatises of Cyprian, he wrote:

“We who see that terrible things have begun, and know that still more terrible things are imminent, may regard it as the greatest advantage to depart from it as quickly as possible. Do you not give God thanks, do you not congratulate yourself, that by an early departure you are taken away, and delivered from the shipwrecks and disasters that are imminent? Let us greet the day which assigns each of us to his own home, which snatches us hence, and sets us free from the snares of the world and restores us to paradise and the kingdom.”

With these words, Cyprian expresses his belief in “an early departure” of the Church before further disasters occur on the earth. He believed the time of additional trouble was “imminent” and that a “departure” would take believers away so they wouldn’t experience the troubling times ahead. His reference to “snatches us hence” sounds much like the catching up of the Church in 1 Thessalonians 4:17.

According to Cyprian, we don’t stay on earth when this “departure” occurs; the Lord takes us to “paradise.” His words remarkably similar to what many refer to today as pretribulation Rapture.

An unmistakable reference to the Rapture comes from Saint Ephraim of Edessa, who was a monk, a poet, a writer of hymns, and a preacher during the fourth century AD.

The quote below comes from Ephraem’s sermon entitled “On the Last Times, the Antichrist, and the End of the World.” Some historians believe someone else wrote it in AD 622 and ascribed it to Ephraem in order to lend it credibility.

Dr. Grant Jeffrey, who did extensive research on this sermon and obtained a translation of it on his own from a Greek scholar, believes it’s more likely that Ephraem himself preached the sermon sometime around AD 323.

“Believe you me, dearest brother, because the coming (advent) of the Lord is nigh, believe you me, because the end of the world is at hand, believe me, because it is the very last time. Or do you not believe unless you see with your eyes? See to it that this sentence be not fulfilled among you of the prophet who declares: “Woe to those who desire to see the day of the Lord!” For all the saints and elect of God are gathered, prior to the tribulation that is to come, and are taken to the Lord lest they see the confusion that is to overwhelm the world because of our sins.”

Notice the similarity between Ephraem’s wording and that of 1 Thessalonians 5:9, which Paul wrote to confirm that believers will not see the wrath of the Day of the Lord. Ephraem warned against those who desired to “see the day of the Lord.” He believed the promise that the Lord would deliver believers from this future time of furor.

Ephraim preached that the Lord would gather to Himself His church before a time of wrath would descend upon the world. This is the clearest reference to a pretribulation rapture that we have from the early centuries of the church.

We have another clear reference to this well before the time of John Darby. In this case, it comes from a Welsh Baptist named Morgan Edwards.[v] He wrote the following about Jesus’ appearing for His Church:

I say, somewhat more, because the dead saints will be raised, and the living changed at Christ’s “appearing in the air” (I Thess. iv. 17); and this will be about three years and a half before the millennium, as we shall see hereafter: but will he and they abide in the air all that time? No: they will ascend to paradise, or to some one of those many “mansions in the father’s house” (John xiv. 2) and disappear during the foresaid period of time. The design of this retreat and disappearing will be to judge the risen and changed saints; for “now the time is come that judgment must begin,” and that will be “at the house of God” (I Pet. iv. 17).

Other quotes from Edwards confirm that he believed in a three-and half-year Tribulation just as did John Darby at first, before he later came to the conviction that it would last seven years. This fact, however, doesn’t diminish the presence of a belief that the Rapture would occur before a time of Tribulation a century before the time of John Darby.

The belief in Jesus’ return for His church before a time of catastrophic events on the earth has existed since the earliest centuries of the church. The use of the word “Rapture” to describe this event originated in the late 1800’s, but that does not diminish the fact that people in the early church saw it as something totally distinct from Jesus’ return to earth at the end of the Tribulation.

History doesn’t prove or disprove any doctrine; Scripture alone must be our sole source of belief and practice. The evidence, however, refutes those who tell us that a belief in the Rapture did not exist before the nineteenth century.

Furthermore, John Darby alone cannot account for the fact that belief in a pretribulation Rapture grew to the point that it dominated the evangelical church in America as well as in much of the free world for most of the twentieth century.

This widespread appeal of belief in the pretribulation Rapture happened because pastors, writers, and teachers correctly expounded the many texts that teach the appearing of Jesus for His church before the start of the Tribulation.

The scoffers will continue to laugh. Our hope, however, rests on the words of Scripture regardless of the mocking that might come our way.