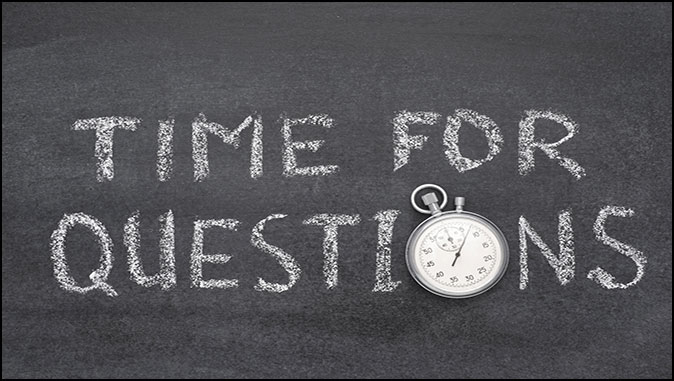 The purpose of this two-part series on the pretribulation Rapture is to reassure fellow believers that the New Testament indeed places the Lord’s appearing for us before the start of the seven-year tribulation.

We live in a day when deception reigns all around us and fear characterizes most people in our world. The media and Big Tech censor truth as never before in America making it very difficult to discover the reality behind the fake news that confronts us every day.

That’s why we so desperately need the words of Scripture and the hope they give us. Although I believe the Rapture will happen very soon, I do not know when or what afflictions we might endure before then. I am certain, however, that Jesus is coming for us before the beginning of the seven-year tribulation that begins with peace covenant between the antichrist and the “many,” which surely includes Israel (Dan. 9:27).

If you have not already done so, please read Part 1 (questions 1-6) before continuing. It will provide a needed context for what follows below.

7. Does the “Departure” of 2 Thessalonians 2:3 Denote the Rapture?

In 2 Thessalonians 2:3 Paul wrote, “Let no one deceive you in any way. For that day will not come, unless the rebellion comes first, and the man of lawlessness is revealed, the son of destruction.” The Greek word apostasia, here in the ESV translated “rebellion,” literally means “departure.” The context determines whether the word refers to a physical parting, such as the Rapture, or the future spiritual apostasy of the church, which has long been the understanding of 2 Thessalonians 2:3.

In this verse, the context strongly supports the idea of a physical departure over that of the church departing from its faith. Both of Paul’s epistles to the Thessalonians repeatedly reference the Rapture. Besides that, the apostle starts his answer to the panic of the Thessalonians by citing their hope in the Rapture (1 Thess. 2:1).

The definite article in the Greek tells us that apostle has a definite event in mind, one that the Thessalonians would readily recognize without further explanation. We have no evidence that Paul ever talked to the Thessalonians about a future apostasy of the church. The apostle did not write about this topic until much later in his ministry when he wrote 1 and 2 Timothy. The only departure of which his readers would recognize is that of the Rapture, apart from a word of explanation, which we do not see in the text.

We have an example from history of a key church leader referring to the Rapture as a “departure.” Cyprian, a bishop in the city of Carthage during the third century AD, referred to it in this way, “We who see that terrible things have begun, and know that still more terrible things are imminent, may regard it as the greatest advantage to depart from it as quickly as possible. Do you not give God thanks, do you not congratulate yourself, that by an early departure you are taken away, and delivered from the shipwrecks and disasters that are imminent?”

Cyprian (AD 200-258) used the words “depart” and “early departure” to refer to the Lord’s appearing to take his church away before a time of “shipwrecks and disasters.” While this by itself this does not confirm the translation of apostasia as “departure” in 2 Thessalonians 2;3 it provides considerable support to our interpretation of apostasia as a reference to the Rapture, our physical departure from the earth.

8. Can the Unveiling of the Antichrist to the World Occur Before the Rapture?

In Paul’s response to the panic of the Thessalonians saints concerning the perceived start to the day of the Lord, he gives them a second reason by which they could know that the day of the Lord had not yet begun. He tells them that this day has not yet begun because the Restrainer continues to hold back the unveiling of the antichrist (2 Thess. 2:3-8).

If the Restrainer is the Holy Spirit, and no other interpretation fits with the interpretation of these verses, this confirms that the church cannot be on earth when the antichrist steps to the forefront of the world’s stage because the unique restraining work of the Holy Spirit will end when the church departs from the earth. This will allow Satan to unveil his man to the world, the “man of lawlessness.”

The identification of the Holy Spirit as the Restrainer signifies that unveiling of the antichrist to the world cannot occur before the Rapture.

9. Did Jesus Promise the Church at Philadelphia That They Would Miss the Tribulation?

In Revelation 3:10, Jesus made this promise to the church at Philadelphia, “Because you have kept my word about patient endurance, I will keep you from the hour of trial that is coming on the whole world, to try those who dwell on the earth” (Rev. 3:10). Did this promise signify that the church at Philadelphia would miss the tribulation? Does this assurance apply to us today?

The “hour of trial” cannot refer to a time of persecution against believers because it refers to a time of suffering that will impact all the people of the world, which fits rather well with the judgments that John describes in Revelation 6-18, which we know depict a still future time of wrath upon the earth (a tenet of premillennialism).

Furthermore, John specifies that this “hour of trial” is for “those who dwell on the earth.” John later uses this phrase eight other times in the book of Revelation (6:10; 8:13; 11:10; 13:8 12, 14; 14:6; and 17:8). In each of these instances, the term either refers to either people impacted by the judgements of the tribulation or those refusing to repent of their sins during this time. John thus identifies those who will experience the “hour of trial” as those who will be alive on earth during the judgments of chapters 6-18.

Jesus’ words that follow reveal how He will keep His church out of this time of wrath, “I am coming quickly” (Rev. 3:11). Since neither the “hour of trial” or Jesus’ appearing have occurred, both refer to a still future time.

Jesus’ promise to the church at Philadelphia signifies that His followers will miss this still future event that He refers to as “the hour of trial that is coming on the whole world” (Rev. 3:10). The Rapture will deliver us from this time of wrath that will not come upon us, but rather upon “those who dwell on the earth.” (See also 1 Thessalonians 5:9-10).

10. Where Is the Church at the Beginning of the Tribulation?

Does the book of Revelation reveal that the church is in heaven with Jesus at the start of the tribulation? Yes, it does.

John’s description of the twenty-four elders who appear in heaven seated on thrones in Revelation 4-5 match many of the characteristics of New testament saints as revealed throughout the New Testament. They cannot be angels because they do not sit on thrones nor do they age as the term “elder” implies. The white garments (4:4) of these elders signify the dress of New Testament saints (for example: Rev. 3:5).

If these elders represent the church, and no other identification fits with John’s description of them and their words of praise for the Lord (Rev. 5:9-10), this places all New Testament Saints in heaven before the seal judgments of Revelation 6 commence.

Where is the church at the beginning of the tribulation? We are safely in heaven with our Savior.

11. Why is There a Need for Witnesses During the Tribulation?

If the church remains on the earth during the tribulation, why is there a need for additional witnesses to the saving message of the Gospel during this time?

In a radio interview with Jan Markell on November 7, 2020, someone questioned the need for the two witnesses of Revelation 11:1-13 if the church is present on earth at the start of the tribulation. Isn’t it the job of the church to bear witness of the Gospel during this current age?

Furthermore, Revelation 14:6-7 reveals that that an angel will proclaim the Gospel to people on the earth during the tribulation. Again, why is this necessary if the church remains on earth during this time actively fulfilling the Great Commission?

They also brought up the 144,000 Jews that God will seal during the tribulation (Rev. 7:1-8). Many believe they will act as evangelists during tribulation.

12. Why Did Jesus Allude to Galilean Wedding Traditions When He talked about the Rapture?

Recent archeological findings, as dramatized in the movie Before the Wrath, show how the Galilean wedding traditions validate a pretribulation Rapture.

Jesus alluded to Galilean wedding traditions in the Upper Room as a way of communicating the hope of His appearing to His Galilean disciples. They would have recognized that His promise in John 14:1-3 meant that not only was He preparing a place for them in his “Father’s house,” but also that His return meant a departure from earth to that place. The words of Jesus, combined with the further revelation He gave to His apostles after His ascension, assures us that the Rapture will happen before the start of the seven-year tribulation on earth.

I believe the Galilean wedding customs that Jesus used in the Upper Room to illustrate the Rapture help us understand the grief of the Thessalonians (1 Thess. 4:13-18). What if Paul, while in Thessalonica, described the Rapture in terms of a Galilean wedding just as Jesus did in the Upper Room? We know from 1 Corinthians 11:23-26 that the apostle was familiar with Jesus’ words at that time.

If based on Paul’s description, the Thessalonians viewed the Rapture as a groom coming for his bride, carrying her back to the place he had prepared for her, and later celebrating with all His friends, it explains their grief over those in their midst who had already died. Only living people celebrate weddings, which would exclude the dead in Christ.

That’s why Paul emphasized the place of the “dead in Christ” in the Rapture in response to their grief. Unlike a wedding celebration on earth, their departed loved ones would not miss out on all the joy and excitement of Jesus’ appearing.

Jesus’ comparison of the Rapture to Galilean wedding customs of the first century illustrates a pretribulation Rapture. Is that not why He gave us this picture?

Jesus is coming for us before the start of the day of the Lord just as He promised in 1 Thessalonians 5:9, “For God has not destined us for wrath, but to obtain salvation through our Lord Jesus Christ.”

No One Can Cancel Our “Blessed Hope”

No One Can Cancel Our “Blessed Hope” By Jonathan C. Brentner The distortion of biblical…

Will Our Pets Be Raptured With Us?

Will Our Pets Be Raptured With Us? By Bill Perkins "A righteous man has regard…