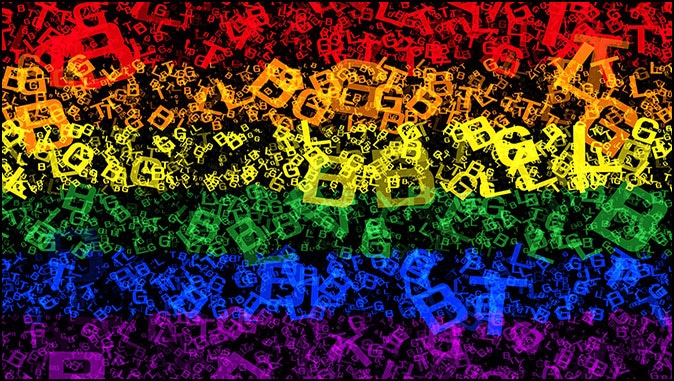 In a move that is sure to sure to please LGBTQ activists and supporters it was announce that the new U.S. Secretary of State Antony Blinken has ordered LGBT flags to be flown at U.S. embassies. The Biden administration apparently is trying to see how far they can go with their sexually perverted and deviant lifestyle displays. This new order reverses the one that former U.S. President Donald Trump made when he was in office.

LGBT activists are cheering Secretary of State Antony Blinken’s announcement that he will reverse an order from President Donald Trump and put up “pride” flags at U.S. Embassies around the world.

Outfront magazine reported on the development:

The Biden administration is off to a hopeful start, as Secretary of State nominee, Antony Blinken, has confirmed a recommitment to LGBTQ rights.

In a memo from July 2020, former Secretary of Defense Mark Esper released a list of flags permitted to be displayed at U.S. military bases. Missing from the list was the LGBTQ pride flag, which Esper compared to the confederate flag. Prior to the ban, embassies raised the flag during pride month on the official embassy flagpole. During the hearing, Blinken also confirmed that he plans to appoint an envoy for the Human Rights of LGBTQ persons, a position created by Barack Obama in 2015 that wasn’t filled during the Trump presidency.

Blinken claimed violence against that demographic increased while Trump was in office.

The article went on to further add:

“We’ve seen violence directed against LGBTQI people around the world increase,” Blinken said. “And so, I think the United States playing the role that it should be playing in standing up for and defending the rights of LGBTQI people is something that the department is going to take on and take on immediately. Raising the pride flag is one way to outright show LGBTQ solidarity.”

I don’t know about you but it sure does seem that the new Biden administration is clearly thumbing its nose at God with all these sexually deviant flag displays. If the biblical story of Sodom and Gomorrah were not enough to make people think twice about promoting such sexually deviant lifestyles, I guess nothing is. But I guess some people will just never learn.

The Bible is pretty clear about where it stands on LGBTQ lifestyles:

Leviticus 18:22 – “Do not have sexual relations with a man as one does with a woman; that is detestable.”

Leviticus 20:13 – “If a man has sexual relations with a man as one does with a woman, both of them have done what is detestable. They are to be put to death; their blood will be on their own heads.”

Romans 1:27 – “In the same way the men also abandoned natural relations with women and were inflamed with lust for one another. Men committed shameful acts with other men, and received in themselves the due penalty for their error.”

1 Corinthians 6:9-11 – “Or do you not know that wrongdoers will not inherit the kingdom of God? Do not be deceived: Neither the sexually immoral nor idolaters nor adulterers nor men who have sex with men 10 nor thieves nor the greedy nor drunkards nor slanderers nor swindlers will inherit the kingdom of God. 11 And that is what some of you were. But you were washed, you were sanctified, you were justified in the name of the Lord Jesus Christ and by the Spirit of our God.”

1 Timothy 1:8-11 – “We know that the law is good if one uses it properly. 9 We also know that the law is made not for the righteous but for lawbreakers and rebels, the ungodly and sinful, the unholy and irreligious, for those who kill their fathers or mothers, for murderers, 10 for the sexually immoral, for those practicing homosexuality, for slave traders and liars and perjurers—and for whatever else is contrary to the sound doctrine 11 that conforms to the gospel concerning the glory of the blessed God, which he entrusted to me.”

Those are simply just a few of the verses in the Bible that speaks about homosexuality and the LGBTQ crowd. It is pretty clear where God’s opinion on the issue is. With that said, we need to continue to tell the truth about homosexuality and make people aware of the negative effects on physical and mental health issues that the LGBT lifestyle brings on people who practice it.

We need to pray that the Holy Spirit is able to soften their hardened hearts and repent of their deeds. Many people are caught up in sexual sins and it is one that is hard to overcome. But as with everything else, Jesus is the answer.

We need to continue to tell people about Jesus Christ and the priceless gift of salvation through His completed work on the Cross, His death, burial, and resurrection!

We know that the Bible says that the end times will be similar to the way it was in the time of Lot:

Luke 17:28-29 — “It was the same in the days of Lot. People were eating and drinking, buying and selling, planting and building. But the day Lot left Sodom, fire and sulfur rained down from heaven and destroyed them all.”