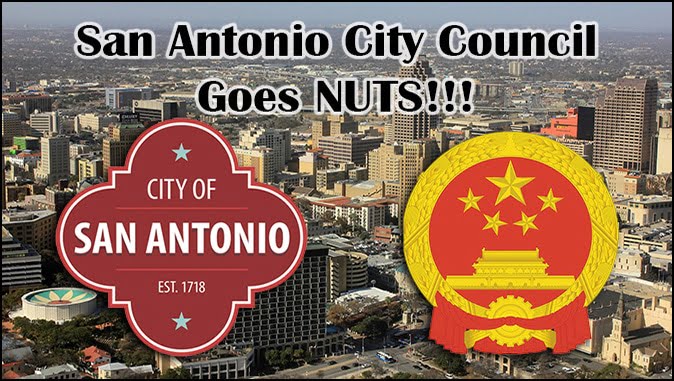 Yesterday multiple news outlets reported that the San Antonio City Council passed a COVID-19 “anti-hate” resolution that targets anyone who refers to the COVID-19 virus as being the “Kung Fu virus” or Chinese Virus”. The resolution was also aimed at some anti-semitism incidents where Jews are also being blamed for the virus. The “woke” members of the San Antonio City Council seem to be on the politically correct witch hunt for people who are literally referencing the true source of the Coronavirus that originated in Wuhan, China. Even the Texas Senator Ted Cruz got in on the controversy by calling the new resolution “nuts” on Twitter.

Texas Sen. Ted Cruz had something to say after the San Antonio City Council passed a resolution condemning racism during the pandemic. The city council voted Thursday night to reject the use of terms like “Kung Fu virus” and “Chinese virus” to refer to COVID-19, saying it encourages hate crimes against Asians.

“This is NUTS. SA City Council behaving like a lefty college faculty lounge, triggered by Chick-fil-A & the words ‘Wuhan virus.'” the senator wrote in a tweet Thursday night. He continued to say that publications like the New York Times and CNN have referred to COVID-19 as the “Chinese coronavirus.”

It appears that many of Senator Cruz’s followers on Twitter echoed his sentiments on the topic. Many voiced support for “free speech” and condemning the resolution as trying to be too politically correct. If you thought the Leftists in Austin were overboard, you definitely haven’t seen the “nuts” in San Antonio on the city council.

This new city council resolution smacks clearly of more of the same in regards to local and state governments trying to push the envelope during the COVID-19 crisis to place new restrictions on the people. These restrictions are even trying to replace federal rights in the Constitution, Bill of Rights, etc. Churches and other places of worship are especially being targeted in states like Mississippi, Illinois, New York, etc. Federal judges have had to intervene to restore civilian rights that were infringed by overzealous Governors who are acting like Soviet and Chinese dictators. Restricting speech and making people use “approved” speech is definitely extreme and history shows us that suppression or control of speech is how many socialist and communist countries run things. This is something that does not belong in America.

The term “Chinese Virus” is used even by liberal leftist “news” outlets like the NYT and CNN. Even President Trump was not immune from the “woke” leftist crowd who claimed he was being racist, etc. by using the common wording of the virus by the place where it started. MERS (Middle East Respiratory Syndrome) started in the Middle East. The Spanish Flu started in Spain. There is nothing “racist” about referring to the COVID-19 virus as the “Chinese Virus” or “Wuhan Virus” etc. I think the leftist “nuts” in the San Antonio City Council should be ashamed of themselves for starting this mess. I wouldn’t be surprised if it came out that they were just seeking their 15 minutes of fame for this obvious political stunt.

“We’ve seen incidents that are clearly racist in nature all around this country, and we’ve even seen some incidents here. But this is really about standing in solidarity with all the members of our community,” Mayor Ron Nirenberg told reporters following the vote.

The mayor reports incidents “all around this country” and only mentions seeing “some incidents here” which tells me this is just a political stunt to make the news headlines. I am highly suspect of this whole situation. It sounds like his ego needed some love by the “woke” media and other leftist “nuts” as Senator Cruz put it.

I would suspect that things like this will only end up getting worse and more common as time goes on. The future one world government headed by the Anti-christ will control all means of buying, selling, etc. I’m sure people will have to be very careful with what they say as well. We have already seen reports and articles where the various local and state governments are encouraging people to turn their neighbors in if they are violating social distancing rules, etc.

I think we can definitely mark one more tally in the “Jesus is coming soon” column when we see our rights and free speech being questioned and challenged by “government” officials all in the name of “public safety” and “political correctness”.

God bless you all!

The Rapture Report – BEWARE: The Sodomites Are Taking Over Your Children’s Schools and Libraries!

The Rapture Report – BEWARE: The Sodomites Are Taking Over Your Children’s Schools and Libraries!…