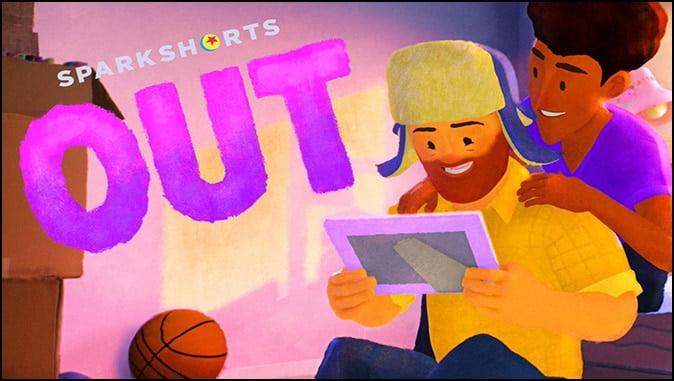 If the ongoing Coronavirus situation and now the Antifa riots that are spreading all across the country over the George Floyd death situation weren’t enough, the liberals in Hollywood and the movie industry are working non-stop to promote their liberal LGBTQ+ agenda with the release of Pixar’s new short film release called “Out”. The short film “Out” started airing May 22 on of all places the Disney+ network.

The fanatical LGBTQ+ lobby is bound and determined to normalize sexually deviant and harmful lifestyles to our children. This is something that all Christians should oppose and voice out against.

The AFA organization is starting a campaign to pressure Disney to drop this horrible short film about the homosexual lifestyle and explicit targeting of young children in order to brainwash them into accepting the gay lifestyle as normal.

A recent AFA article went on to report:

Out follows the story of a grown gay man named Greg who struggles with coming out to his parents before moving to the big city with his boyfriend, Manuel. Disney SparkShorts describes the short film like this: “On an average day, Greg’s life is filled with family, love and a rambunctious little dog – but despite all of this, Greg has a secret…”

In the trailer, Greg is shown in his bedroom practicing how he’ll come out to his parents, then the doorbell rings. Greg answers it and is startled to find that his parents have dropped by his house for a surprise visit. His sneaky dog, Jim, starts rushing around the house trying to hide evidence of Greg’s relationship with his boyfriend.

The actual film concludes with Greg’s mother already knowing her son’s secret. Both Greg’s mother and father gladly accept Greg’s relationship with Manuel. Greg and Manuel are shown being affectionate throughout the film before kissing at the end. Out is the first release from Pixar to feature a main character who is gay. It’s also the first animated gay main character for Disney.

However, in March, Pixar did release the film Onward, which contained its first openly gay character (in a minor role) – a purple cyclops voiced by lesbian Lena Waithe.

Disney has been criticized by homosexual activists in the past for its lack of LGBTQ characters in its programs. But recently Disney has increased its inclusion of LGBTQ characters in supporting roles. Christian families have noticed the increase and spoken out about it Christian parents who have a Disney+ subscription should seriously consider canceling it since Disney cannot be trusted. Disney is clearly supporting unbiblical values and promoting sin to children. We need to stand together to preserve the innocence of our children.

Out was directed by Steven Clay Hunter, who also worked on WALL-E and Toy Story 2 among other Pixar films. Max Sachar, known for his work on Coco and Incredibles 2, is the film’s producer.

Sign our petition to Disney CEO Bob Chapek urging him to remove the short film Out immediately from its online streaming service Disney+. Let him know your family will not be watching since its inclusion of an openly gay character goes against your beliefs and values.

It is apparent that the Disney company is groveling to the LGBTQ+ lobby and crowd in order to normalize their perverted and disgusting same sex delusions and fantasies. They have decided to target young children in a sinister way to brainwash them into thinking that same sex lifestyles are OK and normal. They are not OK and they are certainly not normal. Homosexual lifestyles are dangerous and the health hazards of such lifestyles are numerous as increases in depression, suicides, anal cancers, and all sorts of other problems are prevalent with this population. This is the same kind of indoctrination tactics that the homosexual lobbies use in our public schools and with the recent wave of “Drag Queen” story hour in public libraries across the country.

When we see things like this in the culture wars and end times, it surely fits the end times as described in the Bible that are similar of the times of Noah which was a time of unrepentant and ungodly abominations occurring all the time. With the recent passage of same-sex marriage, the continued slaughter of babies in the womb via abortion, the emerging transgender nonsense, and all sorts of sexual delusions going on in society, it is clear that we have entered into the last days as spoken of by the Bible.

We will continue to keep you aware of the signs of the times that point to the soon rapture of the church as foretold by the Bible. We hope that this will encourage you in that although we see evil intensifying around the country and the world, that none of this surprises God and that His plan of redemption for mankind is still on course.

When you see these things spoken of by the prophets coming forth and taking place, we should keep looking up for it is a sure sign that our redemption is growing nigh!