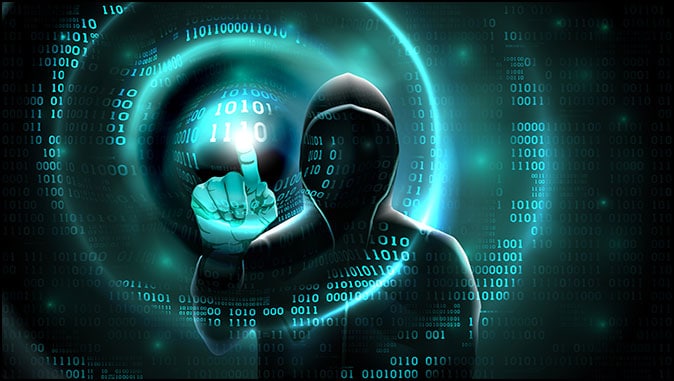 Over the past couple of days, a disturbing report coming out of Florida whereby a “hacker” was able to access the water system in a town in Florida and purposefully increased chemical amounts to dangerous levels. While hacking reports are nothing new, most of the reports that reach the news telecasts usually focus on hacking of banking systems, financial institutions, and commercial operations. However, there has been an ongoing under-reported cyber warfare where hackers have tried to penetrate nuclear facilities, hospitals, military, and other critical infrastructure.

There have been many reports in the past of all of these kinds of computer attacks in the news, but as our society becomes ever increasingly reliant on computer and internet technology, we will see more reports like the one below where a hacker tried to disrupt the water supply with his actions.

A hacker was able to successfully alter the levels of chemicals in Oldsmar, Florida’s water supply to ‘potentially damaging’ levels Friday, officials said. Pinellas County Sheriff Bob Gualtieri said on Friday morning a plant operator at Oldsmar’s water treatment facility noticed someone remotely accessed the computer system he was monitoring. The computers are set up for allowing remote access to select people to troubleshoot problems, so the operator didn’t think much about the incident. It happened again that afternoon, however, as the operator could see the mouse moving on the computer screen, opening various software functions that controlled the water being treated in the system.

Gualtieri said the hacker increased the sodium hydroxide levels in the city’s water from 100 parts per million to 11,100 parts per million. “This is obviously a significant and potentially dangerous increase,” Gualtieri said. “Sodium hydroxide is the main ingredient in liquid drain cleaners. It’s also used to control water acidity and remove metals from drinking water in the water treatment plants.” Gualtieri said the hacker then exited the system and the operator immediately stabilized the levels back down in the water.

While the news report went on to mention that there was no danger or injury involved in the computer breach, the report shows the spiritually dark side of people in that they move on from lesser “financial” crimes on to more serious “loss of life” crimes that could potentially affected a large number of people. I think this is kind of akin to starting with shoplifting and moving on to violent assault or murder. With today’s computer technology a serial killer need not be like a Jeffrey Dahmer with his little apartment of horrors and refrigerator full of body parts. Today’s serial killer can easily login into his computer, hack a critical infrastructure site, and potentially kill more people than you can shake a stick at. No need to even leave the house or the need for grisly crime scenes. The truth is that men’s hearts are growing darker and darker and technology just increases the way that he can go about carry out his evil desires.

Using computer technology to try to hack hospitals, nuclear facilities, power plants, and other critical infrastructure is just the tip of the iceberg in darker spiritual pursuits. The potential for the loss of life from medical machines and nuclear reactors going haywire due to intentional sabotage is a very real possibility and scenario these days. We are constantly in a game of “cat and mouse” with hackers and other potential state-sponsored actors who carry out cyber warfare on a large scale. I have become to think that there are some things in life don’t need to be done via a computer. Life saving medical machines and critical infrastructure seem to be some things that we need to maybe re-examine how we are connecting them to networks that could be compromised. We’ve all definitely seen how the Election of 2020 was manipulated via computer hacks and other technology schemes. Somethings just need to be done the old fashion way.

I think that the more we go forward in the computer movement the more we will see greater sinful and destructive behavior begin to occur. The ultimate the sinful and tyrannical system will arise when the future Antichrist uses computers and technology to limit who can “buy and sell” without his mark. The wickedness of men’s hearts seems to know no limits. While modern technology itself is not sinful, it is the people behind the technology where the problems begin to arise. We’ve seen how the “Big Tech” and “social media” giants try to control free speech through their platforms. We see how technology is easily abused when the sinful hearts of men are left to take over.

We can surely expect more computer hackings, attacks, and problems with technology in the future. These issues and problems are definitely not going away. Our lives are becoming increasingly smaller in the grand scheme of things as our cellphones are constantly relaying our whereabouts through GPS. Banks and businesses are able to use data from financial transactions to build profiles of consumers to sell more and more products and services. Financial greed seems to have no limits. Technology is also growing and being stored in the medical and healthcare institutions. Many lapses in security have caused medical records to be released or stolen. The potential for abuse seems to grow every day and shows no signs of slowing down.

The Bible tells us that the hearts of men are continually wicked. The Bible also tells us that there is nothing new under the sun. The things that men do over time are usually the same things they did thousands of years ago. It seems that mankind just seems to invent new ways of doing the same sins of the past. And that is certainly true with the advent of computer technology. For example, sexual sins have been around since the beginning of time. Prostitution is labeled the “oldest profession” on Earth. Today, one does not even have to leave their house or the privacy of their own home to carry out sexually perverted behaviors. With web cams and increasing computer technology, sexual perversion is just a click away. It is true when the Bible says that the hearts of men are continuously evil.

While all of this is concerning, we need to realize that our faith and trust is not in the systems of the world. Rather our faith and trust is in Jesus Christ. Do not let your hearts be troubled or allow fear to take control when you see reports like these. When we focus on the rock of our faith, Jesus Christ, we can handle the storms that the world throws at us. With the computer systems and technology making the coming Antichrist system possible and also serving as a sign that time is short, we should always remember to keep looking up!