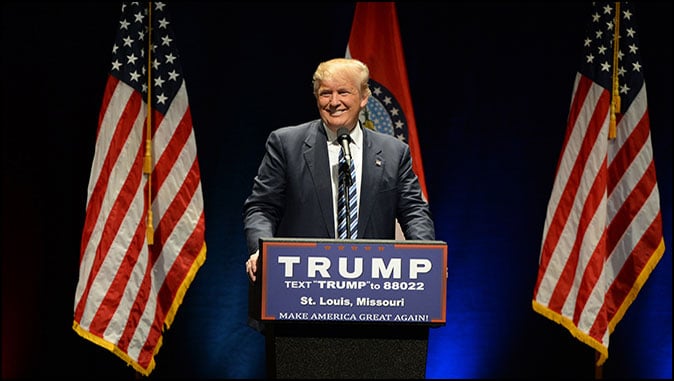 This past Saturday, the U.S. Senate voted 57-43 to acquit President Donald Trump of the bogus and ridiculous charges leveled against him by Democrats in what was clearly a political hit-job and “witch hunt” of which has never before seen before in America politics. Trump Derangement Syndrome (TDS) was on full display afterward as Democratic supporters like Hollywood celebrities, Big Tech tyrants, and general nutty liberal left-wing dingbats cried and howled in outrage that President Trump was rightfully acquitted.

The charges against President Trump were ridiculous and without any legal merit. The whole reason for the Democrats in amassing a military presence in Washington, D.C. is to protect them from the American people as they know that Americans are not falling for their demonic power grab amid the fraudulent election of 2020. The Democrats knew they had the votes in the U.S. House of Representatives because they are the majority party there, but they knew they did not have the necessary votes in the U.S. Senate. Did that stop them from carrying out their political show trial and sham impeachment proceedings? Absolutely not. The Trump Derangement Syndrome psychosis would not let them face reality and instead they carried out their “political theater” for show and many Democrats will use this for campaigning material in the next elections.

The Senate voted to acquit former President Donald Trump Saturday of charges that he incited an insurrection on January 6. The Senate voted 57-43, meaning that the chamber failed to clear the 67-vote threshold necessary to convict Trump of the charge that he incited an insurrection on January 6, when Congress was certifying the 2020 presidential election. Seven Senate Republicans voted to convict Trump of inciting an insurrection, including Sens. Bill Cassidy (R-LA), Richard Burr (R-NC), Susan Collins (R-ME), Lisa Murkowski (R-AK), Mitt Romney (R-UT), Pat Toomey (R-PA), Ben Sasse (R-NE). Senate Minority Leader Mitch McConnell (R-KY) said on the Senate floor after the vote that Trump’s actions before and on January 6 were a “disgraceful, disgraceful dereliction of duty.” However, McConnell did vote to acquit the president.

Cheney’s vote to impeach Trump enflamed the House GOP in controversy, as many House conservatives such as Reps. Matt Gaetz (R-FL), Matt Rosendale (R-MT), and Andy Biggs (R-AZ) moved to oust her as the House GOP Conference chair. Cheney survived her leadership challenge by House conservatives, although she remains unpopular in her home state, according to a recently released poll.

The Senate voted on the first day of the trial that it is constitutional to impeach a former president after he leaves office. Many Senate Republicans argued that impeaching a former president is not only unconstitutional, but it would also set a dangerous precedent. Today’s vote marks the second time that Trump has escaped conviction from the Senate after a House Democrat majority voted to impeach Trump. House Democrats voted to impeach Trump the first time, accusing him of abuse of power and obstruction of Congress.

It is a sad time in American politics right now when one party like the Democrats have such hatred of President Trump and his conservative supporters. The Democrats hate President Trump because he exposed what a demonic cesspool that Washington, D.C. is to the average American. The political figures that are elected to serve “We the People” actually go to Washington, D.C. to serve themselves. A prime example can be seen with the Biden family who has literally become a political harlot regime in the way that Joe and Hunter have made one ruinous decision after another to benefit communist China over the American people. They grow richer and richer with “sweetheart” deals with China that benefit them while sacrificing American jobs and livelihoods of the average American. The love of money has made their hearts grow cold towards the American people.

One the other hand, President Trump loves America and the American people. He wanted nothing but the best for America. This is why he campaigned on and put into action an “America First” policy. The Democrats hate that. President Trump was a wealthy person who the lobbyists and special interest groups could not “buy” in order to influence his policy decisions. The Deep State in Washington, D. C. hated this and the political elites went after him for this. No U.S. President ever had to put up with the garbage tactics form the Democrats that President Trump has had to put up with for four straight years.

While President Trump has defeated the “legislative” mob that has been after him for the last four years, he is clearly not out of the woods yet. I have a feeling that the Democrats will now turn to the “courts” for their vengeance against President Trump. We need to pray for President Trump as the Democrats and their socialist mobs are determined to try to re-make America into their warped and godless image that they want it to be. Americans who are “patriots” need to stand up for conservative and traditional values. We need our voices heard and to protest peacefully to preserve our country for future generations. There is no place anywhere for violence. Yet, we can’t take the re-making of America into a failed socialist state without saying anything. We need to keep our country as the land of free and we can only do that if we are also the home of the brave.

Please pray for President Trump and his family. I am hoping that since the sham impeachment is over that President Trump will find a way to become involved in American politics again. I am hoping that he will take his political movement to his website or develop a conservative social media platform to keep the great American Patriot movement growing. Trump’s supporters are still there and they are as loyal as ever. Despite all the censoring and banning of conservatives and patriots from social media, we need to continue to show support for one another as lovers of freedom and liberty.

As we have talked about before, the moves that Joe Biden is making through his numerous Executive Orders are an attempt to try to reverse the progress that President Trump made during his administration. Joe Biden will try to remake America into a socialist country that will bend the knee to globalist demands for a one world government. The main roadblock to the one world government is currently the United States, the world’s lone superpower. I’m afraid that those days are numbered. The Bible tells us that a one world government is coming and God’s Word will not be denied. As sad as it is to watch, I believe that the Covid-19 pandemic situation will continue to be used to mold and shape America into something the founding fathers would have never envisioned as our liberties and freedoms will be reduced in the name of “public safety” if we do not vocally resist.

We need to pray for our country. This is just one more sign that we are getting closer and closer to the end of the church age. Keep looking up!