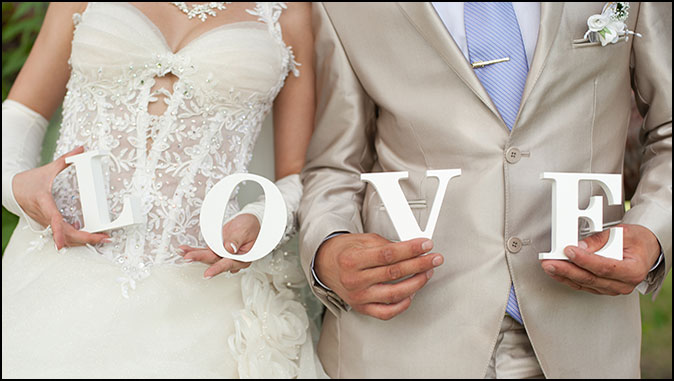 A new article out this past week is reporting that University of California – Riverside “Gender and Sexuality Studies” professor Dr. Jane Ward has called heterosexuality relationships “tragic” has gained attention. The article has come out in the Campus Reform website:

A professor at the University of California-Riverside called heterosexuality “tragic” and stated that men are often pulled into toxic masculinity because of it. University of California-Riverside Gender and Sexuality Studies Professor Jane Ward was recently featured in an Insider article titled, “Why heterosexual relationships are so bad for us, according to a sex researcher” in which she told the outlet that heterosexuality “tragic.”

Ward has also authored a book called The Tragedy of Heterosexuality.

“It really looks like straight men and women don’t like each other very much, that women spend so much time complaining about men, and we still have so much evidence of misogyny,” or woman-hating behavior, Ward told Insider. “From an LGBT perspective, [being straight] looks actually very tragic.” The article cites an uptick in divorces and relationship problems among straight couples since the beginning of the coronavirus pandemic.

The professor goes on to explain somethings that she thinks cause problems in heterosexual relationships like wildfires and coronavirus outbreaks. In the Campus Reform article Dr. Ward goes on to suggest:

Ward then reasons that gender reveals and weddings are disasters in the heterosexual dynamic due to incidents like wildfires and coronavirus outbreaks. Ward insists that another “tragedy” of heterosexuality is that straight men are pushed to objectify women. Ward describes a “misogyny paradox” that she claims leads straight men to struggle to respect women, says that men are seen as “more masculine’” when they objectify women. “I think that if men could recognize that equity and feminism are actually really central to a healthy and happy relationship, if that’s something they want, then they might be able to move further in that direction,” Ward told Insider.

Campus Reform spoke briefly with Ward about her book. Ward says she wrote the book because she “loves straight couples” and wants better for them. “I wrote this book because I love straight people, and because the research on heterosexual marital satisfaction over the life course shows that straight couples are struggling to balance work and family obligations and this leads to frustration and resentment for many straight women, in particular,” Ward told Campus Reform in an email.

According to the University website, the professor is a “Department of Gender and Sexuality Studies” faculty member. The “biography” part of the professor’s official University page says the following:

Jane Ward is professor of Gender and Sexuality Studies at University of California Riverside, where she teaches courses in feminist, queer, and heterosexuality studies. Ward’s published work focuses on a broad range of topics, including: the marriage self-help industry, the rise and fall of pickup artists, how early lesbian feminist ideas shaped contemporary gender politics, the meaning of sex between straight-identified men, queer childhood and parenting, the evolution of straight culture, the corporatization of gay pride festivals, the race politics of same-sex marriage, the social construction of whiteness, feminist pornography, and trans relationships.

It is noted that the official University website has a link on it to the professor’s personal homepage that shows that she also supports:

Childhood Gender Diversity Training – Jane supports schools, educators, and parents to celebrate children’s gender diversity and self-expression. Respecting children by not directing or policing their gender expression is vital in all adult interactions with children, including parenting and K-12 education. Available services include training for parents, professional development for early childhood and K-12 educators, school administrators, therapists, social workers, and other child advocates.

So, while the professor is busy at the University teaching sexually deviant lifestyle studies it looks like she works on the side offering “consulting services” to others in helping confused children “celebrate” their gender diversity and self-expression. I am absolutely horrified that Universities think that “gender and sexuality studies” centered around homosexuals, queers, and gender-confused people is something that deserves college degrees in and in certain cases advanced college degrees. Has the educational system lost their collective mind? Wait! I know the answer to that already.

It is also a sad state of affairs that these people are allowed to “mold and shape” impressionable young children with their twisted sexually deviant and gender-bending lifestyle promotions. I think from reading the article that this professor is quite biased in which direction she promotes being that she is a lesbian herself. To suggest that heterosexual couples are worse off than “same-sex” couples is outrageous. That would seem to suggest that God had it wrong when he created them “male and female” and said for man and woman to join together as one flesh.

Dr. Ward wrote a book called “The Tragedy of Heterosexuality” in which publisher describes as:

In The Tragedy of Heterosexuality, Jane Ward smartly explores what, exactly, is wrong with heterosexuality in the twenty-first century, and what straight people can do to fix it for good. She shows how straight women, and to a lesser extent straight men, have tried to mend a fraught patriarchal system in which intimacy, sexual fulfillment, and mutual respect are expected to coexist alongside enduring forms of inequality, alienation, and violence in straight relationships.

Ward also takes an intriguing look at the multi-billion-dollar self-help industry, which markets goods and services to help heterosexual couples without addressing the root of their problems. Ultimately, she encourages straight men and women to take a page out of queer culture, reminding them “about the human capacity to desire, f***, and show respect at the same time.”

I think it is quite ironic that the professor seems to have an obsession with heterosexuality as if “same-sex” or “LGBTQ+” relationships were free from all problems. Obviously, the professor has not done her homework. We all know that “same-sex” relationships result in many numerous health and psychological issues. The rate of suicides among homosexuals is anywhere from 4-10 times the general population. We know that anxiety and depression also skyrocket among those who engage and participate in “same-sex” relationships. Suicides and substance abuse also go through the roof as well. Not to mention a staggering increase in certain types of diseases such as “anal cancers” and other sexually related medical issues.

These are some of the reasons why we recommend that people check out a great publication by the pro-family website of MassResistance. MassResistance has put out a great book called “The Health Hazards of Homosexuality” that is a must read by anyone who is serious about finding out how dangerous this lifestyle is to those who practice it. I think the Dr. Ward needs to sit down immediately and read the book. Here is a description on the MassResistance website for the book:

The mainstreaming and normalization of homosexuality has created a public health crisis affecting us all. Meanwhile, the media gives little attention to the broader crisis, and the medical authorities deliver mixed messages to those at high risk – especially young people. There is an astoundingly disproportionate incidence of medical and psychological pathologies among homosexual men, lesbians, and bisexuals. Yet the general public knows little about the baneful nature of homosexuality and its associated addictions and behaviors that invite disease. This book brings together information from widely dispersed and hard-to-find sources, summarizing recent medical and psychological research in laymen’s terms. Sources include the Centers for Disease Control, medical professional groups, published medical research, media reports, plus LGBT medical and advocacy groups – all documented in 1,800 endnotes with links.

• Why homosexuality is a public health issue, and not just a private issue
• The politicized medical and mental health establishments
• The “born gay” myth: homosexuality is not innate
• How many identify as “gay”, lesbian, or bisexual
• The mental health issues: depression, anxiety, suicidality, substance use, partner abuse, and BDSM (bondage/sexual sadomasochism)
• The self-harming lifestyles and sexual practices of homosexual men and lesbians
• The disproportionate disease incidence among “gays”, lesbians, and bisexuals
• Why homosexuals have shortened lifespans, chronic conditions, lower quality of life
• How HIV/AIDS is re-emerging as an epidemic among homosexual men
• The “safer sex” lie and other mixed messages from the medical establishment
• How the CDC is spreading false optimism on HIV drug treatments
• Bisexuals have the highest incidence of pathologies
• How lesbians and heterosexuals are imitating unsafe homosexual male practices
• The psychological and medical issues of transgenderism
• Child abuse: interventions supporting “transgender” identities in youth

One final thing that I would like to note about Dr. Jane Ward’s website is that it shows that she teaches a class on “Witches, Gender, and Religion” through the University. The professor’s website gives the following description of the class:

Are Witches Real? – A Course Description

The Witch is a figure whose experiential healing practices and intimate relationship with the natural world threaten the intersecting forces of patriarchy, capitalism, settler colonialism, and Christianity. She listens to plants and animals and the changing of seasons. She is the safe-keeper of stolen knowledges and the collective wisdom of her ancestors. She speaks with sharp authority. She claims possession of her body, her sexuality, and all that has been degraded under the banner of femininity. She ages without shame, her body bearing the marks of her labor. She attends to birth and death and the healing of collective trauma. For these reasons, the Witch has been maligned and tortured and killed, across continents and centuries. Yet the Witch lives on, still practicing. This course is an examination of her work, her persecution, and her resilience.

Please explore this website. You will find reading and assignments by clicking on the course tabs. UCR Students: We will meet every Thursday, 3:30-4:30pm for a zoom-based Witching Hour. Our first meeting is October 1st at 3:30pm.

Using a postcolonial feminist lens, this course explores a broad and varied range of practices–from midwifery to labor strikes, goddess-worship to environmental justice projects–that have been the work of the Witch. We will also explore examples of pre-Christian or Christian hybrid religions associated with witchcraft, including vodou (Yoruba tradition), shamanism of North Asia and Central America, curanderismo (Mexico/U.S.), and paganism (Europe).

I have found that when you look into today’s “educators” that are teaching and promoting this stuff that they don’t do so on the surface, they leap straight into the deep end with more dark things that are spiritual as well. We can definitely see this with the witchcraft course. We know that Satan is behind all of this stuff as he tries to confuse and prey on people who are caught up in gender, sexuality issues, and other similar studies. We need to pray for our children who go to today’s higher education institutions and who are bombarded with all sorts of satanically inspired and liberal nonsense.

In short, it is sad that today’s secular universities and institutions are promoting such gender and sexuality studies on campuses all across the country. This is the kind of nonsense that is supported with tax-payers money these days. People need to speak up and have these types of debased programs of study shut down. The liberal brainwashing and indoctrination will continue unless speak up.

Sexual perversions and interest in witchcraft is surely just more signs that we are approaching the end of the age. God is definitely not pleased with these things and the level of darkness in today’s schools is alarming.