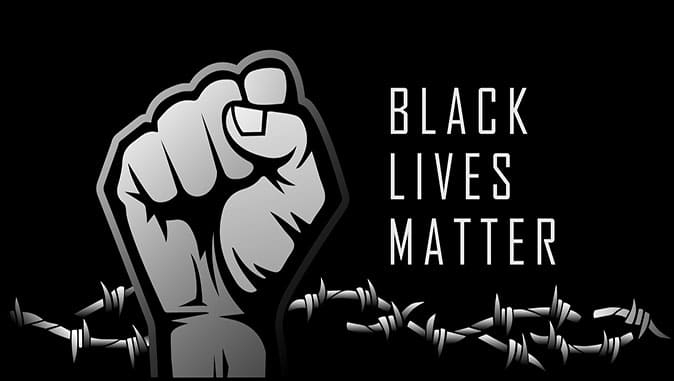 After the Nobel Peace Prize Committee awarded former U.S. President Obama the award for doing nothing, it would be hard to think that anything could beat that. However, just when you weren’t looking a member of Norway’s parliament has nominated the Black Lives Matter movement for the 2021 Nobel Peace Prize. Never mind that the movement has directly and.or indirectly caused 12 deaths, 100s injured, and somewhere in the neighborhood of $2 Billion worth of damages from so called “peaceful” protests.

We all saw the chaos that played out in 2020 on the streets when BLM protests would erupt in violent rioting and looting. Sure, they were usually peaceful at first when a protest was held, but it didn’t take long until they reached their intended climax of violence, rioting, burning, looting, and attacks on the police. This happened day after day, night after night in cities all over the country. They were usually held in Democratic run cities that either turned a blind eye to the mob of hoodlums and thugs or at worst aided them in their criminal behavior by doing nothing.

The Black Lives Matter movement, which fueled several violent protests across America last year, has been nominated for the 2021 Nobel peace prize. The nomination was made by Petter Eide, a member of Norway’s parliament who considered the effort to be “a very important worldwide movement to fight racial injustice,” and brushed off questions regarding violent protests in the movement’s name.

It didn’t take long for the “peaceful protest” lie to surface:

“Studies have shown that most of the demonstrations organized by Black Lives Matter have been peaceful,” Eide said. “Of course there have been incidents, but most of them have been caused by the activities of either the police or counter-protestors.” A study by the Armed Conflict Location and Event Data Project, which looked at 7,750 Black Lives Matter demonstrations from four months of last year, found that 93 percent of the protests were mostly peaceful, yet photographs and videos captured by journalists across America depict a different image.

While there have been numerous violent incidents involving the movement’s name, several innocent civilians and members of Congress have suffered from the cruelties of activists from within the movement.

Last August, Black Lives Matter activists harassed diners seated on the patio of a Mexican restaurant and allegedly demanded they raise their fists. Other activists from the movement also surrounded Sen. Rand Paul (R-KY) and several women for several minutes on the streets of Washington, DC, as they attempted to leave a Republican National Convention event at the White House.

I’m not sure what news channels they were watching over there in Europe, but every protest I saw here ended up in violence. The “peaceful protests” would occur in the first couple of hours and then the last hours were filled with violence, looting, arson, and even attacking the police.

On many occasions in the Democratic cities the “leaders” in Portland, Seattle, NYC, Chicago, etc. would shrug their shoulders and do nothing. The only time they would lift a finger to do anything about it was when these so called “leaders” were directly affected by the “peaceful protests” gone wrong. Portland Mayor Ted Wheeler didn’t care about the violence, looting, and attacks on police until the protesters came to his housing development and sat in the lobby chanting and waiting for him. Then his tune changed real fast. Similar incidents played out in other cities.

If President Trump was still in office, the BLM would be almost a lock to get the award. We know that President Trump has been nominated a couple of times at the end of last year for the Nobel Peace Prize. He did so for actually bring peace to the Middle East with the “Abraham Accords” and that has broken down barriers between Israel and the Arab states in the region. I’m not holding my breath to see if President Trump wins, which he should, given the earth shaking “peace” he has helped foster in one of the world’s most dangerous regions.

Black Lives Matter has done just about everything BUT peace. But in the right is wrong, wrong is right world that we live in these days, it won’t be surprising if the BLM movement wins. As with most things now, everything is based on “emotions” rather than “merits” as they should be. President Trump does not fit the liberal and progressive left-wing narrative so chances are low that he will win. However, racist and ungodly movements based on socialism, communism, division, politics, and anti-God agendas unfortunately fit the narrative of our current political time.

It’s a shame that the victims could not be reached for comment on the BLM Nobel Prize nominations. You never hear about them anymore. But like most people who died in the BLM riots, they never saw the “peaceful” side of the BLM protests. They didn’t live long enough. We need to remember those whose lives were lost and not let their memory fade under the media false narrative of “peaceful” protests.

While we soundly support and agree that “black lives matter” and support equal rights as well as reject discrimination against people of color. We do reject the socialist, communist, violent, anti-family, anti-God, and destructive “Black Lives Matter” movement that has been passed over as a “peaceful” protest movement. We believe that not only do “black lives matter” but that “all lives matter”. Any life lost is one too many.