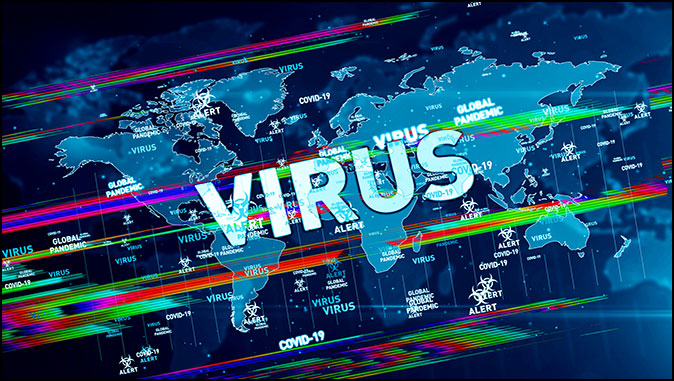 It looks like Bill Gates is back in the news again. As many of you know Bill Gates has been very vocal on the COVID-19 pandemic situation though his Bill and Melinda Gates Foundation. Bill Gates has been involved for a long time with health-related projects though out the world. Some of these medical projects have had mixed results, like those in India dealing with vaccines, and for those who follow these sorts of things they have become very suspicious of the work that Bill Gates does through his Foundation. That Bill Gates’ father was involved with abortion provider Planned Parenthood and may have had eugenics leanings is also quite disturbing to many folks. Bill Gates has also been on the record saying that he thought that earth’s population should be reduced considerably. It is not hard to see how people have made a possible connection there.

Anyway, one of the first thing that strikes people as being odd is that Bill Gates is treated like some “medical superstar” despite not having a medical degree or any other medical credentials. He is not a medical doctor, researcher, or anything of that nature, but yet the liberal media seems to “hangs” on every word the comes from his mouth when it comes to the coronavirus pandemic. The truth is that his “money” does the talking and Bill grabs the spotlight that his money enables him to get.

The latest “wisdom” from Bill Gates is that we need a “global alert system” and a “pandemic fire squad” to quickly respond to the next pandemic problem that is coming.

The Gateway Pundit has an article on this:

Billionaire philanthropist Bill Gates called for a “global alert system” and “pandemic fire squad” for the “next pandemic.”

“When it comes to preventing pandemics, scientific tools alone aren’t enough. We also need new capabilities, including a global alert system and infectious disease first responders, or what I like to call a pandemic fire squad,” Bill Gates said.

Gates is looking forward to the next pandemic so he can roll out his “mega testing diagnostic platforms” which could test 20% of the entire population every week – to hell with the Constitution. Basically no one will have privacy.

Testing and contact tracing will be the “new normal” in order to track everyone on planet earth in real time.

Gates also touched on the suspicion around his foundation’s activities:

Bill Gates told Reuters on Wednesday how surprised he was with the “crazy conspiracy theories” that have been circulating on social media about him and Anthony Fauci in regard to the coronavirus. Bill Gates told Reuters: “Do people really believe that stuff? We’re going to have to get educated about this over the next year and understand how does it change people’s behavior, how should we have minimized this either working with the social media companies or explaining what we are up to in a better way.”

While I am not a prophet or a son of a prophet, I can’t tell you every detail that is going on in regards to the pandemic and how it will all eventually play out. We believe that the vaccines are not the “Mark of the Beast” as some have tried to imply, but that the ongoing government intrusions, privacy invasions, contact tracings, and many other similar things will help lead to progress in developing the coming one world government that will eventually become a reality. In fact, much of it is already in effect and just waiting for the right “crisis” to bring it to the forefront.

I think the concept of the “frog in the boiling water” is a good analogy in that in order to make large scale changes to society in the way that things are done is that they are done incrementally and not all at one time. These incremental updates provide for less “sudden disruption” and is more socially acceptable to society as a whole. With the frog in the boiling water scenario, we see that the water is turned up incrementally over time to where before the frog realizes it, he is burned or in worst case dead.

For example, with the COVID-19 vaccines, they are coming out with “voluntary” vaccinations in order to get people to accept the new vaccines. Then they will focus on certain “essential occupations” that will need the vaccines and then finally they may introduce “mandatory” vaccines. As we talked about in a previous Rapture Report, some jobs and schools already require certain vaccinations before you can participate in education or employment. In some places like with public transportation, public offices, restaurants, department stores, etc. they are discussing making “vaccination passports” allowing people access to businesses and services. It is quite simply really. No vaccination passport, then no service. There are a whole host of other scenarios where they will use the “frog in boiling water” routine in order to chip away at privacy and personal liberties that makes America such a unique society and country. Before people know it, they will have lost their freedoms in the name of safety.

As we get further and further in the end times before the coming 7-year Tribulation period, I think we will continue to see more and more erosions of our personal liberties all in the name of “saving us” from whatever threat there is at the time. As the Democrats like to say, never waste a good crisis in order to make changes that the people would never normally accept under normal times. The Bible warns us that pestilence will become worse as we head into the last days. There are reports of different strains of the coronavirus popping up around the globe that are making the rounds on the news sites. I think we can expect to see more and more of this “virus” business in the future. As many officials have stated, there is no going back to “normal” before the virus.

As believers, we need to continue to be wise as serpents and harmless as doves in going about our business on earth. We need to remain focused on Jesus Christ and the promises of the Bible. We need to remember that no matter how dark, dreary, or helpless things seem on earth, that we are just simply passing through this world. The Bible tells us that believers in the church age do not need to fear the coming Tribulation period as we are promised of the “blessed hope” of the rapture of the church BEFORE the 7-year Tribulation period. For we are saved from the time and place of the coming wrath because we are saved by grace through faith in Jesus Christ. So, do not despair as unbelievers do who are without the promises of the Bible.

Jesus said that He was not of this world and as believers in Jesus Christ we are not of this world either. Our time on earth and our lives are like a vapor. Our lives suddenly appear on the human timeline and then fade out. Do not let the problems of this world drag you down. Remember, to pray for help from above in dealing with the things of this world.

And as always, keep looking up, for our redemption is drawing nigh!