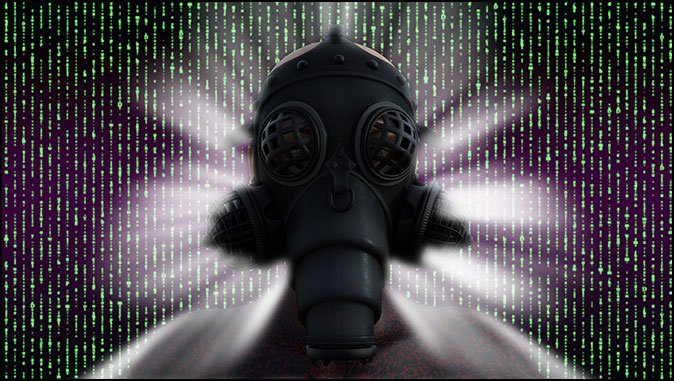 While the world has been dealing and distracted with the COVID-19 situation and the U.S. rocked by protests over police brutality, there are some interesting developments in the Middle East that need to be reported as they potentially concern the fulfillment of Bible prophecy. As students of Bible prophecy know, there are some end times prophecies that speak of involving Iran and Israel in the last days. The main prophecy concerning Iran is the Ezekiel 38-39 scenario where Iran joins Russia and Turkey as well as many others with them to try to invade Israel in an effort to destroy them. This triggers the divine intervention of God into the prophecy and it ends in utter defeat of Israel’s sworn enemies. There are also some prophecies that some see that relate to areas that are currently populated by Iran’s nuclear weapons program that are cause for concern and that suggest the destruction of these areas. We need to remember to keep one eye on the Middle East at all times.

Now, one item that came to my attention the other day is a report from the Jerusalem Post that indicated Arabic media saying that Israel has made a cyberattack on the Natanz nuclear facility. The cyberattack is apparently related to an explosion that destroyed a compound at the nuclear facility where UF6 gas was used for uranium enrichment. The Jerusalem Post article went on to report:

Kuwait’s Al-Jarida newspaper, which covers security incidents and sometimes alleges Israeli involvement, says that Israel carried out a cyberattack on the Natanz nuclear facility on Thursday. The incident has been downplayed by Iran but experts say that a sensitive warehouse that deals with centrifuges was damaged.

According to the report a source informed Al-Jarida that a cyberattack hit the facility. The report linked this to an earlier cyberattack on Israeli water infrastructure that Iran allegedly carried out and then another cyberattack on an Iranian port in May. It also links the Natanz cyberattack to the earlier Stuxnet computer worm attack in 2010.

These are coordinated sabotage operations, according to the newspaper. The Natanz incident explosion and another explosion near Parchin targeted UF6 gas storage that was used for uranium enrichment. This is uranium hexafluoride gas.

In November, 2019 Iran unveiled the production and injection of the gas into IR-6 centrifuges. These are the advanced centrifuges Iran has increased at Natanz. The Atomic Energy Organization of Iran (AEOI)’s Ali Akbar Salehi has spoken openly about the gas and the new centrifuges. Iran added around 30 of these IR-6 centrifuges to Natanz in November 2019, making at least 60 in total at the site.

The Kuwaiti paper argues that Iran has now lost 80% of its stock of this gas. “This is likely to be an electronic attack on the computer network that controls the storage compression tanks. Iran will need about two months to compensate for the gas that was lost.”

The Natanz explosion led to a “crack in the reactor building. Specialized groups went to the reactor to discover whether there was leakage in radioactive materials.” Iran says there was no leak at the site.

With all that is going on in the world, it surely seems that we have seen an acceleration in the speed in which the end times is now moving. I tend to think with the upcoming Israeli annexation of part of the West Bank, the U.S. elections in November, and the fact that Iran is moving closer to securing a nuclear weapon that something has to give soon as it related to the prophetic scene.

I think it is also quite possible that Iran will retaliate for the cyberattack somehow and an indication of that is the warning Iran sent out to its enemies regarding crossing “red lines” that was clearly aimed at Israel and the United States. A report coming out of Reuters is also in support of this notion of retaliation by Iran:

Iran will retaliate against any country that carries out cyberattacks on its nuclear sites, the head of civilian defence said, after a fire at its Natanz plant which some Iranian officials said may have been caused by cyber sabotage. The Natanz uranium-enrichment site, much of which is underground, is one of several Iranian facilities monitored by inspectors of the International Atomic Energy Agency (IAEA), the U.N. nuclear watchdog. Iran’s top security body said on Friday the cause of the “incident” at the nuclear site had been determined, but “due to security considerations” it would be announced at a convenient time.

Iran’s Atomic Energy Organisation initially reported an “incident” had occurred early on Thursday at Natanz, located in the desert in the central province of Isfahan. It later published a photo of a one-storey brick building with its roof and walls partly burned. A door hanging off its hinges suggested there had been an explosion inside the building. “Responding to cyberattacks is part of the country’s defence might. If it is proven that our country has been targeted by a cyber attack, we will respond,” civil defence chief Gholamreza Jalali told state TV late on Thursday.

I tend to think that the Iranian nuclear program is a major red line for Iran and that eventually it will be crossed by either Israel or the U.S. It was reported in another article earlier this week that John Bolton had indicated Trump will not strike Iran, but will instead let Israel carry out the strike. I think this is probably a very good estimate of the situation. I am very certain that Israel’s intelligence on the ground in relation to Iran’s nuclear program is much better than ours simply because Israel’s very existence is at stake over the issue.

I also think we need to keep an eye on the Middle East and remember that there are quite a lot of “in process” prophecies that are currently in some stage of fulfillment. This should motivate us to keep reaching the lost for Christ in these last days.

As we see these prophecies in some stage of fulfillment, we should continue to keep looking up for that mean that the rapture of the church is surely getting closer with each passing day.

The Rapture Report – Democrats, Celebrities, and Left-Wing Groups Call for Radical Plans to Defund the Police

China’s Digital Currency To Be Test Driven By U.S. Companies McDonalds, Starbucks, and Subway By…