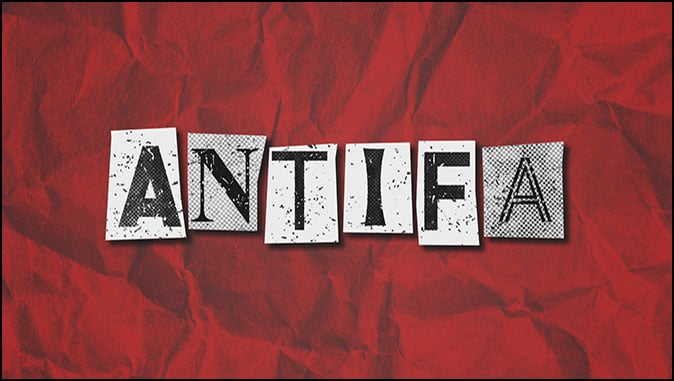 This past weekend in Washington, DC there was a BLM march that included members of the Antifa “domestic terrorist” group. The march of course was covered by the media but unsurprisingly the Democrats did not condemn any of the misbehavior or threats of violence made by either group. This is not surprising as the Democratic tactic is to go “silent” when left-wing groups come out to protest and march. If this had been right-wing groups marching the Democrats would be calling for more impeachments over the “insurrection” taking place in the street. Surely they would have found some silly reason to blame former President Donald Trump for it.

As we know the Biden administration and the Democrats have Washington, DC under occupation with thousands of National Guard troops being deployed based on fabricated “lies” about possible right-wing violence and protests. The Democrats do not lift a finger or a voice when it is left-wing fanatical groups on the prowl.

The FoxNews website has an article about the march:

Protesters marched in Washington, D.C. throughout the afternoon and evening Saturday. A “DC Queer and Trans Black History Month March and Rally” was organized at 2 p.m. by the Total Liberation Collective and the Palm Collective. Later in the evening, Black Lives Matter protesters marched north from Dupont Circle.

Some Antifa protesters mixed in, as a red and black “Antifascist Action” flag could be seen being carried by a group of protesters clad in black. The protesters briefly paused in front of a row of restaurants where some protesters scuffled with police officers, independent journalist Brendan Gutenschwager reports. Chants of “Black lives, they matter here” and “If we don’t get it, burn it down” rang out from the crowd. “We are here tonight because black lives matter,” the group recited at the end of the protest. “Despite black lives mattering, black people are still dying at the hands of the police paid for by our tax dollars.”

After terrorizing the country last year with BLM and Antifa marches that led to many deaths, hundreds of injuries and an estimated $2 billion dollars worth of damage in their wake, we are now seeing more marches here in 2021.

Sadly, lost in all the reporting is the lives of those who feel to victim to BLM and Antifa terrorists. People like police Captain David Dorn and 8 year-old Secoriea Turner have faded from the news reports as if they never existed. This is sad and shows that not all black lives matter.

We need to pray for those who lost loved ones in this senseless and irresponsible violence perpetuated at the hand of BLM and Antifa domestic terrorists.