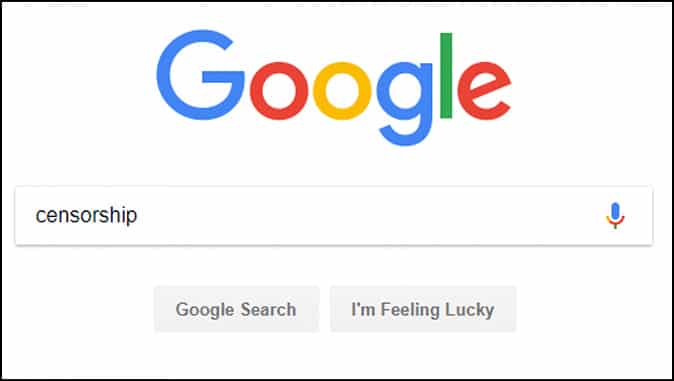 Google needs to be broken up. It’s an illegal monopoly that censors conservatives and opponents of Communist China.

On Wednesday, human rights activist Jennifer Zeng posted a video of a person entering the epithet “communist bandit” (共匪) in the comment box beneath a YouTube video. Within 15 seconds after posting the comment, it mysteriously and inexplicably disappears.

The term is an anti-communist insult which was first coined by the Kuomintang in the early 20th Century and was used extensively by the Chiang Kai-shek (蔣介石) government during the martial law era in Taiwan. The Chinese character “共” (gong), is short for 共產主義 (gongchan zhuyi, communism), while the character “匪” means “bandit,” and was used extensively during China’s Warlord Era.

Taiwan News typed the term in Chinese characters in the comment box in a few different YouTube videos and indeed within 15 seconds, the comment had been automatically excised. It is not clear why YouTube is automatically censoring this word.

According to Google, it’s an accident.

“This appears to be an error in our enforcement systems and we are investigating,” YouTube said.

Does anyone believe Google’s lies anymore?

This is a highly specific term critical of the Communist Party, and one that it would want banned. Does anyone seriously believe that its addition was accidental? Google should be dragged in for hearings about its relationship with China.

Since 2018, Google has been cooperating with a leading artificial intelligence (AI) research body at Tsinghua University, a prestigious Chinese academic institution that also conducts AI research for the Chinese military.

Google also faced criticism after information emerged in 2018 that it was secretly developing a censored search app for the Chinese market as part of a project dubbed “Dragonfly.”

YouTube has recently started to demonetize content that is critical of the Chinese Communist Party and China’s handling of the Wuhan coronavirus (COVID-19) pandemic.