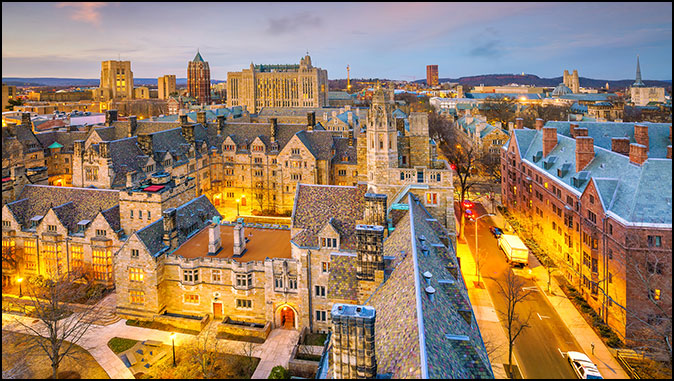 Yale Has More Administrators Than Faculty
By Daniel Greenfield

The proliferation of administrators has long been the ticking time bomb of academia.

The number of executive, administrative, and managerial employees on university campuses nationwide continued its relentless rise right through the recession, up by a collective 15 percent between 2007 and 2014, the federal data show. From 1987 to 2012, it doubled, far outpacing the growth in the numbers of students and faculty.

And the numbers keep getting madder to the point where the American university is on the verge of becoming a Monty Python sketch with administrators outnumbering students and faculty.

Over the last two decades, the number of managerial and professional staff that Yale employs has risen three times faster than the undergraduate student body, according to University financial reports. The group’s 44.7 percent expansion since 2003 has had detrimental effects on faculty, students and tuition, according to eight faculty members.

In 2003, when 5,307 undergraduate students studied on campus, the University employed 3,500 administrators and managers. In 2019, before the COVID-19 pandemic’s effects on student enrollment, only 600 more students were living and studying at Yale, yet the number of administrators had risen by more than 1,500 — a nearly 45 percent hike.

The scale of administrative growth continues to increase exponentially like some sort of virus.

“I had remarked to President Salovey on his inauguration that I thought the best thing he could do for Yale would be to abolish one deanship or vice presidency every year of what I hoped would be a long tenure in that position,” professor of English Leslie Brisman wrote in an email to the News. “Instead, it has seemed to me that he has created one upper level administrative position a month.”

The administrative expansion correlates pretty directly with wokeness. And the new equity push provides fuel for yet more deans and more oversight of everything by what is effectively one giant bureaucracy consuming the core functions of the university.

But it’s not just university.

Arguably administrative growth remains a driver of both institutional radicalism and inefficiency across corporations and government. We’re replacing a strange version of the Soviet state by recreating its bureaucracy one institution at a time with the result that very little gets done.