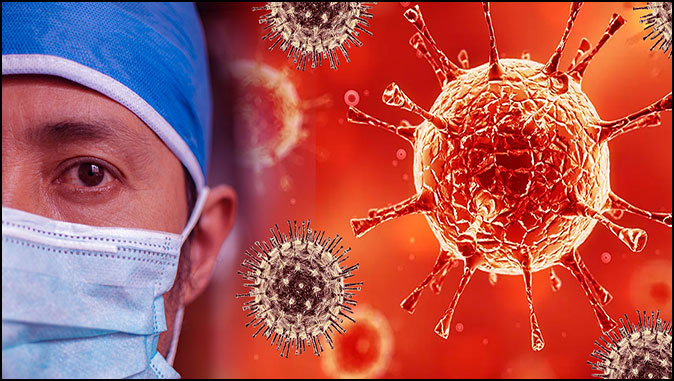 Would COVID-19 Have Even Been a Thing Fifty Years Ago?
What really made this “pandemic” a uniquely miserable moment in history.
By William Sullivan

Imagine that an unknown, highly contagious, and incredibly deadly virus originates in Asia and spreads across the globe, infecting some tens of millions of people and killing over a million people. And in America, despite this pandemic, and despite unprecedented political protests and violent riots occurring in the streets, the stock market and economy both improbably remain strong.

You could be forgiven for thinking that this describes America in 2020 and the COVID-19 virus which originated in Wuhan, as it’s a completely accurate description of both. But there’s a difference between today and this particular example. Other than domestic social unrest and a war against Communism in Southeast Asia, life during the Hong Kong flu pandemic of 1968-70 generally went on as normal.

Globally, it is estimated that one to four million died of Hong Kong flu, with the highest rates of mortality among infants and the elderly. Some countries were hit harder than others, but it was “widespread and deadly” in the United States, with over 100 thousand estimated to have died.

And, again, life went on as normal in 1968 and 1969, whereas our world has been turned upside down in 2020. Small businesses across America have shuttered their doors forever, marriages and families have been broken due to financial strife and stress, our children lost precious time in education and social development that they will never get back, and Americans can’t even exercise their God-given and explicitly protected right to go to church.

Why? Let’s take a look at some of the numbers involved here.

The lowest estimate offered for global deaths associated with Hong Kong flu pandemic is one million, and if one million were infected and died with Hong Kong flu in a world with roughly 3.6 billion people, it was a mortality of roughly 0.03 percent of the global population. Just shy of 1.1 million people around the world have died while having COVID-19, and in the current world of roughly 7.8 billion, this amounts to 0.01 percent of the global population.

Those numbers don’t tell a whole story, but they begin to paint a clearer picture of the two pandemics. Globally, it is sure that more people have died with COVID-19 than those numbers tell, with nations like China and Russia reporting inaccurate death tolls in order to tout the effectiveness of their national response to the virus. Meanwhile, it is simultaneously true that America and other Western nations have been far more relentless in identifying the presence of COVID-19 among those who’ve died than other nations have been, and certainly more relentless in that pursuit than American doctors or the media watchdogs would have been in 1968.

Early on in the 2020 pandemic, it became clear that the United States was dramatically overcounting novel coronavirus deaths. As Dr. Ngozi Ezike, the director of the Illinois Department of Public Health, told Americans back in May:

[I]f you were in a hospice and had already been given weeks to live, and then you also were found to have COVID, that would be counted as a COVID death. It means, technically even if you died of a clear alternative cause, but you had COVID at the same time, it’s still listed as a COVID death.

This wasn’t just in Illinois, but a national policy, as Dr. Deborah Birx reassured us. We’ve all heard the nonsensical stories that developed as a result of that policy, such as a young Floridian man in his 20s having tragically died in a motorcycle accident, only to be later labeled a COVID victim.

Such ridiculous efforts to connect unrelated deaths to the physical ravages of COVID-19, along with the media’s breathless reporting of the skewed data which resulted from it, have made an impression upon Americans.

In 1968, less than five percent of the world’s much smaller population was over 65. Today, nearly 10 percent of the world’s much larger global population is over 65. One need not speculate long to understand that medical advancements have allowed countless millions to live longer, even in spite of debilitating and life-threatening diseases that would have killed them years earlier just a few decades ago. And overwhelmingly, these are the people dying with this virus.

Now, with all that in mind, would COVID-19 have been anything more than a passing bug fifty years ago? Probably not. The virus would have found suitable hosts, nearly half of whom would have experienced no symptoms at all, and the vast, vast majority of whom would have experienced mild, familiar symptoms and recovered without any medical attention. There would have been no efforts to label murder or trauma victims as victims of the virus, or efforts by Democrats and the media to crush the economy, and we would have, as we did with the Hong Kong flu, learned to live our lives with it, even in spite of a vaccine. (Fact: It’s still with us today.)

The similarities and contrasts between fifty years ago and today are yet more evidence that what has made this pandemic a uniquely horrific and miserable moment in history is not on account of this particular viral strain, but on account of a government-media complex inducing fear through propaganda and exerting power through unconstitutional edicts. It’s more evidence that the doctors arguing for targeted mitigation were correct all along, including Dr. David Katz, who argued as early as March 20 in the New York Times for a “surgical” strategy of protecting the most at-risk while letting the rest of Americans go about their lives. That’s the strategy that Sweden employed, and though they could have protected nursing homes better, they are all but done with COVID-19 and life is back to normal. And thankfully, it’s the strategy that Trump adviser Dr. Scott Atlas is recommending today.

Fifty years ago, COVID-19 might not have even been a serious news item, much less the hysteria-inducing threat the media have made it out to be. And today, it didn’t have to be the horrible thing that it became for hundreds of millions of Americans who would have had few or no problems at all in becoming infected by this virus which very selectively harms only a very small segment of our population.

William Sullivan is an author whose work discussing politics, economics, history, and culture in America has been frequently featured at American Thinker for over a decade.