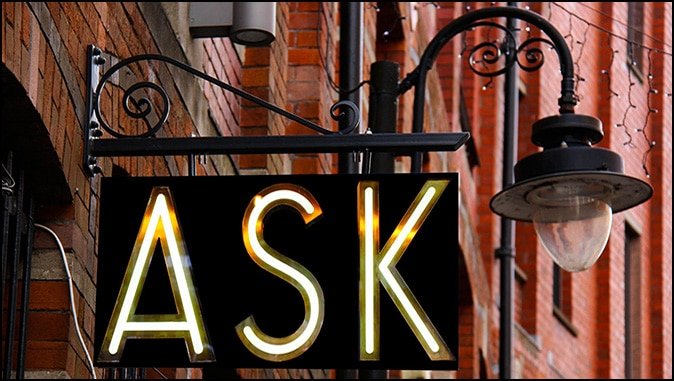 Why Will No Reporter Ask Dr. Fauci These Questions?
By Don Boys

You decide—or wait for a jury’s decision. A thorough investigation may discover Fauci guilty of all charges, or guilty of some charges, or totally innocent of criminal accusations.

Whatever reason, Tony should be terminated at least for some of the following.

Dr. Judy Mikovits said she cooperated with the FBI during an investigation of Dr. Fauci and the National Institute of Health (NIH). She alleged Fauci was a “workplace tyrant who was under investigation for swiping scientific research, covering up tainted vaccines, doling out lucrative federal grants to feckless cronies, and much more.”

It gets worse, but remember her charge is not a conviction. Also, one’s gender alone is not a guarantee of honesty.

Another query is, why did the NIH in 2014 give $3.7 million of taxpayers’ money to the Wuhan lab in China? Such grants were prohibited in 2014. Did President Obama grant an exception? We know the money was given to a corrupt rogue organization, but did Obama authorize it?

We are still waiting for an answer, even a lame one.

Fauci said on February 29 that malls, gyms, and movie theaters were acceptable activities, and March 9, one could even attend large rallies and go on cruises. However, in a CNN interview, he said otherwise. The interviewer said, “You and other top officials wanted to recommend social and physical distancing guidelines to President Trump as far back as the third week of February, but the administration didn’t announce such guidelines to the American public until March 16th almost a month later. Why?”

He gave a non-answer that would only satisfy an indulgent wife.

Fauci’s emails show his inability to make sane decisions since he often told Hillary or her lawyer how much he loves her. “I Love Her More Than Ever.” He has shown that he has no discretion in whom he places confidence, such as his long time confidence in the very famous, failed, and flawed Professor Ferguson.

Fauci said on February 15 that the risk from coronavirus was “minuscule.” On March 15, he told Jon Karl on ABC that the U.S. could expect up to 1.7 million coronavirus deaths! On March 30, he stated that deaths could reach the infamous 2.2 million mark without mitigation! He had taken flawed information from the now-disgraced London epidemiologist Professor Neil Ferguson of Imperial College. The latter estimated that there would be “2.2 million dead people in the U.S.” from the coronavirus.

Newsweek reported of Ferguson’s fall from power when he “resigned from his position advising the British government after he broke social distancing rules with his married lover” during some illegal visits with her. Note that the disgrace was not having an illicit affair with a married woman but breaking social distancing law that he had recommended. Ferguson had recommended to London officials that people must stay home except for getting food, exercise, and other essentials. I suppose spending “quality” time with his lover could qualify as exercise.

Ferguson is known as Professor Lockdown.

His lover said she did not feel like a hypocrite in breaking the law based on what her lover had helped establish in Britain since “she considered the [two] households to be one.” Of course, a husband and wife have always been considered as one, but not two unmarried lovers, each with a family. That has always been known as adultery.

Moreover, it is interesting that Ferguson resigned in disgrace from his government consulting position, not his position at Imperial College. The college assured all Englishmen that he “continues to focus on his important research.” I really don’t think his focus was research.

Ferguson’s specialty is in modeling for statistical purposes that has proved to be outrageously wrong. His fellow-modelers ridicule him saying, “Ferguson has been wrong so often that some of his fellow modelers call him, The Master of Disaster.” Yet, Dr. Fauci makes decisions based on his work!

The number of deaths has reached 90,000; however, that number must be very flexible because they are counting deaths caused from other diseases. Much more money, honey.

President Trump should not trust Fauci’s leadership when he has chosen sources carelessly and government officials made decisions that affect millions of innocent people based on bad guesses.

Why did Fauci balk when asked about the value of Hydroxychloroquine (HCQ), as a cure for the Chinese coronavirus when his own organization NIH knew it was an effective inhibitor of coronaviruses since 2005? The NIH on August 22, 2005, reported in Fauci’s Virology Journal under the heading, “Chloroquine is a potent inhibitor of SARS coronavirus infection and spread.” The explosive report revealed, “We report…that chloroquine has strong antiviral effects on SARS-CoV infection of primate cells. These inhibitory effects are observed when the cells are treated with the drug either before or after exposure to the virus, suggesting both prophylactic and therapeutic advantage.” It would cure and prevent a SARS-CoV infection.

But, here’s the kicker: If the treatment is used at the first symptoms, it has been 100% successful in treating about 500 coronavirus patients, according to Dr. Vladimir Zelenko in March. Zelenko said, “We have had ZERO deaths, ZERO hospitalizations, and ZERO intubations. In addition, I have not heard of any negative side effects other than approximately 10% of patients with temporary nausea and diarrhea.”

Did Fauci sneer at the proven success of HCQ because of financial interest in the Remdesivir vaccine that he was promoting at that time? The cost for HCQ is only $20 and is generic so any company can produce it, but for little profit. Do Fauci and his buddies at the CDC have their sights on a new drug or vaccine with astronomical profit potential?

This answer may require more than a yes or no reply.

Let me preempt the obvious probable “answer” that a VA study showed the treatment was ineffective; however, that is somewhat distracting and disingenuous if not dishonest since the hugely successful drug was given in the VA study only when the patient was at the point of death! Furthermore, the HCQ was administered without azithromycin and zinc, which form a very effective combination. The proper protocol requires it to be administered at the beginning of the illness, not the end when the death angel shows up at the patient’s door.

The VA is still using the drug but not according to the proper protocols since “its use was now limited to extenuating circumstances, such as last-ditch efforts to save a coronavirus patient’s life.” Hey guys, follow the directions if you expect success. Lives are being lost unnecessarily.

One more HCQ expert is Dr. Didier Raoult, called “the Anthony Fauci of France,” who had spectacular success using HCQ to treat victims of SARS-CoV-2. Raoult said way back on February 25, that “it’s game over” for coronavirus. He and a team of researchers reported that the use of HCQ administered with both azithromycin and zinc cured 79 of 80 patients.

Fauci’s former collogue, Dr. Judy Mikovits, charges: “The AMA was saying doctors will lose their license if they use hydroxychloroquine, the anti-malarial drug that’s been on the list of essential medicine worldwide for 70 years. Dr. Fauci calls that ‘anecdotal.’ It’s not storytelling if we have thousands of pages of data…this is essential medicine, and they keep it from the people…that’s exactly what’s going on with COVID-19. The game is to prevent the therapies until everyone is infected, and then push the [new] vaccine.”

Since Fauci likes to answer questions, I would like him to go into detail with that charge from a former colleague.

In Dr. Mikovits’ explosive YouTube that has been removed, she claims that Fauci and other top officials at the HHS, CDC, NIH, and NIAID all destroyed her life because of her scientific paper (which conflicted with the scientifically accepted but not scientifically proven AIDS’ message). She alleges Fauci demanded to see the as yet unpublished article. When she refused, Fauci had a hissy fit (my characterization for a screaming fit) right there in the office.

Consequently, Dr. Mikovits alleges she was arrested without a warrant and taken from her home and held in jail for five days without charges as the scientific Gestapo continued looking for her notebooks she was accused of taking from the lab. Subsequently, she was forced into bankruptcy and gagged for five years. She said Fauci directed the cover-up claiming fraud, and all the health officials were being paid big bucks to continue the cover-up and persecution of her. She charged, “Millions of dollars in funding were used to fund that cover-up by Fauci’s organization, National Institute of Allergy and Infectious Disease.”

The hassled, harried, and hated scientist said, “millions of people died of AIDS because U.S. health officials held up my paper. The present head of CDC Robert Redfield was involved.”

I’m sure a simple yes or no will not be a sufficient answer.

Fauci is a researcher, not a dedicated family doctor or surgeon. He knows nothing about taking out your appendix, and I would not trust him to take out the garbage. Moreover, he has no training in or experience in city or state management, the economy, or the history of social and health decisions on population centers, or societal impact on government lockdowns.

In light of the above, if proved in court, he should have some experience with a personal lockdown.

(Dr. Don Boys is a former member of the Indiana House of Representatives who ran a large Christian school in Indianapolis and wrote columns for USA Today for 8 years. Boys authored 18 books, the most recent Muslim Invasion: The Fuse is Burning! eBook is available here with the printed edition (and other titles) at www.cstnews.com. Follow him on Facebook at Don Boys, Ph.D.; and visit his blog. Send a request to [email protected] for a free subscription to his articles, and click here to support his work with a donation.)

The Media Cheers Government Censorship of the Internet

Holding the PLO Accountable Is the US's enabling of the PLO coming to an end?…

Church, We Must Fight for Our Freedoms

Church, We Must Fight for Our Freedoms By Anne Reed A couple of months ago,…

The Limits of Israeli Power

The Limits of Israeli Power Time for Israel to take control of its future. By…