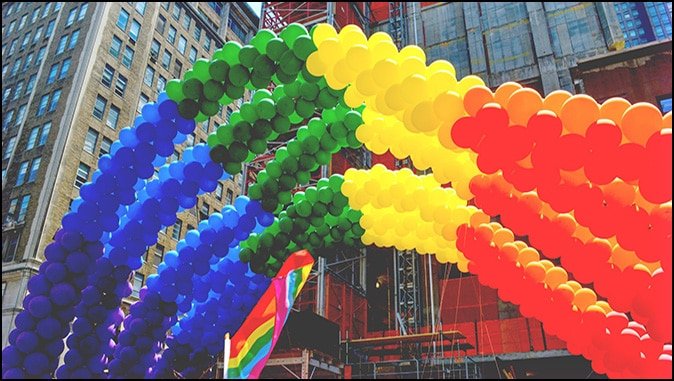 Why the LGBT Wars against Real Christianity
By Michael Bresciani

The day when medical news and modern trends took years to develop and to be made known to the public are long over. Because of the internet and worldwide instant communications, knowledge and the truth about many things can be made known instantly.

Getting someone to accept truth is still moving at a snail’s pace and it is a well-known condition of the human heart to accept only what appeals to our own sensibilities – and little else.

The LGBT is accepting only that which presently appeals to its trendy new acceptance by the public, even if most of the public hasn’t much concern about the deadly contemporary and future consequences of that lifestyle.

For transgenders, the problems are even greater. They now include research which verifies beyond dispute that the drugs used to treat them are deadly. In the largest study of those using transgender hormones ever done, involving over 5000 people, it was shown conclusively that there is a 80 to 90 percent greater risk for stroke and heart attack.

Those who have not fallen into wholesale apostasy in the Christian church are faithfully proclaiming on the spiritual level that gays and transgenders are thwarting a present relationship with God and an entire eternity with him because of their chosen lifestyle.

Passing from the practical and spiritual level we come to another level sometimes referred to as “the common sense level.” It was brilliantly illustrated recently in the words of a Louisiana candidate for governor, Dr. Ralph Abraham. Abraham pauses at the end of a very well presented campaign ad and says that as a doctor he can assure us that, after all, there are just two genders and they are male and female.

LGBT activists choose to dismiss the many passages of both the Old Testament and the New Testament because scripture found in both strictly forbid and condemn all forms of homosexuality. Transgenderism is not specifically mentioned in the texts, but it is just another high form of homosexual perversion.

Of all the passages dealing with the error of homosexuality it is generally these two that receive the most flak from the LGBT community.

2. “Who changed the truth of God into a lie, and worshipped and served the creature more than the Creator, who is blessed for ever. Amen For this cause God gave them up unto vile affections: for even their women did change the natural use into that which is against nature: And likewise also the men, leaving the natural use of the woman, burned in their lust one toward another; men with men working that which is unseemly, and receiving in themselves that recompense of their error which was meet.” (Romans 1:25-27)

What keeps the LGBT crowd from taking these passages seriously is far more basic than just an inability to see the warnings conveyed in these very clear admonitions. It is a common spiritual malady of mankind not just the homosexual community.

Again this malady is conveyed in only two simple but profound verses of scripture.

1. “And the light shineth in darkness; and the darkness comprehended it not.” (John 1:5)

2. “And this is the condemnation, that light is come into the world, and men loved darkness rather than light, because their deeds were evil.” (John 3:19)

For people of the faith this is not rocket science.

On a strictly semantic level the LGBT crowd are not willing to see that the idea of ‘love” being all that is needed to justify their behavior can be despoiled by any fifth grader. Some people love hatred and murder, crime and violence, yes, and some love pure darkness as the scriptures reveal – how does love justify any of that?

The LGBT crowd simply cannot comprehend the error of their chosen lifestyle because their vision is blocked. The blockage just happens to be their chosen lifestyle. The key word here is “chosen” – no more and no less. This is a perfect socially driven catch 22 with no apparent remedy – oh wait – there is still repentance.

By following those in the front of the LGBT movement it would seem all too easy to see those leaders as the heroes of the day, but that takes nothing away from the oft tested veracity found in the saying that “fools still rush in where wise men fear to tread.”

Those who take comfort following the LGBT leaders, is exactly what Christ was referring to when he proclaimed – “And if the blind lead the blind, both shall fall into the ditch.” (Mt 15:14b)

The Christians also are the brunt of LGBT hatred because, along with being the light of the world, they are the salt of the earth. (Mt 5:13)

This too, is not rocket science.

Salt is a preservative and if rubbed and forced into meats and other provisions to preserve the goodness of these things for a good long time. Conversely, salt is also a fiery irritant to sensitive areas, wounds and areas of great vulnerability. Christ knew well what he was conveying to his listeners. He knew they would be a blessing and an offense all at the same time.

But Christians don’t fall on the LGBT like an invading army, but they come impleading for the sake of the precious lives of men and women to repent and come out so their everlasting souls will be saved. True Christianity does not ask anyone to leave a place of comfort, a family, to be left alone, stranded and forsaken. It calls for them to switch families and be born again. To wit:

“Wherefore come out from among them, and be ye separate, saith the Lord, and touch not the unclean thing; and I will receive you, And will be a Father unto you, and ye shall be my sons and daughters, saith the Lord Almighty.” (1 Cor 6:17-18)

We may go state by state and city by city to cancel conversion therapy, but no one will cancel God’s word, and he was the first to call them out. He is seeking their conversion until the very last moment of time.

Time is running out!

Michael Bresciani is the editor of American Prophet.org since 2005. The website features the articles and reports of Bresciani along with some of America’s best writers and journalists. Millions have read his timely reports and articles in online journals and print publications across the nation and the globe.