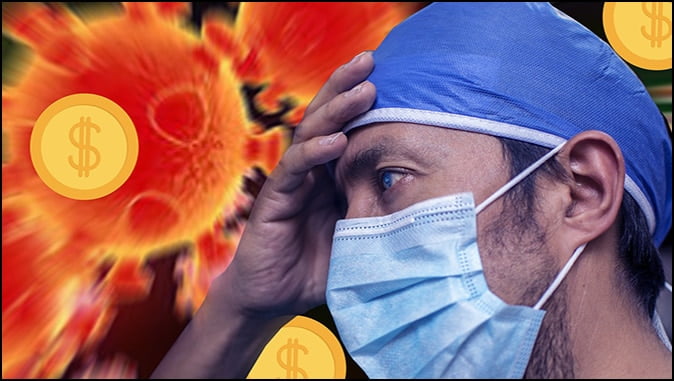 Why Isn’t Hydroxychloroquine the Standard of Care?
By Bryan Fischer

It is inexplicable that the unproven drug remdesivir has climbed to the top of the charts and is now recognized by our health care bureaucrats as the “standard of care” in dealing with coronavirus. It has already received emergency FDA approval despite the fact that it “is currently not approved for any treatment for any disease anywhere in the world.”

Meanwhile, hydroxychloroquine has been used successfully since 1944 to treat not only malaria but rheumatoid arthritis and lupus with virtually no complications or side effects. It has been used with spectacular results to treat COVID-19 in the U.S., France, and China. COVID-19 has not even appeared in the malarial countries of the world where it has been in use for decades. So it has not only proved clinically effective to treat coronavirus, it seems to function much like a vaccine. The National Institutes of Health determined in 2005 that it is a “potent inhibitor” of SARS, the family to which COVID-19 belongs.

The bizarre thing is that researchers already admit that remdesivir “is not going to be the cure to coronavirus.” It is only a “proof of concept” that the Chinese virus can in fact be treated with a drug. Recent tests of remdesivir showed only that it shortened the duration of recovery by four days. However, a smaller study published the same day suggests it may be no more effective than a placebo.

So a drug which is so experimental that it is “not currently approved for any treatment for any disease anywhere in the world” is being touted as a wonder drug, even though it may be no better than a placebo, while an inexpensive and readily available generic has been proven effective and is ignored and sniffed at.

You can’t just show up at your doctor’s office and get remdesivir. It requires getting an infusion for five or 10 days. Dr. Gordon Cohen of Tacoma, WA adds, “it does cause a lot of side effects,” including not only nausea and vomiting but “liver failure.” Yikes.

It’s worthy of note that nobody in the pharmaceutical industry is going to make any money off hydroxychloroquine (HCQ) – it’s a generic that’s been around for 76 years, and there’s just no markup. You can buy 60 200mg tablets for $14.95.

All HCQ does is continue to heal people who are victims of coronavirus, and to do it for pennies. Dr. Robin Armstrong has 56 resident patients at the Resort at Texas City Nursing Home. All 56 residents were COVID-19 positive. Afraid he would lose up to 20% of the residents who were depending on him, he began administering hydroxychloroquine with azithromycin and zinc just as soon as a resident first started showing symptoms. The gratifying result: only one of the nursing homes COVID-19 patients has died. “Everyone who got on treatment, who started on treatment, is actually doing really well,” he said.

Dr. Manuel Bulauitan, a 74-year-old surgeon in New York, came down with a severe form of the coronavirus and was placed on a ventilator twice, but survived against all odds. He was told by the medical staff that it was a “miracle” that he survived. One key component of his miracle cure: hydroxychloroquine.

His three sons, all doctors in their own right, assisted in his care. Again, perhaps we don’t have to choose. Perhaps it was God all along, working through his three sons and hydroxychloroquine, who pulled him through.

Gilead Sciences, the Big Pharma outfit which manufactures remdesivir, spent a company-record $2.45 million in the first quarter to lobby Congress and the White House. The trial that was the basis of Friday’s FDA emergency use authorization was run by the National Institute of Allergy and Infectious Diseases, which has been run since 1984 by Anthony Fauci, the lead member and spokesman for the White House coronavirus task force.

And it looks as though Gilead’s $2.45 million in lobbying was money well spent. At the expected $4,500 per treatment course, analysts at investment bank Piper Sandler project that remdesivir could produce a cool $2 billion (that’s billion with a “b”) in revenue for Gilead, an astounding return on investment.

Watchdog Public Citizen says, “This is the company that gave us the $1,000 (HIV) pill. Remdesivir has benefitted at every stage from taxpayer funding, totaling a minimum of $60 million.”

“On the plus side,” said infectious disease researcher and UCSD Associate Dean of Global Health Sciences Dr. Steffanie Strathdee, “the preliminary results suggest quicker recovery time for people who received remdesivir. On the down-side, the survival benefit was marginal, although it trended in the right direction.”

Gilead can sell remdesivir for $4500 a pop, but they can’t sell hydroxychloroquine for more than $15 a pop. It doesn’t take a rocket surgeon to figure out which drug they hope the White House coronavirus task force will direct people to buy.

All of which raises the question: why isn’t hydroxychloroquine the “standard of care?” Hmmm?