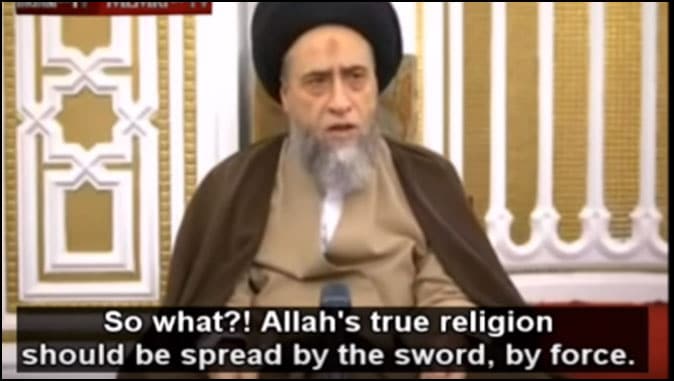 Why is Biden Keeping Trump’s Refugee Caps in Place? Because Too Many Are Christian
By Daniel Greenfield

The media is freaking out because Biden isn’t raising the refugee cap. Some conservatives are also confused.

It’s not actually that confusing.

1. Biden isn’t actually keeping President Trump’s refugee cap in place. He’s shooting it up to 125,000 for the next fiscal year.

2. He’s keeping Trump’s cap in place for now because his people need time to fundamentally reorient the prioritization of refugees.

Under Obama, more Muslims were coming to America as refugees than Christians for the first time. Even though Christians are far more persecuted in far more countries than Muslims. Muslims tend to live in Muslim-majority countries that their ancestors had conquered, colonized, and enslaved, while many Christians are colonized populations living under religious persecution in the Middle East, Africa, and parts of Asia.

Here’s a pro-refugee resettlement article bemoaning the lost “infrastructure” from the Obama era.

Former President Donald Trump’s cuts to the refugee ceiling will continue to impact resettlement for years as President Joe Biden’s commitment to resettle 125,000 refugees per fiscal year will only be as good as the infrastructure that has been decimated in recent years, advocates said Wednesday.

Aid organizations have struggled to connect families who want to help refugees with people who need help after Trump’s cuts, said World Relief’s Church Mobilization Director Matthew Soerens, who is also the national coordinator of the Evangelical Immigration Forum.

“We have lost a lot of infrastructure in the last few years. There’s been a 38% reduction in the number of offices for refugee resettlement since 2017,” he said.

To resettle 125,000 refugees in a year, nonprofits and government agencies will have to increase their current rate of resettlement eightfold. They will have to do so before they know how many refugees will want to apply to the U.S., Soerens said.

“It’s great to put a ceiling, but that doesn’t tell us how many refugees will be arriving. The resources historically followed the arrival of the refugees, but we need to build it before they arrive,” he said.

Biden’s people are just waiting to rebuild the system before opening up the floodgates. They want the “right” kind of refugees. Muslims. And groups more likely to become part of the Democrat base.

Lefty media and social media is as usual dumb and is hysterically attacking Biden for pursuing their goals because it’s too dumb to understand the issues.