Why Capitalism vs. Socialism Is Really God vs. Satan
By Bill Perkins

You have to be two short of a coaster set to think Socialism is a better governmental model than Capitalism. But most of the youth today inexplicably believe a socialistic government is a change for the better. This is the price we pay for allowing our public schools and universities to teach students to be anti-God and pro-socialism.

Listening to some of our elected officials push Communistic ideas while using the foulest language imaginable shows the depth of our depravity here in the United States. And the rhetoric will only get worse as our public schools continue to poison our kids’ minds with non-biblical trash.

For 50 years the liberals have been entirely in control of our public universities across our nation. They’ve replaced rigorous disciplines with social justice indoctrination.

Purporting to be neutral, they’re force-feeding students with Social Justice ideology—which is Socialism—a false religion from the pit of hell. 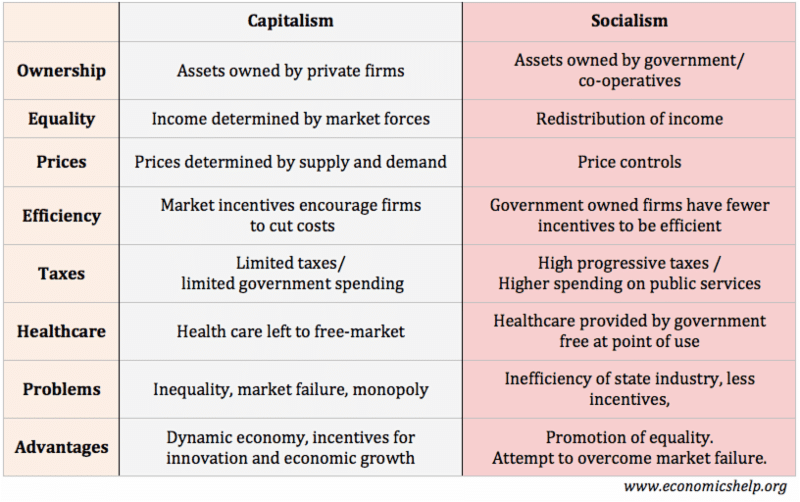 Students today have no understanding of how to research both sides of an idea or issue in order to determine the best decision. More and more universities refuse to allow conservative speakers like Ben Shapiro give his opinion on Campus. If something doesn’t line up with what they perceive to be truth, they don’t want to hear it.

Today, a student’s world is totally void of God’s Word

Therefore they’re not taught there is a future judgment day determining an eternal destination—heaven or hell. That God makes the rules and His rules rule…whether they like them or not, agree with them or not. They have no concept that there are consequences to their actions—with zero chance of appeal.

In 1971 John Lennon penned his Satanic-themed lyrics in “IMAGINE.” This song still haunts us today as an apt description of the coming Tribulation.

Imagine there’s no countries
It isn’t hard to do
Nothing to kill or die for
And no religion, too
Imagine all the people
Living life in peace

What Lennon sang is actually coming to earth in the future, but most students today, and the rest of the liberal non-Believers, are not going to like it much because in order to have all that perceived Socialistic utopia you have to give up FREEDOM.

God will allow this total lack of freedom to come to pass in the Tribulation…the coming horrible 7-year time period. Literally 1/2 the world dies from the most gruesome deaths you can imagine. But that fact is not taught in most churches, much less in schools.

Even a large number of Christian schools shy away from the so-called “divisive” subject of eschatology. So the beginning of Tribulation, the Rapture, will come like a thief in the night, catching the world by surprise. 1Cor. 15:51, 1Thes. 4:6-17

Not only are students taught there is no penalty for sin, they are taught they are all good! And if they’re all good, any problems are not their own. So in their world, nothing is ever their own fault.

And into this ridiculous world of vanilla-lined safe zones and biased-reporting headlines steps President Trump proclaiming truths to which they’ve never been exposed. The typical response from these Millennial Snowflakes seems to be to shut their ears while screaming at the top of their lungs.

The result is that now we have this uneducated mass of people in our society who have no clue that if they get what they want, socialism, they kill the goose that’s laying the golden eggs. They don’t understand the basic tenets of capitalism, much less the ramifications of socialism

Capitalism is freedom, socialism is bondage

They don’t teach true history much anymore so today’s students have no clue how blessed the United States is. In a very short time God allowed us to build the most incredible nation the world has ever seen on a conservative, capitalistic and Scriptural foundation. Therefore, we shouldn’t be surprised that Satan HATES America! He hates anything that points to God as the answer so he definitely hates you and me.

Satan knows Scripture so he knows he’ll eventually get control of the world. And I’m guessing he sees the writing on the wall that his time to rule is getting close so he’s pulling out all the stops. Nothing is left in the closet. His spiritual forces of wickedness are doing everything they can to be ready for the aftermath of the Rapture when he gets to be temporary King of the earth.

I honestly believe that’s what we’re seeing play out in the news—we’re literally watching Satan readying his troops. But let not your heart be troubled, we’re Biblically safe until we depart this earth.

“Submit therefore to God. Resist the devil and he will flee from you.” – James 4:7

Since we don’t know if the Rapture is minutes, years or even a decade away, we’re commanded to “resist” evil where we can. I love the above verse that says when we do resist, Satan will flee. We have nothing to fear.

Our Founding Fathers framed our constitution using Scriptural principles. That resulted in America being blessed to be the beacon of freedom to the world for 250 years because of its Godly capitalistic foundation. What thinking person would want to exchange what we have to be like Venezuela or Cuba? Only fools.

“How long, O naive ones, will you love being simple-minded? And scoffers delight themselves in scoffing. And fools hate knowledge?” – Prov. 1:22

Eph. 6:13 “Therefore, take up the full armor of God, so that you will be able to resist in the evil day, and having done everything, to stand firm.”