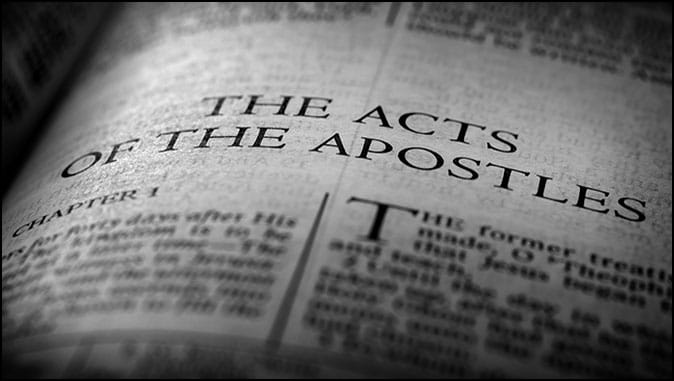 Why Acts 2 Does Not Support Socialism
By Bryan Fischer

Rev. Ralph Warnock is in one of the two Georgia senate runoffs that will determine the balance of power in the United States Senate. Rev. Warnock is a fan of Jeremiah Wright, Barack Obama’s former pastor who delivered the famous “God D***” America” sermon. Warnock also was an associate pastor of the church he now pastors, a church which enthusiastically hosted Fidel Castro in 1991 with shouts of “Vive Fidel! Vive Fidel!”

When Rev. Warnock was criticized for it, he begged off on the grounds that he was just an associate pastor at the time and not a “decision-maker.” But he’s wrong about that – he was in fact a decision-maker, making the decision to continue on the staff of a church that thought Castro was a great guy.

When he was accused of being sympathetic to socialism, he said that people who had questions about Christianity and socialism should read the passage in Acts 2 that describes the early church as a church that “had all things in common” (Acts 2:44).

But there is a chasm between the kind of socialism Fidel Castro practiced in Cuba and the kind of commonality found in the early church. The unbridgeable difference between the two is quite simply this: there was nothing “voluntary” about Castro’s socialist system, but everything voluntary about the way in which the members of the early church shared their resources.

Cubans were socialists by the iron will of Castro. If you weren’t keen on being a socialist, your alternative was a prison cell. But the early Christians were commonalists by the will of God and the prompting of the Holy Spirit. Their generosity with each other was not a product of force but a quite voluntary expression of their new life in Christ.

Choice was the hallmark of the dynamic in the early church. They shared all things in common not because they had to but because they wanted to.

Choice words are strewn liberally throughout Acts 2-5. “They were selling their possessions and belongings and distributing the proceeds to all, as any had need.” They were driven by faith, not force.

Now the full number of those who believed were of one heart and soul, and no one said that any of the things that belonged to him was his own, but they had everything in common (Acts 4:32).

The voluntary nature of this society is emphasized just two verses later.

There was not a needy person among them, for as many as were owners of lands or houses sold them and brought the proceeds of what was sold and laid it at the apostles’ feet, and it was distributed to each as any had need (Acts 4:34).

Their land was not seized by force; no, it was sold through love and generosity.

The voluntary nature of all this becomes abundantly clear in Acts 5, where God puts Ananias to death as divine judgment for lying about how much he gave to God. Barnabas, as recorded in the last paragraph of Acts 4, “sold a field that belonged to him (not the collective) and brought the money and laid it at the apostles’ feet” (Acts 4:37).

Ananias saw how the members of the fellowship admired Barnabas’ example, and decided to snag a little admiration for himself on the cheap by selling a piece of property, pretending to give all the proceeds but keeping back a chunk for himself. But Peter busts him down. “Why has Satan filled your heart to lie to the Holy Spirit and to keep back for yourself part of the proceeds?” (Acts 5:3) As soon as Peter uttered these words, Ananias keeled over on the spot and breathed his last. His wife Sapphira told the same lie and met the same fate.

Ananias’ problem was not that he took a slice off the top. The problem was he lied about it. For man’s praise, he pretended to be more generous than he really was. “You have not lied to man but to God” (Acts 5:4).

Peter drives home the voluntary nature of all these transactions and the sanctity of private property when he says to Ananias, “While it (the property) remained unsold, did it not remain your own? And after it was sold, was it not at your disposal?” (Acts 5:4) In other words, it was your own private property. You were not under any obligation to give any part of the proceeds to the fellowship fund. What you did with it was entirely up to you.

A time-tested and slightly modified summary:

– Socialism: You have two cows. The government takes one and gives it to your neighbor.

– Nazism: You have two cows. The government takes both and shoots you.

– Christianity: You have two cows. You sell one and buy a bull. Your herd multiplies, and the economy grows. You sell them, make a generous donation to the poor, and retire on what’s left.