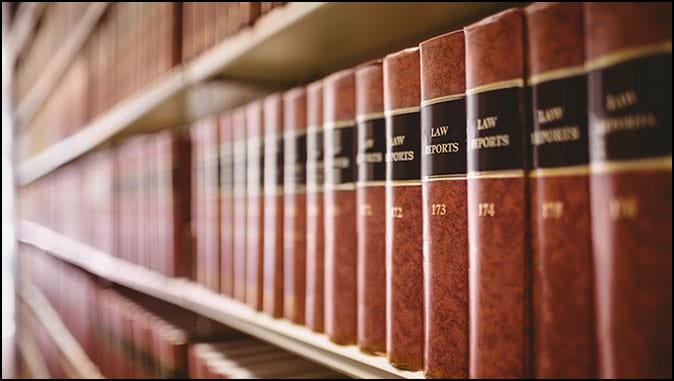 Who Is Amy Coney Barrett?
By Calley Mangum

Last Saturday, President Trump nominated U.S. Circuit Court Judge Amy Coney Barrett to fill the seat held by the late Justice Ruth Bader Ginsburg on the U.S. Supreme Court. Barrett, 48, has served on the U.S. Court of Appeals for the Seventh Circuit since October 2017. While there may be much dissent across political lines over the confirmation of Judge Barrett for the U.S. Supreme Court, the facts of her extensive qualifications speak for themselves.

“That is trial by fire,” Barrett said in an interview with The Heritage Foundation. “The way Justice Scalia ran his chambers is we all had to be prepared to discuss all the cases […] Justice Scalia, obviously very quick witted, brilliant, and he didn’t want you to agree with him. He wanted you to say what you thought. And so disagreeing with him as I sometimes did and pushing back with someone like Justice Scalia really taught me a lot.”

After clerking for Justice Scalia, Barrett worked a few years in private practice before returning to Notre Dame Law School in 2002 to teach. She remained at Notre Dame until President Trump nominated her for the 7th Circuit in 2017. When she was nominated, every clerk who served with Barrett at the U.S. Supreme Court from 1998-99 wrote a letter to the U.S. Senate Judiciary Committee recommending Barrett for the 7th Circuit seat.

During her 7th Circuit confirmation hearing, Barrett was subjected to continued questions regarding her Catholic faith and its influence on her role as a judge, questions that many argue violated the U.S. Constitution’s No Religious Tests Clause.

“I don’t think that faith should influence the way a judge decides cases at all,” said Barrett in her interview with Heritage. And she said the same to the U.S. Senate Judiciary Committee during her hearing. “Somehow people seem to think that I said the opposite of what I said, but I think that one of the most important responsibilities of a judge is to put their personal preferences and their personal beliefs aside because our responsibility is to adhere to the rule of law.”

Barrett’s record while on the 7th Circuit reflects this dedication to the law, including the U.S. Constitution. (Read Heritage’s article for more details on Barrett’s rulings while on the 7th Circuit.) Barrett has said her judicial approach falls under “original public meaning originalism,” or that “the meaning of the words at the time they were ratified is the same as their meaning today.”

The confirmation hearings for Judge Barrett in the U.S. Senate are scheduled to start Monday, October 12.