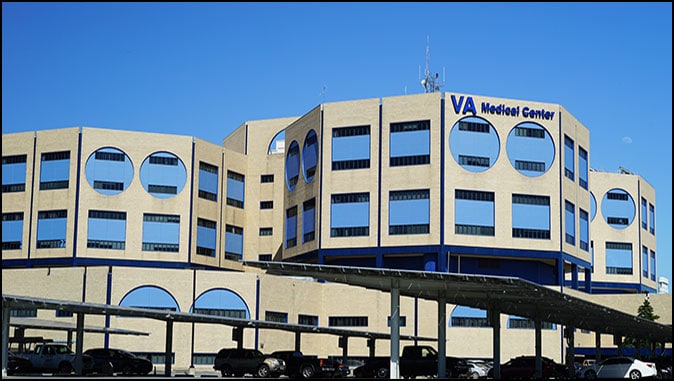 One of the consistent elements of the Obama and Biden administrations has been pushing veterans to the back while moving leftist virtue signaling to the front at the VA.

While veterans were being shoved onto fake waiting lists under Obama’s “scandal-free” administration, the VA was spending big on solar panels.

Secretary of Veterans Affairs Eric Shinseki announced that “in order to continue providing Veterans with the best health care and benefit services, VA must adapt to climate change.”

Not only did Global Warming have nothing to do with serving veterans, but it got in the way of the VA’s central mission. While Shinseki was focused on building solar panels so the sky wouldn’t fall, veterans were waiting months to see a doctor.

Secretary of Veterans Affairs Eric Shinseki, who had ignored the abuse of veterans, turned his attention to something truly important. He began seeing to it that all the cemeteries had wind or solar power.

The Massachusetts National Cemetery got a 50 kW wind turbine so the dead veterans would have all the sustainable energy they needed.

Shinseki arrived in person at the dedication ceremony to flip the switch on the cemetery wind turbine. Resting in their graves were men who had died because of his policies.

Under Biden, transgender surgeries are the latest lefty virtue signaling. Things are bad at the VA.

The Department of Veterans Affairs is chipping away at a disability claims backlog that ballooned during the pandemic, but it doesn’t expect to achieve pre-pandemic levels until late next year, officials said last week.

Of roughly 520,000 pending VA claims for disability compensation and benefits, 191,000 are considered to be backlogged, or older than 125 days. While the number is down by roughly 10% from earlier this year, it far exceeds the 77,000 cases that were considered backlogged in March 2020 as the COVID-19 pandemic struck.

But Biden’s got his priorities.

How many veterans will have to die to pay for this one?

McDonough served in the trenches of the Obama campaign so it’s only fair that he be in charge of wrecking health care for veterans.