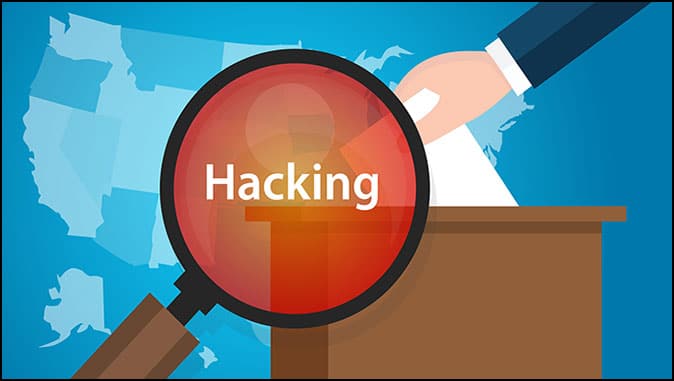 What We Must Believe to Believe Biden Won
The surreal list of innumerable irregularities.
By David Catron

The Democrats dismiss any mention of the innumerable irregularities that tainted the general election as little more than crackpot conspiracy theories. This is a convenient way to avoid addressing serious questions raised by serious observers, but it will further undermine confidence in key institutions that form the foundation upon which the republic stands. Public trust in government, media, and even science was already declining before Election Day. This trend will dramatically accelerate if Americans don’t get answers to questions such as the following: Why would the voters deliver the Democrats a comprehensive down-ballot drubbing yet hand the White House to the worst presidential candidate in living memory?

The only bellwether county out of the 19 that Biden won is located in Washington state, which long ago went to all mail-in ballots and one-party rule. We are expected to believe that this is a coincidence.

The last time a Democrat “won” the presidency while his party sustained a double-digit loss in the House was in 1960, during an election tainted by probable vote fraud in Illinois and Texas. Still, we’re expected to believe that Joe Biden achieved the same feat in 2020 with no skulduggery? Moreover, as Juan Williams admits in the Hill, “President Trump set a record last week by attracting the highest percentage of the non-white vote of any Republican presidential candidate in the last 60 years.” Yet we are expected to believe that, despite the worst showing among minorities of any Democratic nominee since JFK, Biden surpassed Barack Obama’s record-breaking turnout by 10 million votes?

Biden’s “victory” seems even more implausible after an audit of his performance in remarkably predictive bellwethers. The Wall Street Journal reports that Biden had a nearly perfect record of losses in counties whose election results have presaged presidential winners for decades: “From 1980 through 2016, 19 of the nation’s more than 3,000 counties voted for the eventual president in every election. Only one … backed President-elect Joe Biden last week.” So, a candidate who campaigned from his basement lost 95 percent of these counties yet won the election? What of the fabled bellwether Ohio? Last month, the New York Times advised that if Trump didn’t win there it was over:

Four years ago, Mr. Trump built a particularly balanced coalition among Ohio’s white voters, winning across education levels. But his support in the state has waned over the past four years, particularly in the suburbs … Columbus’s growth, and the expansion of suburbs and exurbs into what used to be rural and blue-collar areas, might have once spelled an opportunity for Republicans. But under Mr. Trump the Republican Party has lost its footing among specifically these kinds of voters — and the growth in Franklin County plays into Mr. Biden’s hands.

Well, not so much. President Trump trounced Biden in Ohio, winning the state by 8.2 percent. Suddenly, AP demoted the state to a bit player in presidential politics:

As Ohio goes, so goes the nation. That’s the way it had been in presidential elections for more than half a century, until this year, when Republican Donald Trump won a decisive victory in the state while losing the presidency to Democrat Joe Biden. Biden becomes the first president elected without carrying Ohio since fellow Democrat John F. Kennedy in 1960. Trump’s statewide victory — his second, after carrying Ohio in 2016 — brings an end to Ohio’s role as a presidential bellwether and even puts its future as a battleground state in doubt.

What we are expected to believe here is that the bellwether counties discussed by the Wall Street Journal and the Buckeye State have been left behind by the rest of the nation in the long march toward the mandatory lockdowns and mask mandates that Biden wants to impose on the electorate. In reality, Trump won Ohio and the vast majority of these counties because absentee ballots were managed transparently according to long-standing and coherent guidelines in place long before the election. The only bellwether county out of the 19 that Biden won is located in Washington state, which long ago went to all mail-in ballots and one-party rule. We are expected to believe that this is a coincidence.

This brings us to ground zero for election fraud — Pennsylvania. The Commonwealth illegally changed its election rules before and during the voting process. Essentially, the Commonwealth Court and the Secretary of the Commonwealth ignored the General Assembly and the U.S. Constitution to rig the election on behalf of Joe Biden. The American Spectator’s Paul Kengor and Jeffrey Lord have covered this chicanery here, here, here, and here. We are expected to believe that such stories are conspiracy theories, despite videos showing Democrat election officials evicting Republican election observers from vote-counting locations and erecting physical barriers to prevent them from watching.

Finally, we come to the Smartmatic/Dominion software that was used to tabulate votes in the swing states of Arizona, Georgia, Michigan, Nevada, Pennsylvania, and Wisconsin. As this Fox interview with Trump attorney Rudy Giuliani reveals, this software was developed in Venezuela and banned from the U.S. a decade ago. It’s now been brought back into the country under the aegis of a subcontractor. Its major design feature is that it allows the vote counters to calculate how many votes they need to win. Jeffrey Lord has more here. The Democrats want you to believe this is a conspiracy theory. It isn’t. The Democrats knew they couldn’t beat Trump honestly, so they’re stealing the election.