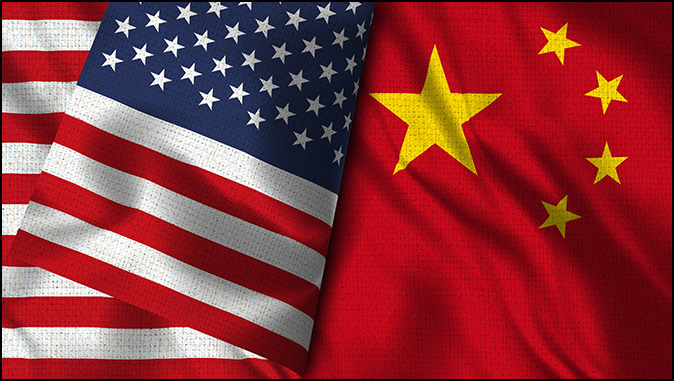 US Defense Secretary Lloyd Austin gave a stern warning about US competition with China earlier this month at the Reagan National Defense Forum:

“These next few years will set the terms of our competition with the People’s Republic of China. And they will determine whether our children and grandchildren inherit an open world of rules and rights — or whether they face emboldened autocrats who seek to dominate by force and fear…

“The PRC is the only country with both the will and, increasingly, the power to reshape its region and the international order to suit its authoritarian preferences.”

Now, in Pentagon’s 2022 annual report to Congress, released at the end of November, the Pentagon has doubled last year’s projection. The report estimates that if China continues at its current pace, by 2035 it will have 1,500 nuclear warheads, adding:

“Over the next decade, the PRC aims to modernize, diversify and expand its nuclear forces. Compared to the PLA’s [People’s Liberation Army] nuclear modernization efforts a decade ago, current efforts exceed beyond previous attempts in both scale and complexity…

In just two years since 2020, when the Pentagon wrongly estimated that it would take China a decade to double its nuclear stockpile at the time of approximately 200 nuclear warheads, China has already doubled its stockpile. According to the Pentagon:

“The PLA plans to ‘basically complete modernization’ of its national defense and armed forces by 2035. If China continues the pace of its nuclear expansion, it will likely field a stockpile of about 1500 warheads by its 2035 timeline.”

Given the Pentagon’s previous faulty estimates, China may likely have those 1,500 warheads much sooner than 2035. There is also no reason why China should stop at 1,500 warheads. As part of its plans to become the preeminent world power by 2049, China could well continue working towards nuclear superiority over the US.

By comparison, the US has deployed 1,700 nuclear warheads out of a total inventory of 5,428 warheads, according to the Stockholm International Peace Research Institute.

The Commander of US Strategic Command, Adm. Charles Richard gave an extremely concerning warning in November about China’s rapid buildup, which he estimated was out-competing the US.

“As I assess our level of deterrence against China, the ship is slowly sinking,” Admiral Charles Richard said.

“It is sinking slowly, but it is sinking, as fundamentally they are putting capability in the field faster than we are. As those curves keep going, it isn’t going to matter how good our [operating plan] is or how good our commanders are, or how good our forces are – we’re not going to have enough of them. And that is a very near-term problem.”

This devastating critique of US military capabilities was only lightened up in one area, where the US still dominates, according to Richard:

“Undersea capabilities is still the one … maybe the only true asymmetric advantage we still have against our opponents. But unless we pick up the pace, in terms of getting our maintenance problems fixed, getting new construction going … if we can’t figure that out … we are not going to put ourselves in a good position to maintain strategic deterrence and national defense.”

Richard also warned that the US will have to completely change how it sees its own national defense:

“We have to do some rapid, fundamental change in the way we approach the defense of this nation. I will tell you, the current situation is vividly illuminating what nuclear coercion looks like and how you, or how you don’t stand up to that…We used to know how to move fast, and we have lost the art of that… That’s how we got to the Moon by 1969. We need to bring some of that back. Otherwise, China is simply going to outcompete us, and Russia isn’t going anywhere anytime soon.”

“We are witnessing one of the largest shifts in global geostrategic power the world has ever witnessed,” Richard said in March.

“Today, we face to nuclear capable near peers who have the capability to unilaterally escalate to any level of violence in any domain worldwide with any instrument of national power at any time. And we have never faced the situation before like that in our history. The strategic security environment is now a three-party nuclear near peer reality. Today’s nuclear force is the minimum required to achieve our national strategy.”

Unfortunately, the US is facing China with a lot of outdated military hardware, according to Richard,

“Right now, I am executing my strategic deterrence mission under historic stress crisis levels of deterrence crisis deterrence dynamics that we’ve only seen a couple of times in our nation’s history. And I’m doing it with submarines built in the 80s and 90s, an air launch cruise missile built in the 80s, intercontinental ballistic missiles built in the 70s, a bomber built in the 60s, part of our nuclear command and control that predates the internet, and a nuclear weapons complex that dates back to the Manhattan era. We must modernize the nuclear triad.”

Instead of doing all in its power to counter those adversaries, however, the US Department of Defense has been focusing precious time and resources on extremism, diversity, equity and inclusion, and climate change within the military:

In July, the Senate Armed Services Committee called on the Pentagon to stop its programs to prevent and root out extremism within the military, most notably Defense Secretary Lloyd Austin’s “stand-down” directive, which the military spent 5.4 million hours on implementing, at a cost of more than $500,000.

The request to halt the programs came after it became known last December that the amount of hours and money expended on the effort had resulted in the finding of just 100 “cases of extremism,” or around .005%, in a military employing 2.46 million people.

In addition, since January 21, 2021, the military spent 529,771 hours on developing, preparing, delivering, attending or assessing new “diversity, equity and inclusion” training, including training in or discussions of critical race theory at the cost of $476,874. Those hours do not include time spent on pre-existing diversity, equity and inclusion” training programs that were in place prior to January 21, 2021.

Finally, the military spent 1,059 hours and $5,000 on the research, development, writing or coordination of the “DoD Climate Adaptation Plan” since January 21, 2021.

Overall, since President Joe Biden took office in January 2021, at a time when every effort should have been geared towards countering top military threats, the Department of Defense spent nearly six million hours on extremism, diversity, equity and inclusion training, and climate change.