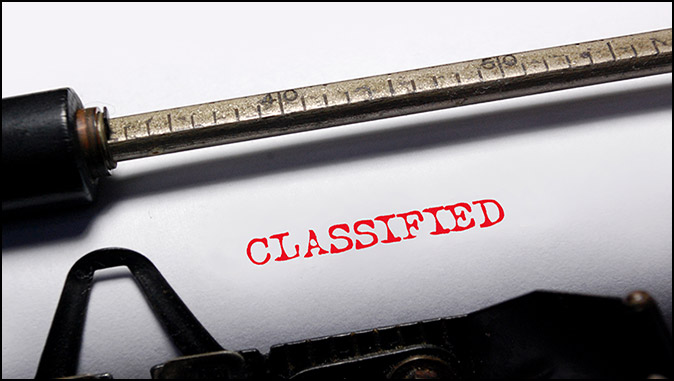 US Atty, FBI Investigate Classified Docs at Biden Office
Where are the FBI raids?
By Daniel Greenfield

Back when the Mar-a-Lago raid happened, I pointed out that most presidents probably accidentally take home classified documents, courtesy of incompetent staffers who are on their way out the door and aren’t necessarily paying close attention to what a document is. Unthinking abuse of classified documents is commonplace in the upper echelons never mind the thinking kind.

It’s awkward when it happens to the guy doing a victory lap over the Mar-a-Lago raid.

Attorney General Merrick Garland has assigned the U.S. attorney in Chicago to review classified documents found at the Penn Biden Center for Diplomacy and Global Engagement in Washington, two sources with knowledge of the inquiry told CBS News. The roughly 10 documents are from President Biden’s vice-presidential office at the center, the sources said. CBS News has learned the FBI is also involved in the U.S. attorney’s inquiry.

The classified material was identified by personal attorneys for Mr. Biden on Nov. 2, just before the midterm elections, Richard Sauber, special counsel to the president confirmed. The documents were discovered when Mr. Biden’s personal attorneys “were packing files housed in a locked closet to prepare to vacate office space at the Penn Biden Center in Washington, D.C.,” Sauber said in a statement to CBS News. The documents were contained in a folder that was in a box with other unclassified papers, the sources said. The sources revealed neither what the classified documents contain nor their level of classification. A source familiar told CBS News the documents did not contain nuclear secrets.

So where are the FBI raids? The weeks of frenzied media coverage and analysis? The suggestion that this time the walls truly are closing in. Instead, the media is shrugging at it as awkward politics. And that’s it.

A lot of materials are classified. But being classified doesn’t necessarily mean that they’re especially sensitive. But the Center is closely linked to the Biden administration and key figures who are part of it.

Don’t expect this to lead to anything. If this was truly damaging stuff, it would have been buried much more effectively. And an inquiry will at most deliver a few fall guys. Before too long the media will be explaining that this sort of thing happens quite a bit. And that it does. We have too many classified documents and poor security. An outgoing administration making way for a political opponent is rarely on the ball.