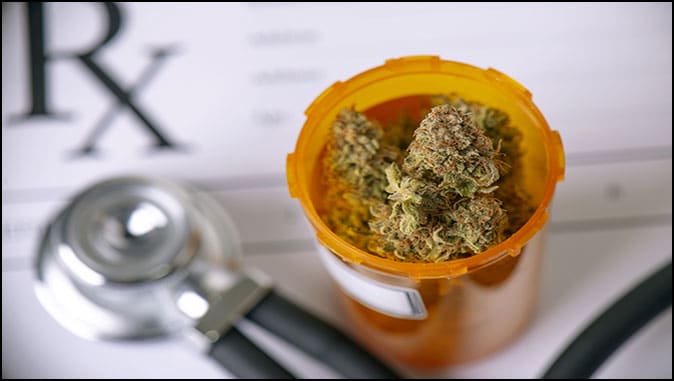 Marijuana is a Schedule 1 federally controlled substance because it has no medical benefits and is highly addictive. Schedule 1 drugs also “have a high potential for abuse and the potential to create severe psychological and/or physical dependence.” But a vote in the U.S. House tomorrow could end that.

Thirty-three states, the District of Columbia, Puerto Rico, and Guam have adopted laws allowing legal access to cannabis, either for adult recreational or “medical” use.

H.R.3884, the Marijuana Opportunity Reinvestment and Expungement Act (MORE), will “decriminalize and deschedule cannabis, to provide for reinvestment in certain persons adversely impacted by the War on Drugs, to provide for expungement of certain cannabis offenses, and for other purposes.”

The CEO of Playboy Enterprises–a corporation that has a history of harming culture–explains their support for the MORE Act:

MORE has the potential to accelerate state-by-state commercialization. To ensure this potentially multi-billion dollar industry is inclusive of those historically targeted, we must increase small-business loans to Black and Latino entrepreneurs entering the cannabis industry.

This is yet another Democrat initiative that will harm our communities.

Marijuana use ruins lives and families. It’s much more potent than the marijuana produced in the 1960’s and 1970’s. Its use is connected to dangerous mental illnesses such as schizophrenia and psychosis. States that have legalized recreational marijuana and are tracking the data have seen a substantial increase in traffic fatalities, hospitalizations and emergency room visits.

Colorado’s Rocky Mountain High Intensity Drug Trafficking Unit has the best available data pertaining to the negative effects of the legalization of recreational marijuana. The suicide toxicology report for adolescents ages 10-19 shows that marijuana is the drug most found in their systems.

TAKE ACTION: Please click HERE to contact your U.S. Representative and urge him/her to oppose this dangerous bill that will trap more people, including adolescents, in the prison of drug addiction. ​​​​​​​Please ask your federal lawmaker to vote NO to H.R. 3884.

ACLU: Ignore Black Voices, Defund the Police By Alex Newman Regardless of what black Americans…

The Left Wants to Eliminate Competing Ideas By Dr. Michael Brown It was President Dwight…

Is Truth Irrelevant? Who cares about facts anymore, in this age of indoctrination? By Thomas…

What Biden’s Immigration Policies Would Do To America