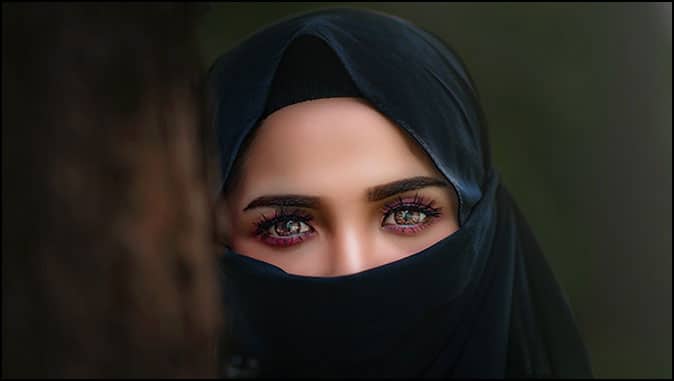 UK: ‘I Stopped Wearing My Hijab Because I Was Scared for My Life’
Meanwhile, the real victims are Muslim women who dare not to wear the hijab.
By Robert Spencer

The UK’s Metro on Thursday published a sob story entitled “I stopped wearing my hijab because I was scared for my life,” all about “Islamophobia” in the Sceptered Isle. Sumaiya Ahmed, who poses, hijabless but demure, in a photo accompanying the article, complains: “You’d think growing up in a predominantly Asian area in London would mean not having to deal with racism and Islamophobia. But as a British-Bangladeshi Muslim, I can say racism in this city runs deep.”

Racism? What race is Islam again? What race is wearing the hijab? In any case, this article proceeds from the assumption that women who wear hijabs in the UK (and the US) are routinely subjected to discrimination and harassment, and that Britons (and Americans) consequently need this reminder that decent folk treat hijabis with respect. Hijabis should indeed be treated with respect, like everyone else, but it is false that they are routinely disrespected in this country.

In fact, many of the most celebrated of the cases claiming this turned out to have been faked by the victims themselves. In one such incident, an eleven-year-old girl in Toronto made international headlines with her claim that a man had followed her and cut her hijab with scissors. After an investigation, police concluded that the attack never happened. Likewise, Yasmin Seweid, a Muslim teen who claimed in December 2016 that Trump supporters on a New York subway tore off her hijab and no one in the packed subway car helped her. She, too, gained international media attention, and she, too, made up the whole thing. Shortly before that, a hijab-wearing Muslim student at San Diego State University also falsely claimed that she was assaulted by Trump supporters. In July 2017, a Muslim in Britain falsely claimed that a man had pulled off her hijab in a “race hate attack.” In November 2016, a University of Michigan Muslim student claimed she was “accosted by a white man who told her to remove her hijab or he would set her ablaze with a cigarette lighter.” She also fabricated the whole event. And there are many others of this kind.

The hijab symbolizes the subjugation of women in Islam. Women are required to wear the hijab according to Islamic law because it is their responsibility to remove temptation from men. If men are tempted anyway and they end up being sexually assaulted or raped, it’s their fault. Because the hijab is an important part of a woman’s responsibility under Sharia, many women have been brutalized and even killed for not wearing it. Aqsa Parvez’s Muslim father choked her to death with her hijab after she refused to wear it. Amina Muse Ali was a Christian woman in Somalia whom Muslims murdered because she wasn’t wearing a hijab. 40 women were murdered in Iraq in 2007 for not wearing the hijab. Alya Al-Safar’s Muslim cousin threatened to kill her and harm her family because she stopped wearing the hijab in Britain. Amira Osman Hamid faced whipping in Sudan for refusing to wear the hijab. An Egyptian girl, also named Amira, committed suicide after being brutalized by her family for refusing to wear the hijab. Muslim and non-Muslim teachers at the Islamic College of South Australia were told they had to wear the hijab or be fired. Women in Chechnya were police shot with paintballs because they weren’t wearing hijab. Other women in Chechnya were threatened by men with automatic rifles for not wearing hijab.

Elementary school teachers in Tunisia were threatened with death for not wearing hijab. Syrian schoolgirls were forbidden to go to school unless they wore hijab. Women in Gaza were forced by Hamas to wear hijab. Women in London were threatened with murder by Muslim thugs if they didn’t wear hijab. An anonymous young Muslim woman doffed her hijab outside her home and started living a double life in fear of her parents. Fifteen girls in Saudi Arabia were killed when the religious police wouldn’t let them leave their burning school building because they had taken off their hijabs in their all-female environment. A girl in Italy had her head shaved by her mother for not wearing hijab.

Other women and girls have been killed or threatened, or live in fear for daring not to wear the hijab.

Women in Iran continue to protest against the Islamic regime by daring to take off their hijabs, despite the fact that they face heavy prison sentences for doing so.

But where is the weepy article in the UK’s Metro about the many victims of hijab? Who is standing with them?

A Major Legal Victory Against LGBTQ Tyranny By Dr. Michael L. Brown With all the…

Tough but Necessary Road Ahead for Arms Control

Indecent, Hypocritical and Opportunistic Immigrants In a Suicidal Nation

Indecent, Hypocritical and Opportunistic Immigrants In a Suicidal Nation By Julio Severo If I were…