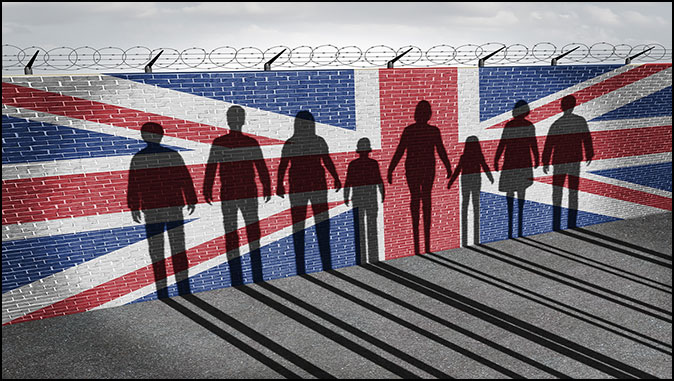 UK Councillor Warns: Some Afghan Evacuees Will Soon Be ‘Blowing Us Up’
Don’t worry. She retracted and apologized.
By Robert Spencer

A recent incident in Britain highlights yet again how it is well-nigh impossible nowadays to have a coherent and honest public conversation about the nature and magnitude of the jihad terror threat. Any attempt to do so is drowned out by charges of “bigotry,” “racism,” and “Islamophobia,” such that we now have a generation of people who believe reflexively that any opposition to jihad violence and Sharia oppression is ipso facto “hateful,” and thus must not be given voice. Those who dare to break this rule will be duly punished. This was the recent experience of a British woman named Sheila Daly, a councillor at Kingshurst Parish Council in Birmingham. She stepped out of line, and raised unacceptable questions. She knows now not to do such a thing again.

According to the UK’s Metro, Daly, 78, uttered remarks at a Kingshurst Parish Council meeting that went beyond all the bounds of present-day acceptable discourse, straying far beyond woke boundaries. She committed her transgression at a meeting that was called “to discuss the new arrivals, many of whom were flown into the Birmingham area after leaving Kabul.”

Daly, Metro reported, “asked if council officials were prepared for the Afghans to begin ‘blowing us up’, a comment that drew audible gasps from others at the meeting.”

Audible gasps. In this face of this general horror over her words, Daly tried to explain: “she said she did not believe all the Afghans who had come to the UK had worked with British forces and spoke of her suspicion the Taliban would try to ‘smuggle people into the country to cause mayhem, blow us up, or do whatever.’” She “insisted she was not racist as she used to foster Asian children and said: ‘I would take a family in and look after them. But there are people in this country [whose] children have gone off to a war they didn’t want to fight in Afghanistan. They’ve been killed or maimed. And we’re inviting the same people into this country to have houses [and] jobs.’”

Why, how could Sheila Daly have dared to say such a bigoted, racist, “Islamophobic” thing? How could she have dared even think it? Maybe she was aware that, as the Daily Mail reported on September 10, “an Afghan rescued from Kabul by the RAF has been arrested as a suspected Taliban terrorist in Manchester.” And that Sky News reported on August 23 that “a person from Afghanistan on the UK’s no-fly list has been flown into Birmingham as part of the British evacuation operation in a potential security breach.”

What’s more, Business Insider reported in mid-August that “thousands of inmates, including former Islamic State and al-Qaeda fighters, were released from a prison on the outskirts of Kabul as the Taliban called for a ‘peaceful transition’ of power. Afghan government troops surrendered Bagram airbase to the Taliban early on Sunday. The base houses Pul-e-Charki prison, which has around 5,000 prisoners. It is the largest in Afghanistan and notorious for its poor conditions. A maximum-security cellblock held members of al Qaeda and Taliban, said reports. Footage published by an independent Afghan news agency, which supports the Taliban, appears to show militants letting the inmates out.”

What could possibly go wrong? None of those al-Qaeda or Islamic State jihadis could possibly have ended up being picked up by British (or American) forces and brought to the UK or the US, could they? Surely the idea that these jihadis would be able to come into the United States or Britain as Afghan refugees is beyond the realm of possibility, right?

Despite the fact that there is nothing precluding that possibility at all, Daly apologized. “After his colleague’s comments, the council’s acting chair David Cole said he had ‘read her the riot act’ and she had apologised and retracted the remark, which the council had accepted.” Nonetheless, “Nazek Ramadan, director of charity Migrant Voice, which advocates for migrant communities, condemned the councillor. Ms Ramadan said: ‘These kinds of comments are totally inappropriate, inflammatory and fuel racism. They spread misinformation and incite hatred.’”

What guarantee can Nazek Ramadan give that Sheila Daly is entirely wrong, and that no Afghan evacuees will turn to jihad? He can give no such guarantee. But you’re not allowed to voice such concerns in shattered, staggering, dhimmi Britain today. To do so is “racist” and “Islamophobic.”