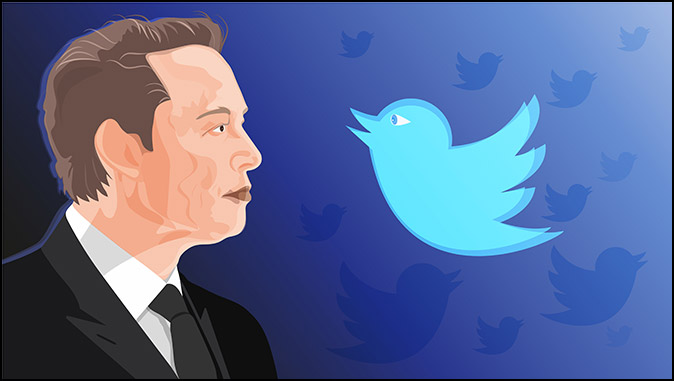 Twittergate – The Fix Was In
Now we know: Twitter spiked the Hunter Biden story to save the 2020 election for The Big Guy.
By Robert Spencer

After years of denial and deplatforming of those who dared question the collusion of Big Tech with Leftist deep state officials to influence the 2020 presidential election and make sure that Donald Trump was not reelected, the facts have been revealed. Elon Musk on Friday night revealed through Matt Taibbi (who though he is a Leftist seems actually to be a genuine journalist), how Twitter spiked the story of Hunter Biden’s laptop and prevent the sordid details of his influence-peddling for The Big Guy to get out to the public, and possibly tip the election in Trump’s favor. Since the revelation, the establishment media and leading Democrats have been in furious damage control mode, insisting that the revelations don’t reveal what everyone can see they reveal, and even if they do, they don’t matter. But it’s undeniable now: the fix was in.

“In an early conception,” Taibbi wrote, “Twitter more than lived up to its mission statement, giving people ‘the power to create and share ideas and information instantly, without barriers.’ As time progressed, however, the company was slowly forced to add those barriers. Some of the first tools for controlling speech were designed to combat the likes of spam and financial fraudsters.” But then, “Slowly, over time, Twitter staff and executives began to find more and more uses for these tools. Outsiders began petitioning the company to manipulate speech as well: first a little, then more often, then constantly.”

The censorship became a political tool. “By 2020,” Taibbi continued, “requests from connected actors to delete tweets were routine. One executive would write to another: ‘More to review from the Biden team.’ The reply would come back: ‘Handled.’” Both sides had recourse to this, but one side used it much more often than the other did: “Both parties had access to these tools. For instance, in 2020, requests from both the Trump White House and the Biden campaign were received and honored. However: This system wasn’t balanced. It was based on contacts. Because Twitter was and is overwhelmingly staffed by people of one political orientation, there were more channels, more ways to complain, open to the left (well, Democrats) than the right.”

When the New York Post published the Hunter Biden laptop story, Twitter went to extraordinary lengths to suppress it. Rep. Ro Khanna (D-CA) was the lone Democrat who had any freedom of speech concerns about all this; most of his colleagues in the Evil Party cheered Twitter on and called for more censorship, maintaining that “the First Amendment isn’t absolute.”

In response to be revealed definitively as the authoritarians they are, Leftist “journalists” and politicians have made predictable responses: they’ve heaped scorn on patriots for caring at all about Hunter’s laptop, claiming that it’s all about their perverted, prurient interest in nude photos of the president’s crackhead son. They’ve pointed out that Biden wasn’t president in 2020, and so this wasn’t an example of the government colluding with Big Tech to censor an inconvenient story. In reality, Hunter’s laptop contains evidence that Hunter sold access to his father, which, had it been widely known before the 2020 election, might have a considerable number of people who planned to vote for Joe Biden think twice about sending to the Oval Office a man who could be and had been bought by foreign interests.

And as for the business about Biden not being president in 2020, so this isn’t a First Amendment issue, that’s just another red herring. Biden is president now, or at least he has the title, and his handlers have demonstrated no greater respect for the freedom of speech than they did in 2020. They tried to establish a Disinformation Governance Board in the Department of Homeland Security, backing down only after a barrage of negative publicity. The Biden administration continued to work with Twitter to censor dissident voices, notably that of COVID hysteria skeptic Alex Berenson.

This is the administration that trotted out Old Joe in front of an ominous, Nazi-reminiscent red-and-black backdrop, flanked by two Marines, to declare that half of the American electorate represents “an extremism that threatens the very foundations of our republic.” The authoritarians are in charge now, and they are continuing their self-appointed role as the guardians of what you may and may not see and hear. Elon Musk, with his commitment to the freedom of speech, which is the foundation of any free society, has them frightened and enraged. Watch for determined efforts on the part of the Biden administration and its allies to crush Musk and his free Twitter. The victor will determine the direction of the United States for the entire rest of its life as a nation: freedom or slavery?