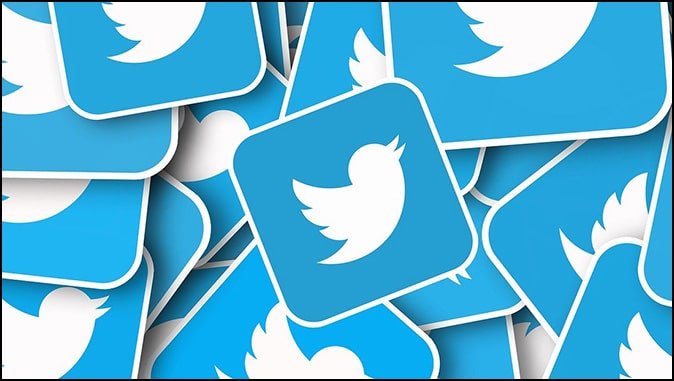 Twitter is censoring the dissemination of links to a bombshell news story and user commentary that is negative to the Democrats’ presidential candidate Joe Biden as voters are already casting their ballots less than three weeks before Election Day. On Wednesday, Twitter as well as Facebook blocked access through their platforms to a New York Post story casting serious doubts on Biden’s denials that he had ever discussed his son Hunter’s business dealings with the corrupt Ukrainian energy company Burisma while he was serving as vice president. Hunter was raking in lots of money from Burisma while his father Joe was traveling to Ukraine as the Obama administration’s point man there.

The New York Post article published the text of an e-mail reportedly showing a top Burisma executive thanking Hunter for “the opportunity to meet your father.” In May 2014, the year that Hunter Biden secured his lucrative position with Burisma for which he had no qualifications other than the Biden name, Vadym Pozharskyi, a top Burisma adviser, e-mailed Hunter asking Joe Biden’s prodigal son “how you could use your influence” on Burisma’s behalf. Less than a year later, on April 17, 2015, Pozharskyi reportedly sent Hunter Biden an e-mail thanking Hunter “for inviting me to DC and giving an opportunity to meet your father and spent (sic) some time together.” Less than eight months after the date of this e-mail, during a December 2015 trip to Ukraine, Joe Biden by his own admission pressured Ukraine’s leaders to get rid of the Ukrainian prosecutor or face the loss of a $1 billion dollar loan guarantee. That prosecutor claimed he was preparing to investigate Burisma, which would have meant interrogations of members of Burisma’s executive board including Hunter Biden.

Users who attempted to communicate with other users about the New York Post story on the Twitter platform were confronted on Wednesday with a notice saying: “We can’t complete this request because this link has been identified by Twitter or our partners as being potentially harmful.” Harmful to whom? Obviously, to Joe Biden for whom Twitter is carrying water. The New York Post’s own primary Twitter account was locked Wednesday afternoon.

On Wednesday, when the New York Post first published its revelation, Joe Biden hid from the press. The Biden camp’s response was that there was no record of an “official” meeting between Joe Biden and the Burisma executive. Meetings to advance a corrupt scheme are not as a matter of course listed on a participant’s official calendar for obvious reasons. The Biden campaign declined to say whether there was ever any unofficial encounter between Joe Biden and Vadym Pozharskyi. Nor did it present any evidence to refute the authenticity of the e-mails published in the New York Post story.

Twitter claimed without any substantiation that materials included in the New York Post article must have been obtained by hacking. According to the New York Post, however, the source of the e-mails discussed in its story was a laptop computer dropped off at a repair shop in Biden’s home state of Delaware in April 2019 that was never picked up. The owner of the repair shop said that the laptop bore a sticker from a foundation named after Beau Biden, Joe Biden’s late son and Hunter’s brother.

Twitter also justified its outrageous censorship decision by claiming that images in the New York Post article contained personal and private information. There is nothing private about Biden’s son providing his corrupt Ukrainian employer’s senior executive with access to his father Joe Biden, the most senior elected official besides President Obama himself at the time who was serving as the Obama administration’s point man in Ukraine while Hunter Biden was on Burisma’s payroll.

Twitter was just getting started with its censorship drive on behalf of Joe Biden. It locked the personal account of White House press secretary Kayleigh McEnany in retaliation for her sharing access to the New York Post story. Twitter also branded links to the website of the Republican members of the House Judiciary Committee as “potentially spammy of unsafe,” because the Republican members posted material from the New York Post’s story on their website.

On Thursday, Twitter temporarily suspended the official account of the Trump campaign. Twitter claimed that Team Trump’s tweet calling Democratic presidential nominee Joe Biden a “liar” and posting a video about Hunter Biden’s business dealings was a violation of their policy. Again, Twitter asserted that it took its drastic action because the tweet in question violated “our rules against posting private information.” But Twitter’s real agenda when it comes to this year’s presidential election is to cover up the truth about the Biden family’s web of corruption in order to help Biden get elected.

“This is chilling censorship of a sitting President’s re-election campaign 19 days from an election, plain and simple,” Andrew Clark, Trump campaign Rapid Response Director told Fox News. “Twitter is interfering in the election and trying to stop the public from learning damning information about the Biden family’s corruption at all cost, but our campaign and our supporters will not be silenced.”

Trump campaign communications director Tim Murtaugh accused Twitter of engaging in “election interference, plain and simple,” comparing what Twitter is doing to “something from communist China or Cuba, not the United States of America.”

The Trump campaign’s Twitter account has since been unlocked but it never should have been shut down in the first place. Nor should users sharing a legitimate news story highly relevant to the candidacy of Joe Biden and voters’ assessment of his character be blocked from doing so.

Did Twitter raise caution flags when users linked to a New York Times article published recently regarding President Trump’s private business dealings and taxes going back years before he was elected president? Of course not, even though the sources for the Times story were anonymous and may have violated the law in leaking Trump’s personal information to the New York Times. This is just one of many examples of Twitter’s gross double standard.

Silicon Valley’s bias towards the Democrats is overwhelming. Twitter employees are no exception. According to OpenSecrets’ 2020 election cycle report, 98.99% of Twitter employee donations have gone to Democratic federal candidates to date. Only 1.01% has gone to Republican federal candidates. Where Twitter employees want to donate their money is their business. But their company stepped way over the line to tip the scales in favor of the Biden campaign. Twitter shut down the Trump campaign’s Twitter account 19 days before the election, while leaving the Biden campaign’s account up and running without interruption to disseminate its political messages freely. Even though the shutdown of the Trump campaign’s Twitter account was only temporary, the shutdown reinforced Twitter’s other actions to suppress dissemination of the New York Post article. In sum, Twitter has provided the Biden campaign with a tremendous gift by censoring critical information about Joe Biden’s possible corrupt acts while serving as vice president that may foreshadow what he and his family would do if Biden is elected president. Voters have a right to have unfiltered access to this information, as they do to Joe Biden’s position on court packing, before they cast their votes.

Twitter may well have violated federal campaign finance laws with its one-sided censorship to benefit Biden’s campaign. As Missouri Republican Senator Josh Hawley wrote in a letter to the Federal Election Commission, “There can be no serious doubt that the Biden campaign derives extraordinary value from depriving voters access to information that, if true, would link the former Vice President to corrupt Ukrainian oligarchs.”

Twitter’s censorship does not technically violate the First Amendment’s protections for freedom of speech and press under current First Amendment jurisprudence because Twitter is regarded as a private company, not a governmental entity. The First Amendment prohibitions only apply to government actions restricting freedom of speech and press. However, social media giants such as Twitter and Facebook may have assumed quasi-public roles by setting themselves up as supposedly neutral public forums for the exchange of ideas and information among their users.

Section 230 of the Communications Decency Act immunizes such social media platforms from liability for content generated by their users. Either the social media giants should lose this protection if they continue to embark in outright political censorship, or they should be considered for First Amendment purposes the electronic equivalent of public squares for use by the public in general where people can regularly congregate virtually and communicate with each other. If, as is the case with Twitter, the social media platforms engage in a pervasive pattern of content discrimination and bias, especially in the political sphere, they should be fined or, in extreme cases, enjoined from operating until they reform their ways.

Senator Ted Cruz and other Senate Republicans are furious. Senator Cruz announced that they will be subpoenaing Twitter CEO Jack Dorsey (pictured above) to testify October 23rd. Action must be taken immediately to rein in Twitter and other social media giants who arrogantly censor public discourse on their vast platforms in order to disfavor one political candidate over another.