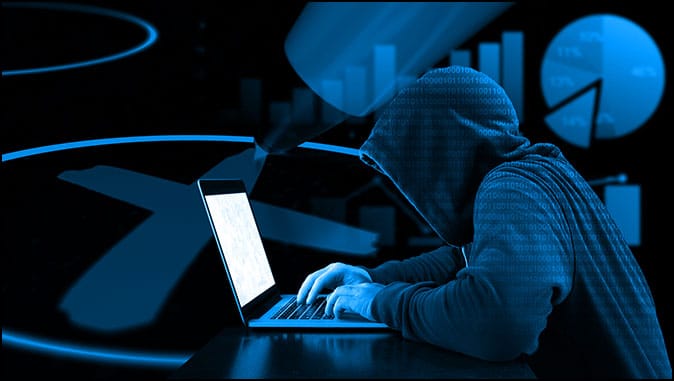 President Trump’s campaign lawyers, led by Trump’s personal lawyer Rudy Giuliani, held a contentious press conference Thursday at the Republican National Committee in Washington, DC. They outlined their evidence to date of what Giuliani described as a pattern of massive election fraud, which they plan to submit to courts in key battleground states where lawsuits have been or will be filed. Sidney Powell, who is a member of Trump’s legal team, and the Trump campaign’s senior legal advisor Jenna Ellis also spoke. Their central message was that, but for the rampant fraud and use of highly suspicious vote counting software systems, Trump would have won the election by a wide margin and that they had the evidence to prove it. They also accused the media of covering up the truth because of their hatred for President Trump.

Giuliani said that, based on his experience prosecuting some of the most dangerous criminals in the world, “I know crimes. I can smell them.” And criminal activity is what he is convinced occurred on a wide scale in this year’s presidential election.

Giuliani denounced what he called a centralized plan orchestrated by the Democratic Party to execute acts of voter fraud in big cities controlled by Democrats that have a long history of voter fraud. He cited Philadelphia as a prime example. Giuliani reminded the media attendees of Joe Biden’s own Freudian slip during the campaign when he boasted about having the most “extensive and inclusive voter fraud organization in history.”

The common pattern of voter fraud detected by Trump’s legal team includes the counting of votes of out of state residents, “over voting” in which 150, 200 or even 300 percent of the registered voters in a precinct had supposedly “voted,” intimidation of voters, and preventing inspectors from closely observing the counting of mail-in ballots.

In addition, Sidney Powell described how a vote counting software system used in various states to count votes in this year’s election had its roots in communist Venezuela. The late Venezuela dictator Hugo Chavez allegedly obtained and used the software to make sure that he would always win his fake elections. Venezuela’s current dictator Nicholas Maduro has continued to use it. “One of its most characteristic features is its ability to flip votes. It can set and run an algorithm that probably ran all over the country to take a certain percentage of votes from President Trump and flip them to President Biden,” Powell said. Powell went on to explain that when the software algorithms were overwhelmed by Trump’s initial large leads in key battleground states such as Pennsylvania and Michigan, causing the machines to shut down, big spikes of Biden votes suddenly appeared in the form of newly created or tampered mail-in ballots. That was evidently the Democrats’ “insurance” plan.

Jenna Ellis told the assembled reporters that “What you’ve heard now is basically an opening statement. This is what you can expect to see when we get to court to actually have a full trial on the merit, to actually show this evidence in court and prove our case.”

To back up his claims of election fraud with hard evidence, Giuliani referred to sworn affidavits submitted by American citizens who witnessed or were asked to participate in various criminal acts. One affidavit was submitted by an election worker in Michigan who swore that she was instructed by her supervisor to illegally backdate absentee ballots. She also said that she was instructed not to look for any of the signatures on absentee ballots and not to look for disqualifying deficiencies in the ballots. An affidavit also claimed that workers were instructed not to request photo ID from Michigan voters, contrary to state law requirements.

Giuliani mentioned an affidavit claiming that workers in Pennsylvania had been instructed to randomly assign ballots lacking names to someone, which resulted in thousands of voters in Pittsburgh seeking to vote who were told that votes had already been cast by others in their names.

Giuliani’s team had gathered over a thousand affidavits overall in various battleground states – including about 220 in Michigan alone – as well as other evidence that Giuliani said he was not free to disclose at this time.

In Pennsylvania, Giuliani said that election officials had violated the U.S. Constitution’s Equal Protection clause because counties applied different standards for vote counting and inspection as well as whether to allow mistakes in mail-in ballots to be cured.

Giuliani said that there were significant irregularities in Wisconsin, where as many as 100,000 illegal votes were allegedly cast as a result of misuse of the ballot mail-in process. This may be enough to overturn the press’s call that Biden had won in Wisconsin. Trump’s legal team is also about to file a major lawsuit in Georgia.

Al Gore took more than five weeks before he finally conceded the 2000 election to George W. Bush, and that was only after the Supreme Court ruled against his attempt to keep pressing for vote recounts in Florida. To date, it is less than three weeks since Election Day. The Electoral College votes on December 14th to formally cast their votes for president and vice president and make the projected election result official. Until then, the Trump campaign has every legal right to challenge in court, all the way up to the Supreme Court if necessary, what it believes was a fraudulent election.

If Trump’s lawyers lack enough evidence to overturn the projected election result, so be it. At least the defects of universal mail-in voting and the danger in relying on foreign-affiliated voter software system companies to count this nation’s votes will be exposed to help ensure the integrity of future elections.