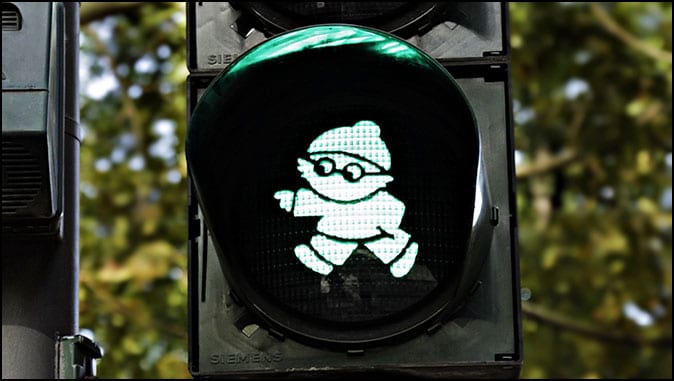 In the long battle between satire and life, the latter has won so thoroughly that there’s really no reason for the former to exist anymore.

On a related note, “The Unintentional Racism Found in Traffic Signals”.

This comes from David Kaufman, a former New York Times editor, who spends a lot of time writing op-eds about being biracial.

Stuff like this, “But normal is a relative term for me, a middle-class biracial gay dad… Despite my skin color, I’m (almost) as conventional as my white Upper East Side neighbors: I’m college-educated, high-earning, home-owning, and well-traveled.”

A few months back, before Covid-19 kept us in our homes and George Floyd made us take to the streets, I was walking with a friend, her daughter, and my twin sons. My friend is White and I’m not — something I’d never given a second thought until we reached a crosswalk. “Remember, honey,” she said to her daughter as we waited for the light to turn green, “we need to wait for the little White man to appear before we can cross the street.”

I realize that White people like to exert control over nearly everything everyone does, I thought, but since when did this literally include trying to cross the street?

Part of my surprise here was a function of age. My boys are a few months younger than her daughter and we hadn’t yet tackled the “crossing the street” component of basic toddler training. But as a Black dad, I was struck by the language at play. How is it possible that well into the 21st century, parents all over Manhattan — well-meaning, #BLM-marching parents — are teaching their children to ask “little White men” for permission to cross the street? And why doesn’t this seem to bother them?

This is why crybullies had to kill humor first. They wanted a monopoly on this extended performance piece. And then Andy Kaufman will show up and admit he made it all up.

Anyway, traffic signals are now racist. Because there’s a little white man. We need to change it to a little black man, which nobody will be able to see, but that’s fine because at least we’re tackling systemic racism and getting people killed because they don’t know when to cross the street.

Election Day Draws Near, and the Dice Are Rolling

Election Day Draws Near, and the Dice Are Rolling And a nation is at stake.…