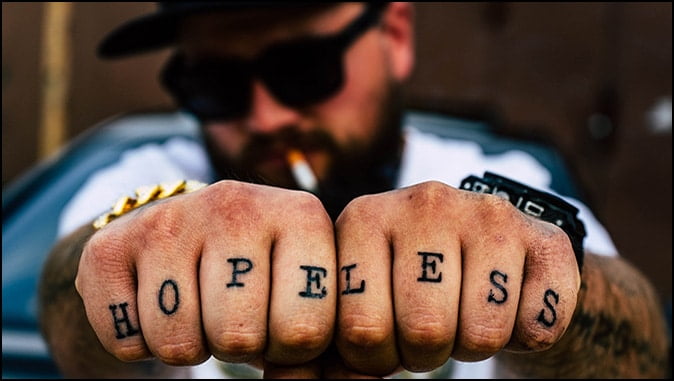 Thugs Killed More People in Chicago Than Coronavirus Did
There’s no social distancing for criminals.
By Daniel Greenfield

While the authorities are cracking down on miscreants attending drive-in church services or surfing in the ocean, urban gangs are practicing social distancing by shooting their victims from passing cars.

With 4 dead and 19 wounded over the weekend, Chicago’s gangs made it clear that they weren’t staying home. Either that or they thought that shooting rival drug dealers was an essential activity.

And for them it probably is.

While local media broadcast pictures of a deserted Windy City, the shootings paralleled those of previous years. Orders to stay at home, like most laws, don’t apply to criminals.

In one single day in early April, Chicago thugs killed 6 people and shot 21. So far this year, 117 people have been killed, and 522 were wounded. By the time you read this, the numbers will be higher.

Only 86 people in Chicago, so far, have died of the coronavirus.

Chicago’s thugs can give any pandemic a run for its money. And then shoot it in the back.

Pastor Michael Pfleger, Chicago’s other clerical Obama mentor, blamed, “anger, frustration, and depression.” Depression takes many forms. Like the two gentlemen who were shooting at each other from two different cars. Now that’s social distancing. Or the man who shot a 5-year-old girl in the foot.

Meanwhile, Cook County freed 300 inmates. Toni Preckwinkle, the president of the Cook County Board of Commissioners, has said that she wants to figure out how to get 1,000 criminals “back into the community safely”. And once they’re safely there, they can safely shoot some more people.

And that comes at a time when 200 Chicago cops have been diagnosed with the coronavirus.

Preckwinkle, who is also the Chair of the Cook County Democratic Party, had previously attacked Mayor Lori Lightfoot of Chicago for suggesting that releasing repeat offenders in any way causes shootings.

Since not nearly enough people and 5-year-old girls are being shot in Chicago, Preckwinkle is determined to reduce the prison population by a third. That means potentially freeing 2,000 criminals.

And the gunshots will speak for themselves.

New York City might be in the middle of a catastrophic pandemic, but thugs still found time to murder three people over the weekend. Three people were shot while setting up a memorial for their friend who had been shot and killed the day before. That doesn’t count your old-fashioned stabbers like the subway rider in a surgical mask who stabbed a sleeping rider before fleeing the train.

The Big Apple freed 1,500 criminals from jail. “Today the jail population is at a number last seen in 1949,” the De Blasio administration boasted. As if making Escape from New York a reality by locking up the city’s population with criminals was a good thing, instead of another reason for Bill de Blasio’s next job to involve cleaning out the toilets at Grand Central Station with a toothbrush for the rest of his life.

Meanwhile a fifth of the NYPD is out sick.

“By keeping more people in the jails, you are increasing the overall number of people who contract the virus,” David Patton, the head of the public defender’s office complained. “They are playing roulette with people’s lives.”

And they’ve chosen to bet all their money on the lives of the criminals, not their potential victims.

Over in Baltimore, 2 people were killed and six others wounded in weekend shootings. Baltimore has been having its own coronavirus jailbreak.

“Now is not the time for a piecemeal approach where we go into court and argue one by one for the release of at-risk individuals,” State’s Attorney Marilyn Mosby insisted.

What harm could setting loose more criminals do in the City That Bleeds?

6 people were shot over the weekend in Patterson, NJ. In Jacksonville, FL, crime is really booming with 18 killed and 55 wounded in March. That’s a threefold increase from last year. And the trend shows no signs of slowing down with 10 murders and 23 shootings so far in April.

Things are also heating up in Cleveland where an off-duty cop called 911 to report being shot at. 5 people were wounded in shootings in 6 hours. 3 men were shot in the parking lot of a funeral home.

What’s going on in Cleveland? Local authorities cut the county jail population in half by about 1,000.

And it’s not a tough choice in Cleveland.

In Cincinnati, one man murdered 4 people over the weekend. In Rockford, Il, there were 4 weekend shootings. In High Point, NC, it was 6 weekend shootings. There were 5 shootings in 4 hours in Trenton, NJ. 6 people were shot in Bakersfield, CA. 5 people were shot in Columbus, OH. There were 4 shootings in Milwaukee and another 4 in Louisville, KY. The same story can be found in cities across America.

“Given heightened emotions that were already visible and evident early on in the day from the life that was lost and from the people that were shot that day it was better to allow people to gather to go ahead and mourn,” Mayor Warren said.

Laws apply to some people and not to others. They don’t apply to gangs and criminals.

The coronavirus lockdowns have effectively imprisoned the law-abiding population of this country while leaving the criminals free to rampage in the streets. The authorities have responded by releasing criminals from prison and telling the police not to arrest the perpetrators of many different crimes.

And this is the outcome.

People are berated, threatened, and fined for leaving the house. The rules for the law-abiding population change every day. (Not long ago, people were warned not to wear masks. Now they’re fined if they’re caught not wearing them.) But there are no rules for criminals. This is their time.

The authorities target people praying at a drive-in at church while gangs battle it out in the streets.