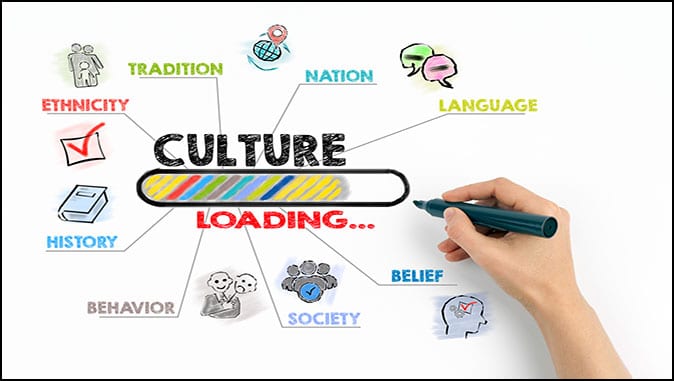 This Elephant in the Living Room is Out of Control—All Cultures Are Not Equal!
By Don Boys

All cultures are constantly changing at various speeds, depending on the circumstances: famines, wars, pestilence, economy, etc. It is now considered racist to think one culture is better than another is but all sane, honest, informed people know there is a vast difference in cultures.

The UK’s Channel 4 presented a documentary of an “artist” eating the corpse of a baby. Is that practice to be applauded? Is it beyond criticism? What does it say for a culture where that is permitted? Does acceptance of that not prove the English culture is reverting to its primitive past?

Is it wrong for a superior culture to change an uneducated, unethical, unsafe, or unsophisticated culture?

That is the elephant in the living room. We prefer not to recognize it, and most people are afraid to admit it or even discuss it, but it is there. So, let’s face it. Some cultures are far better than others are, and inferior ones should be helped. That change should be accomplished by confronting, challenging, and convincing, but not compelling.

There, it’s been said. If I am perceived to be a bigot or a white supremacist or a kloset Klansman, so be it. However, intellectual honesty and personal character will require an answer.

Of course, some cultures are better than others. And I may think my culture is preferred to yours, but I have no right to force you to acquiesce to mine. Nor do you have the right to force me to yours.

Culture doesn’t have to be related to race, but it often is. However, culture always has to do with values, and values always require judgment. And that is what leftists detest: they cannot defend their values or lack thereof. Since they can’t or won’t defend their values, they resent anyone who professes values, especially if they are vastly different from their own.

Moreover, they get indignant when we declare that personal virtues determine society’s future values. And our certitude causes them to be indignant.

Values are personal, sincere, and important beliefs that must not be forced on anyone. Of course, people of principle who think values are important will seek to convince others of their importance. That goes with the thought that those desired values are superior to others. If they are not, then it is unnecessary and wasted effort to try to pass them on.

Did the bloody Aztec and Mayan Empires have a right to do their own thing, sacrificing thousands of people yearly and often eating them? When an Aztec wanted to have you for dinner, he really wanted to have you for dinner! Most people have some reservations about that. To further show the human-eating Aztec’s deplorable values, they didn’t use a knife and fork—or napkins.

No, that is not very important, but it is part of a culture.

Was Spain racist in trying to change the Aztecs’ behavior? Does Spain’s looting of the Aztec gold mitigate the bloody practices of the Aztecs? Do headhunting and cannibalistic societies have a right to be left to their vicious cultures? Upon what basis?

All cultures are not equal.

Yes, I think the values of Western Civilization are superior to others. One could add Western Christian Civilization. When we think of values, we don’t think of the Eastern religions or Islam; we think of Christianity. You know—the Ten Commandments, the Golden Rule, and such. That’s why the left hates Christianity; they don’t want any restrictions on their living; hedonists think life is much more fun when there are no rules. Although, I have discovered the reverse is true.

Just because a group—Blacks, Hispanics, Muslims, LGBTQ crowd—has been cloaked with the appellation of collective rights because of immigration status, racial deprivations, persecution, etc., does not mean I must accept their values. Some of the groups I reject in whole or in part because of their absence of high, honest, and honorable values. If I think their values are hostile to mine and are abhorrent, I will not pretend we are equal. Moreover, I will not invite them to visit my dinner table in the presence of my family to push, promote, and preach their hostile and abhorrent values as acceptable.

People with values respect their bodies; therefore, they dress appropriately, not for the jungle or desert, but in a civilized matter, thinking of their own dignity and respect for others. I have seen crude, classless, and corrupt women go topless (and some almost topless) in public and others urinate in major cities of the world. Some at least turn their backs, while others let it all hang out. In Paris, a well-dressed black mother permitted her child to defecate on the sidewalk beside the Notre-Dame Cathedral while a police officer turned his head away.

All cultures are not equal. Some are more equal than others as you see radical Communists being pampered, promoted, and protected by the mass media and even high-level officials. BLM and Antifa followers are of the same caliber as those in the 1917 Bolshevik Revolution.

Every major university used to teach a course on Western Civilization, but few schools do so anymore. The New York Post reported, “By 2010, none of the 50 top universities required Western civilization, and 34 didn’t even offer the course.” Black civil rights leader Jesse Jackson led chants that demanded, “Hey, Hey, Ho, Ho, Western Culture’s got to go.”