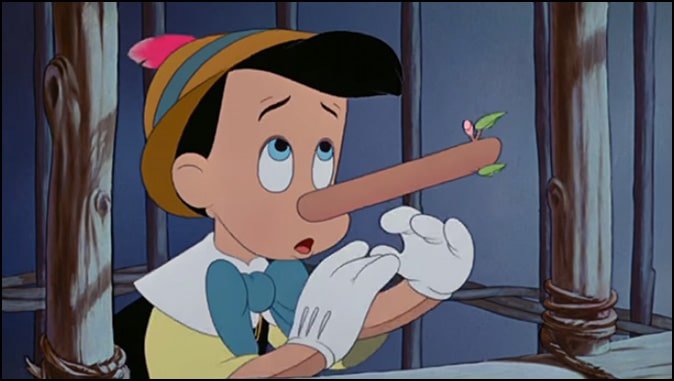 Fact checking becomes more of a joke every year.

The media has escalated from bias to propaganda to casually lying on a level usually reserved for North Korean propaganda channels with no consequences on social media, even as that same media pushes to have its ‘fact checkers’ censor conservatives.

The Washington Post, despite running its own fact checking operation, is one of the worst offenders around. The Jeff Bezos and Marty Baron social justice rag is to journalism what Pravda was to the news. It churns out social justice clickbait that it knows to be false as long as it makes for a better headline that is more likely to be shared on social media.

Take this recent viral story of a Nevada sheriff who told the Douglas County Public Library Board of Trustees, “Due to your support of Black Lives Matter and the obvious lack of support or trust with the Douglas County Sheriff’s Office, please do not feel the need to call 911 for help. I wish you good luck with disturbances and lewd behavior, since those are just some of the recent calls my office has assisted you with in the past.”

And the Washington Post’s Tim Elfrink decided to lie about it.

A Nevada library wanted to back Black Lives Matter. The sheriff said he wouldn’t respond to 911 calls there. – Washington Post

As anyone who can read, a category that probably includes even Washington Post hacks, can see that’s not what Sheriff Coverley said. Sheriff Coverley did not say that he wouldn’t respond to 911 calls, but suggested that the library should live up to its principles by not calling 911.

The problem isn’t just in the headline. Another WaPo paragraph surreally reads, “A county spokesperson later told the Reno Gazette Journal that despite the sheriff’s statement, deputies would continue responding to calls from the library.”

Despite what? The Sheriff’s statement never said otherwise.

“Coverley may be the first police official to threaten to withhold emergency services over a Black Lives Matter argument,” Elfrink’s Post rant claims.

Except that Coverly never threatened to do any such thing.

After settling the Sandmann lawsuit, is the Washington Post really desperate to be sued again?