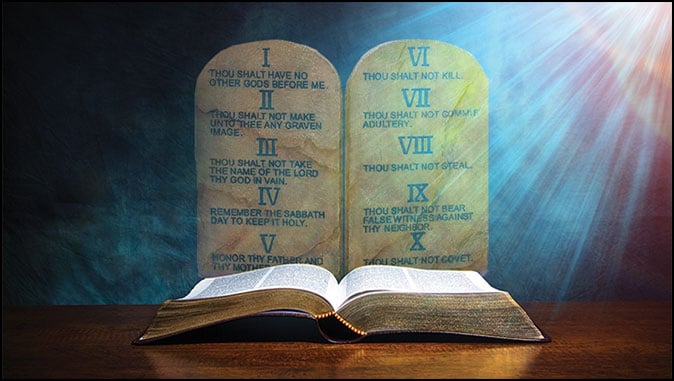 The War on the Christian Foundation of America
By Stephen McDowell

June 2020: The American republic and our founding principles are under attack. Those orchestrating the recent riots, protests, destruction of statues, and calls to defund the police seek to fundamentally transform America. Under the guise of correcting abuse, they really want to dismantle the founding principles of the most free and prosperous nation in the history of the world. They want to replace our Christian foundations with secular humanistic beliefs. But in doing so they are, in the words of Benjamin Franklin, “beating their mother.” Learn why in this brief article by Stephen McDowell.

In 1980 the Supreme Court ruled in Stone v. Graham that the public schools of Kentucky could not display the Ten Commandments on the walls. The Court said: “If the posted copies of the Ten Commandments are to have any effect at all, it will be to induce the schoolchildren to read, meditate upon, perhaps to venerate and obey, the Commandments.”

While some think that the principles of living contained in the Bible as summarized by the Ten Commandments are a threat to the liberties of America, the exact opposite is true. It has been these moral standards of right and wrong that have formed the foundation of liberty and prosperity in our nation.

Why then has such an assault developed in recent years against these principles? A war of worldviews, between one that is Christian and one that is humanistic, is at the root of the conflict in our nation today.

Humanists argue that there are no absolutes. Right and wrong are based upon the consensus of the majority or upon the views of a minority in power; hence, law is evolving.

In great contrast is the Christian worldview which is based upon God’s absolutes as revealed in the Bible. He is the source of right and wrong. This was the view of law in America for most of our history.

Some would ask, “What difference does it make, if we have a Christian or humanistic foundation? Just as long as I have my freedoms.” We must understand that ideas have consequences. The fruit we get is determined by the seeds we plant. The fruit of America has been liberty and prosperity beyond that of any nation in history. If we change seeds, we will get different results.

Toward the end of his life, Benjamin Franklin (who was not orthodox in his beliefs) wrote a reply to Thomas Paine seeking to dissuade him from publishing a work of an irreligious tendency which spoke against Christian fundamentals. He told Paine that no good would come from his publishing his ideas, writing that “He that spits against the wind, spits in his own face.” Franklin told Paine that “perhaps you are indebted to…your religious education, for the habits of virtue upon which you now justly value yourself. … Among us it is not necessary, as among the Hottentots, that a youth, to be raised into the company of men, should prove his manhood by beating his mother.” Only evil would result if Paine’s ideas succeeded, for, as Franklin wrote, “If men are so wicked with religion, what would they be if without it.”

Many today in America are “beating their mother” when they seek to remove Christianity from our public life. Christianity is what has produced the liberty and prosperity that has allowed people to pursue such unwise action.

Christianity has been the life-blood of America. If the Christian worldview prevails it will once again nourish every aspect of the life of this nation producing freedom, justice, prosperity, and life for all.

The Presidential History of US-Israel Relations (Part 2 of 5)

The Presidential History of US-Israel Relations (Part 2 of 5) Dr. David Reagan Since the…

The Left's Defense of Arson and Looting as Weapons Against 'Institutionalized Racism' Once again, progressives…