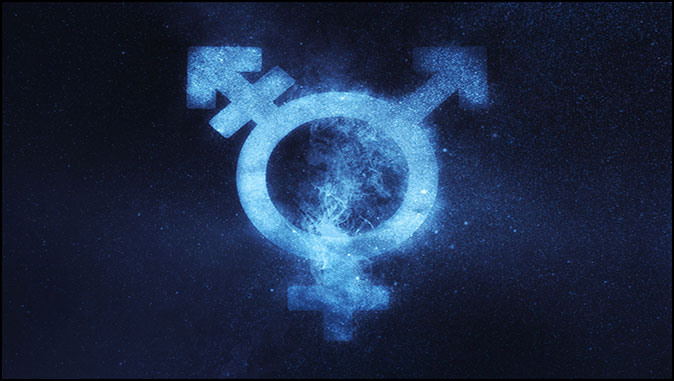 The Trans Exception
When it comes to gender identity, journalists give even criminals the benefit of the doubt.
By Bruce Bawer

Bruce Bawer is a Shillman Fellow at the David Horowitz Freedom Center.

On June 24, five female customers at Wi Spa, an establishment on Wilshire Boulevard in the Koreatown neighborhood of Los Angeles, complained to an employee that a fellow customer was exposing male genitalia in the part of the spa reserved exclusively for women and girls. In an exchange that was recorded on a videotape – and that went viral when posted online shortly thereafter – one of the complainants was told that the management couldn’t do anything to ease her concerns because the patron in question identified as a woman, and was therefore permitted under California law to wander around the distaff section with her manhood on full display.

Controversy ensued. In one protest rally outside the spa, described by the Guardian as “far-right” and “anti-trans,” women held signs reading “protect female spaces.” What fascists! Antifa activists, taking the side of the still-unnamed penis-having person, committed violence (although the Guardian was carefully ambiguous about who was responsible for it). The LAPD made dozens of arrests.

Then, last Thursday, the phallus-flasher was charged with five felony counts of indecent exposure and, for the first time, was identified. The lady’s name: Darren Merager – who, as it turns out, has been a registered sex offender since 2006, with convictions for indecent exposure dating back to 2002 and 2003; in July of this year, Merager went on trial for seven additional counts of the same offense, the first of which took place in 2019.

After Merager’s arrest, ABC News reported that court records showed “more than 40 cases of various types under Manager’s name filed in courthouses around Southern California, dating back at least three decades.” But despite this long rap sheet, Merager played the victim card, telling Andy Ngo in an exclusive interview for the New York Post that the Wi Spa patrons who’d complained were “transphobic” and guilty of “sexual harassment.”

There’s more. Indecent exposure, it appears, is only one of Merager’s illegal activities of choice. A Google search turns up a 2014 Los Angeles Times article about the sentencing to four years in prison of one Darren Agee Merager, then age 44, for stealing millions of dollars in paintings and other items. (The ages match up: the Merager of Wi Spa fame is 52.) Curiously, there’s no specific mention of this previous conviction in any of the many articles I’ve consulted about the Wi Spa incident.

There’s one particularly interesting detail in the seven-year-old L.A. Times piece (which appeared, note well, over a decade after Merager’s first convictions for indecent exposure): it refers to Merager as a man. At that time, apparently, Merager had not yet begun identifying as female – but had already been nabbed for showing off his stuff to women.

Dare one suggest, then, that Merager – who, after all, appears never to have taken the trouble to legally change his first name – might not really, in his heart of hearts, think that he was born into the wrong sex? Might it be, just possibly, that the whole thing is a ruse, a stratagem, a scam, an imposture by a career criminal, the sole purpose of which is to gain access to settings where a person with male private parts can expose them in the presence of biological women and girls?

Frankly, such a conclusion doesn’t seem much of a stretch. Yet in reporting the latest development in the Wi Spa case, most of the mainstream media outlets I’ve examined have continued to give the perp the benefit of the doubt. Los Angeles Magazine, for example, identified Merager as “a local transgender woman” and referred to the spa’s “decision not to expel the woman from the spa.” KTLA also went with “she,” although the local Fox channel’s website bravely opted for “he.”

All of which raises the question: at what point is it permissible for someone in the media to call foul on a biological male’s claim to be female? Or vice-versa?

This case brought to mind another. While Merager has been arrested multiple times, Jessica Yaniv – who was born Jonathan Yaniv, and whose legal name is Jessica Simpson – has made a career out of trying to get other people in trouble. Specifically, Yaniv, who lives in British Columbia, has reported beauticians, most of them Asian immigrants, for refusing to wax her hairy male junk – driving some of them out of business in the process – and has summoned the local fire department on several dozen occasions to help her out of a bathtub, even though she didn’t really require help.

It’s obvious that Yaniv is a guy who pretends to be a trans woman so he can manipulate others into situations that turn him on. Either that, or he just likes being a royal nuisance, filing lawsuits, and trying to collect damages. But when feminist writer Meghan Murphy dared to refer to Yaniv as a “he,” she was permanently removed from Twitter for that gravest of 21st-century offenses, misgendering. Moreover, although Yaniv has been pulling these stunts for years now, the Canadian media still dutifully refer to him as a woman and use the pronouns “she” and “her.”

Of course, the problem here is this. In the last few years, in response to pressure from transgender activists, and without any real society-wide debate whatsoever, almost everybody in the American mainstream media agreed to buy into the notion that a person belongs to whichever sex he or she professes to belong to at any given moment – no matter what that person’s genitals, gonads, and secondary sexual characteristics may indicate. This policy not only involves agreeing to give subjective feelings precedence over biological facts – which itself, until the day before yesterday, was a rather radical move. It also means crediting people with being honest about their subjective feelings – which is arguably an even more radical move.

Granted, journalism has been degraded in a great many ways in recent years. But only when it comes to this one topic – transgender identity – is it now the rule, rather than the exception, to prioritize the subjective over the objective, and to accept without question a person’s claim to belong to this or that sex. Only when a self-declared trans man or woman is involved in a news story are all the ordinary rules of evidence and observational reporting set aside, and absolute confidence placed in an individual’s personal testimony, in the name of respect for and sensitivity to a tiny class of people who insist that they aren’t what they appear to be.

This is a huge concession – especially at a time when the number of assertions of transgender identity has soared suspiciously – and some of us are happier with this concession than others. Yet when it comes to shady characters like Darren Merager and Jonathan Yaniv, none of us should be pleased to see the media persist in playing along with their charades by calling them “she” rather than “he.” In such instances, to put it bluntly, it feels as if we’re all being played for major-league schmucks.

Then again, in a weird way we all owe people like Merager and Yaniv a debt of gratitude. For their cases throw into high relief the singular challenge to responsible reporting that’s posed by the trans exception to the rules of journalism. Perhaps the Wi Spa incident won’t prove to be the tipping point we need. But at some point, surely, something has to happen that will lead sensible souls to admit that, when it comes to talking and writing about people who say they’re trans, we’ve all signed on to a bizarre and irrational deal that’s crying out for renegotiation.