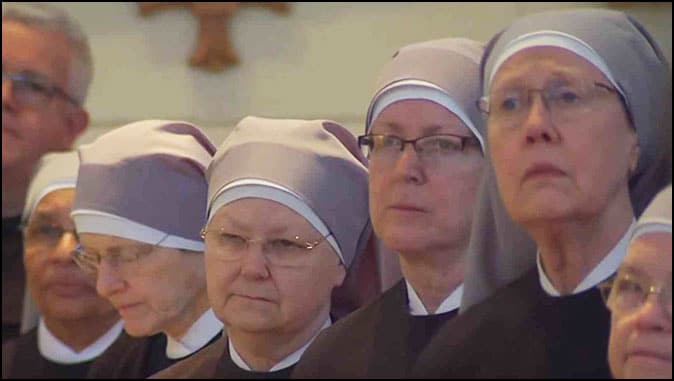 The Supreme Court this term has thwarted the progressive left’s relentless assault on religious liberty in three milestone cases. In all these cases, a majority of the justices decided that religious freedom is such a fundamental constitutional right that it cannot be so easily encroached to serve secular objectives. As the Supreme Court has now made clear, the principle of separation of state and religious institutions does not mean compelling an individual to violate his or her religious beliefs in order to fulfill a secular government policy objective that can be achieved in a manner that is more accommodating of those beliefs. It does not mean forcing religious institutions to compromise their own religious teaching standards. And it does not mean that parents who wish to exercise their religious beliefs by enrolling their children in religious private schools are automatically ineligible for state aid that is made available to parents enrolling their children in secular private schools.

The First Amendment’s prohibition against the establishment of religion and its protection of freedom of religion are complementary, not antithetical to each other. Our Founding Fathers determined that the sacred is best respected by maximizing individual freedom of conscience, which is the essence of the First Amendment’s protections for freedom of religion and the prohibition against establishment of religion by the state. The separation of religious institutions and state ensures that all religious believers and non-believers receive equal treatment under the law, and that the government will never establish an official state religion. But it was not intended to punish or place unreasonable burdens on people of faith.

By a vote of 7-2, including liberal Justices Stephen Breyer and Elena Kagan in the majority, the Supreme Court ruled on Wednesday in favor of the Little Sisters of the Poor (pictured above), who had objected on religious grounds to a Obamacare regulation that required many employers to pay for their employees’ contraceptives. This mandate did not appear in the Patient Protection and Affordable Care Act of 2010 (ACA) itself. The Little Sisters believed that the Obama administration’s convoluted attempt to accommodate religious organizations still made them complicit in carrying out the contraceptive mandate that violated their religious beliefs.

“For over 150 years, the Little Sisters have engaged in faithful service and sacrifice, motivated by a religious calling to surrender all for the sake of their brother,” wrote Justice Clarence Thomas for the majority. “But for the past seven years, they—like many other religious objectors who have participated in the litigation and rulemakings leading up to today’s decision— have had to fight for the ability to continue in their noble work without violating their sincerely held religious beliefs. After two decisions from this Court and multiple failed regulatory attempts, the Federal Government has arrived at a solution that exempts the Little Sisters from the source of their complicity-based concerns—the administratively imposed contraceptive mandate.”

The Court upheld the exemption drawn up by the Trump administration, which applied to organizations with religious or moral objections to the contraceptive mandate and did not require any actions on their part that they feared would make them complicit in carrying out the contraceptive mandate. While the majority opinion in this case focused on the power of the executive branch departments to create such exemptions under the ACA, the decision itself still stands as an important affirmation of the importance of religious freedom as codified in the Religious Freedom Restoration Act (RFRA). Justice Thomas wrote that “ the contraceptive mandate violated RFRA as applied to entities with complicity-based objections.” He added that the executive departments would be expected to “consider RFRA going forward” and “must accept the sincerely held complicity-based objections of religious entities.”

Justice Ginsburg wrote a scathing dissent, which exemplifies the anti-religion bias of today’s progressives. She accused the majority of casting “totally aside countervailing rights and interests in its zeal to secure religious rights to the nth degree.” She has it backwards. Congress itself did not treat the provision of free contraceptives to all women as compelling enough to even include in the ACA statute itself. Individuals looking to obtain contraceptives for free, including female executives making big salaries and bonuses, should not be allowed to impose their will on employers with sincerely held religious beliefs. There are other means through which these individuals can obtain the contraceptives for free or at very little cost.

In another religious freedom decision that the Supreme Court announced on Wednesday, the Court ruled by a 7 to 2 vote that two Los Angeles-area Catholic schools were immune from discrimination suits brought by two former teachers under an expanded interpretation of what courts have referred to as the “ministerial exception.” The case was decided on First Amendment grounds, which protects the right of churches and other religious institutions to decide matters regarding faith and doctrine without government intrusion. This includes protecting their autonomy with respect to internal management decisions. Such decisions may relate to the employment, supervision, and termination of individuals holding positions that are deemed essential to the institution’s central religious mission. These individuals are not limited to the clergy. They may also include teachers providing instruction in the religious institution’s faith.

“The religious education and formation of students is the very reason for the existence of most private religious schools, and therefore the selection and supervision of the teachers upon whom the schools rely to do this work lie at the core of their mission,” Justice Samuel Alito wrote for the majority. “Judicial review of the way in which religious schools discharge those responsibilities would undermine the independence of religious institutions in a way that the First Amendment does not tolerate.”

Justice Sonia Sotomayor wrote the dissent in this case. “Our pluralistic society requires religious entities to abide by generally applicable laws,” she declared. True enough as an abstract statement. However, it begs the question of how far a law can be applied to the internal management of a religious institution without entangling the government in matters of faith instruction that would violate the Establishment Clause of the First Amendment. Justice Sotomayor got hung up on whether the teachers claiming that they had been discriminated against must have the title of “minister” in order to invoke the “ministerial exception.” Although these particular teachers did not have that formal title, they willingly chose to teach religious doctrine to students in a Catholic school. They knew that they would be evaluated based largely upon the quality of their religious teaching, which no outside government agency or court can second guess without entangling themselves in the religious affairs of a religious institution. If the employees instead had been office assistants performing duties with no central religious function, such as sorting mail or answering phones, and were terminated for allegedly discriminatory reasons, the First Amendment Establishment Clause would not come into play. Progressives like Justice Sotomayor do not seem to understand the difference.

Finally, the Supreme Court ruled that religious schools are entitled to have the same access to scholarships and funds as other private schools. The Court ruled by a 5 to 4 vote that the application of a provision prohibiting government aid to religious schools while granting such aid to private secular schools discriminated against religious schools and the families whose children attend or hope to attend them. This discrimination violated the First Amendment’s Free Exercise Clause. “A state need not subsidize private education,” Chief Justice John Roberts wrote in the majority opinion. “But once a state decides to do so, it cannot disqualify some private schools solely because they are religious.” He added that the no-aid provision directed against religious schools and their families cut the families off “from otherwise available benefits if they choose a religious private school rather than a secular one, and for no other reason.”

Government hostility to religious schools is not what the Constitution requires in order to comply with the Establishment Clause. To the contrary, the Free Exercise Clause prohibits such blatant discrimination against religious schools, which had its origins in the anti-Catholic Blaine Amendment of the 1870s. In her dissent, Justice Sotomayor appeared to think otherwise. She would grant the government “some room” to “single…out” religious entities “for exclusion” based on what she views as “the interests embodied in the Religion Clauses.” Justice Sotomayor called the Court’s ruling “perverse.”

Perverse is a more accurate description of Justice Sotomayor’s hostility to religion. She is perfectly willing to force someone to choose between his or her religious beliefs and enabling someone else’s choice to obtain free contraceptives. Justice Sotomayor is also perfectly willing to deprive a religious parent of the state aid needed to pay for the parent’s choice of a private school the parent deems most suitable for his or her children’s faith-based instruction. At the same time, she seems to have no problem if such aid were made available to a parent choosing a secular school, even one with a curriculum that includes anti-religious materials.

Progressives want no walls at our nation’s southern border. However, they wail about any nick in their fanatical secularist vision of an impenetrable wall of separation between church and state. The Supreme Court has wisely rejected this perverted vision.